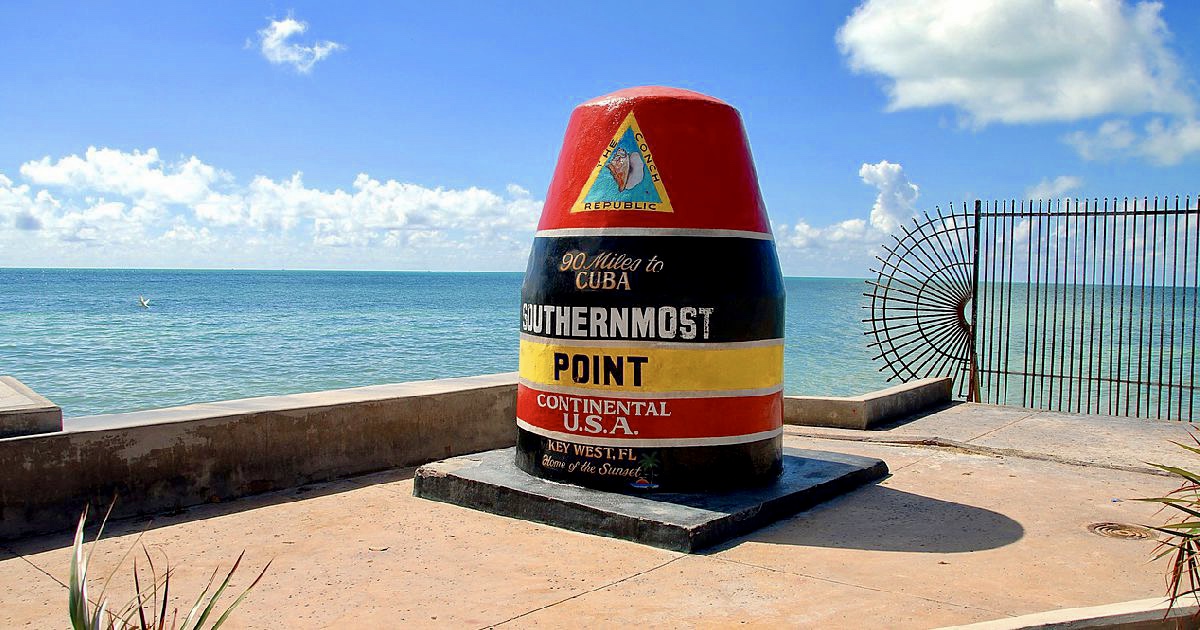 Close your eyes and imagine paradise…

Imagine a place with candy-colored beach houses from the early 20thcentury with Pride flags flying right next to American flags.

The weather is almost always sunny and warm. The crime level is low and the police officers are rare, and when they are present, it’s usually to lend a helping hand.

An open-container of alcohol is legal – in fact, encouraged because the town is known as “Margaritaville.” Yet very few alcohol-related violent incidents happen, even as the aroma of liquor drifts out of the open-air bars and down the street.

Some call this place paradise, but it’s best known as Key West, Florida. 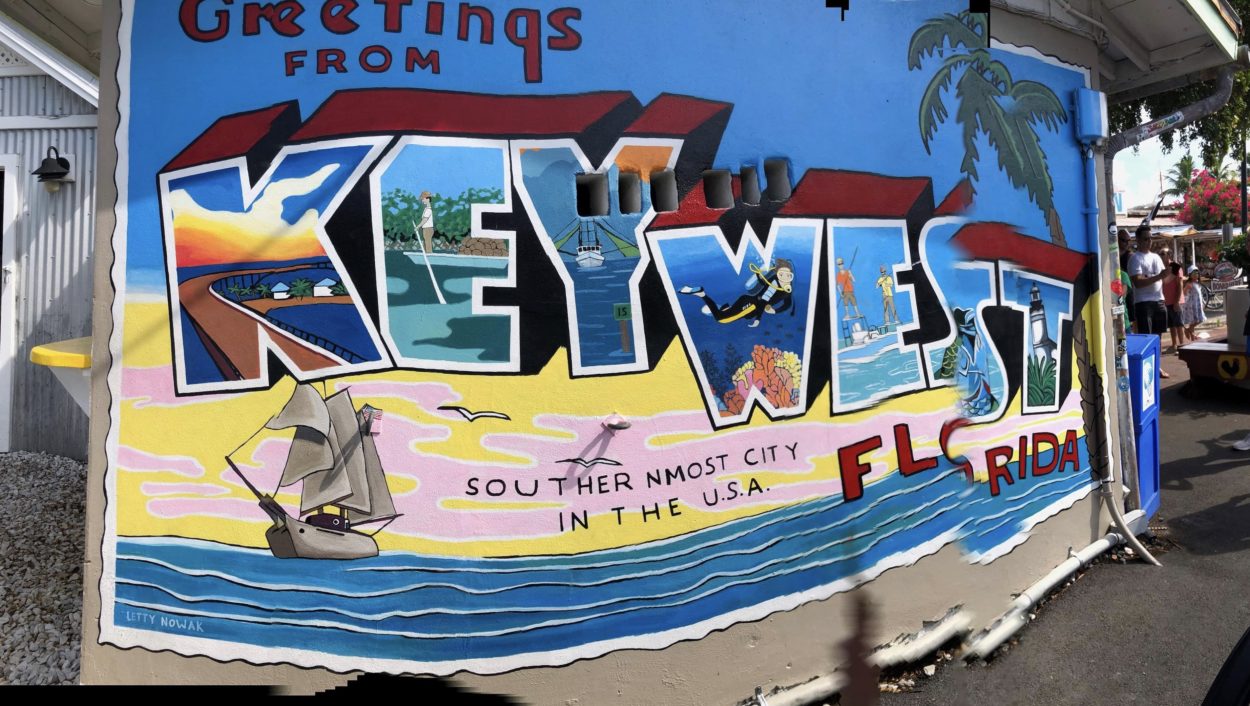 Imagine, too, a girl enjoying a Cuban bagel with an iced coffee in a golf cart while parked in the street outside a lovely little scuba rental store. As expected, the girl had her phone out taking pictures for the ‘gram (Instagram if you’re not hip). Then, the phone was put safely away. Or so she thought. 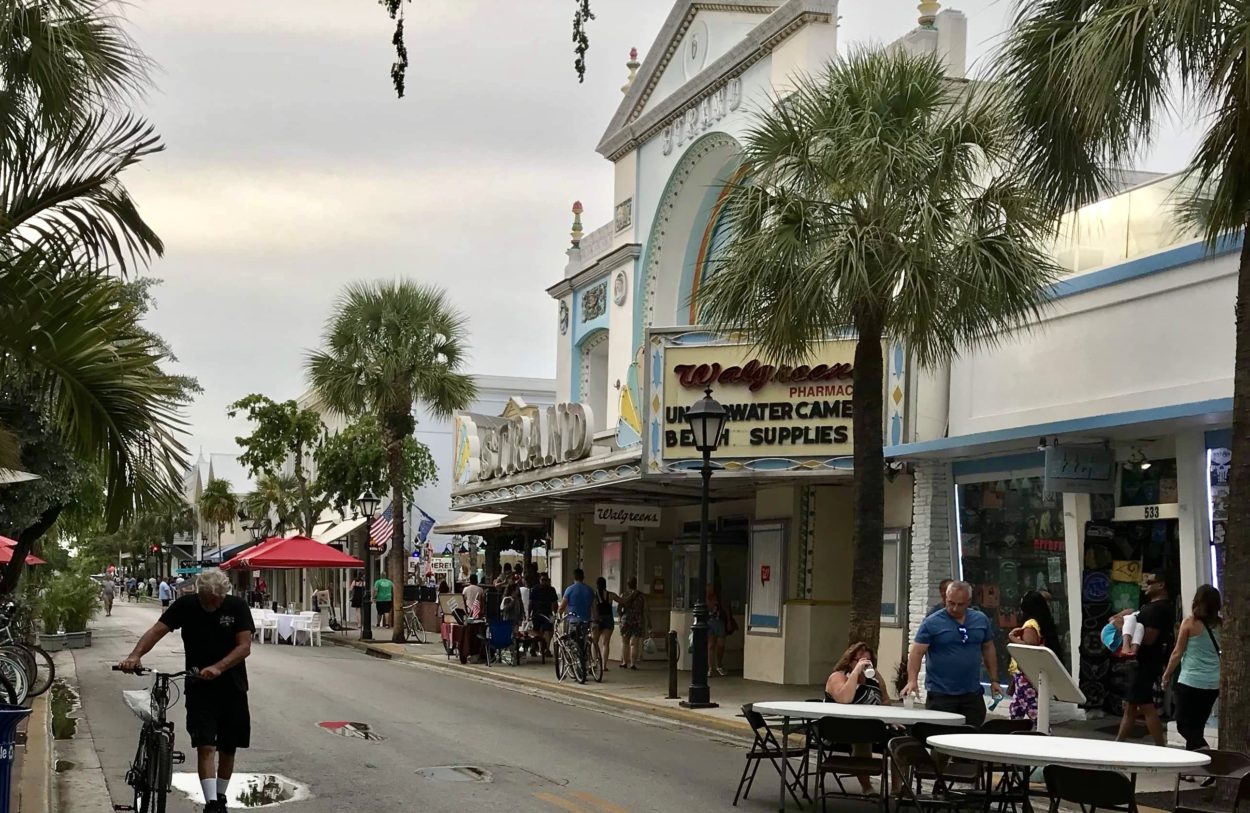 As she drove to her next stop and reached for her phone to capture more memories, she discovered it was missing. After quickly looking around the immediate area, she drove back to her previous parking spot, searching the roadside as she went.

Upon arrival, the girl  found no sign of her phone. She went inside the store to ask if anyone had seen it, and there it was on the counter. Some good Samaritan had found it on the street and brought it into the rental store.

No coercion was necessary for this person to do the right thing by leaving the phone at the store in case the owner came back for it. Humans are capable of good without force, and good can be just as, if not more, impactful at the individual level rather than the governmental level.

Utopia is never realistically feasible. It is a perfect place that will never exist on Earth. The best you can hope for is a Heaven after this life. Thus, any plan for radical equality leads to Venezuela or some other communist hell.

Everyone is born into a different situation and that is something that must be accepted. That difference should even be celebrated because individual diversity is beautiful. It would be mind-numbingly boring if everyone was alike with the same experiences and thoughts.

The closest to utopia you can get is a system where opportunity is possible, individual liberty is respected, and trade of goods is both peaceful and fulfilling.

Key West, Florida is not perfect – especially from a libertarian perspective. The regulations are strict. The government controls who can partake in many industries and tamps down competition.

The regulations come from the local and state governments, as well as the federal government (Jones Act, I’m looking at you). All these things, in turn, raise the price of goods and hinder business-owners and entrepreneurs in creating products and opportunity.

There are homeless people (as there will be in all warm climates), but the police keep the streets clear and safe for tourists to stumble back to their hotel in the wee hours of the night.

The island of Key West sits about 90 miles from Cuba, where individuality and liberty are basically nonexistent. The Castro revolution killed and/or robbed successful businesses, thus destroying their economy and bringing great poverty and oppression on the previously wealthy country.

President Bill Clinton changed the former “Open Door Policy” regarding Cuban immigrants to the Wet Foot, Dry Foot policy. Under that rule, those brave souls who reached our coast with no help from boats, the American government, or anyone else, would be allowed to become American citizens.

For years, Cuban citizens have been prohibited to leave their country (since 2013 they technically can but at an exorbitant price). Up until President Obama ended Wet Foot, Dry Foot, Cuban individuals would brave the shark-infested, rough, and generally dangerous waters between Cuba and Florida to float to freedom.

Key West might not be perfect. It is no Utopia. There is always something that could be better. Free markets and individual liberty could always be greater. But realistically it is much better and more libertarian leaning than many of the alternatives, including their neighbors to the south.

Is a libertarian utopia possible? No, but being a libertarian is about individuality and diversity. Which means not every state, or municipality is going to be the same and “perfect”. Realistically, political libertarians will win some and lose some. But there is no doubt that human and economic flourishing is greater in Key West than 90 miles to the south – and that is thanks to liberty.