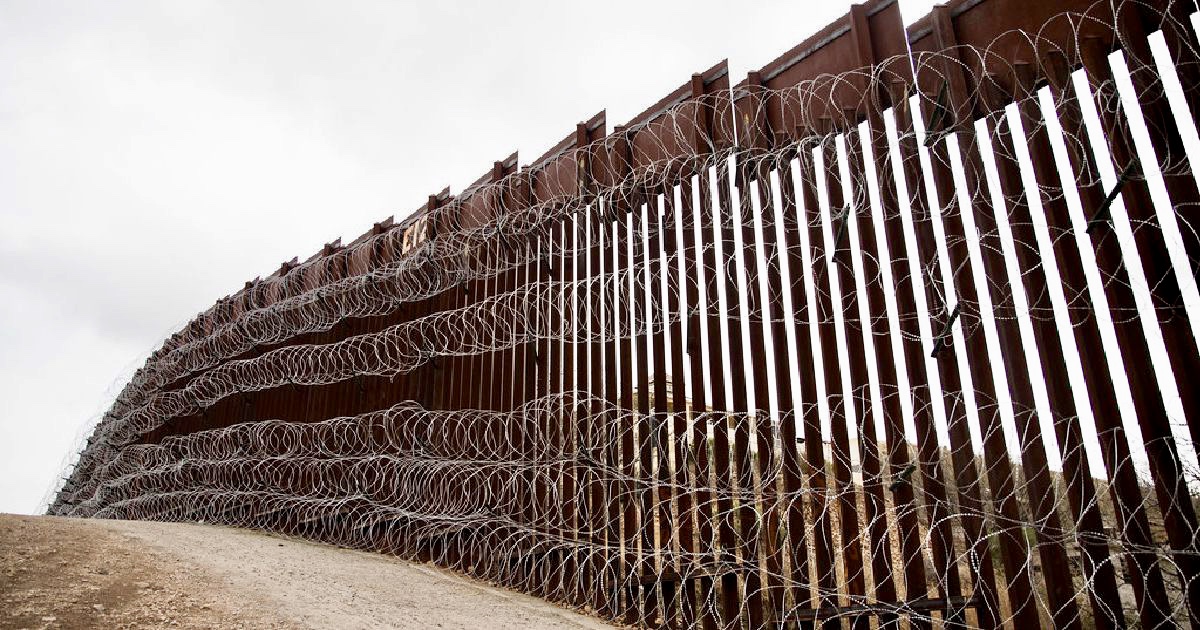 The Supreme Court ruled that the Trump administration could proceed with its plans to use $2.5 billion in Pentagon funding to continue with the administration’s plans to build a wall along America’s Southern border on Friday.

President Trump tweeted about the SCOTUS’ decision Friday calling it a victory for both border security and the rule of law.

The Supreme Court overturned the ruling of the 9th U.S. Circuit Court of Appeals in San Francisco which had blocked the Trump administration from using military funding to deliver on one of his biggest campaign promises, according to Fox News.

The ruling to allow the Defense Department to use money for the wall was split along ideological lines in a 5-4 decision, according to CNN. The liberal Justices Ruth Bader Ginsburg, Sonia Sotomayor, and Elena Kagan wrote they would have blocked funding for now. Justice Stephen Breyer wrote a split opinion, agreeing in part with both the left and right-leaning members of the court and saying he would allow government funds to finalize terms for contractors, but block funds from contributing to the wall’s actual construction.

The Department of Justice was happy with the SCOTUS ruling on Friday.

“We are pleased that the Supreme Court recognized that the lower courts should not have halted construction of walls on the southern border,” Justice Department spokesperson Alexei Woltornist said in a statement. “We will continue to vigorously defend the Administration’s efforts to protect our Nation.”, according to Fox News.

However, not everyone shares the same enthusiasm over the nation’s highest court’s ruling.

Fox News reported the ACLU voiced their distaste for the decision and vowed to fight to ensure it will be overturned.

“This is not over,” said Dror Ladin, a staff attorney with the ACLU’s National Security Project. “We will be asking the federal appeals court to expedite the ongoing appeals proceeding to halt the irreversible and imminent damage from Trump’s border wall. Border communities, the environment, and our Constitution’s separation of powers will be permanently harmed should Trump get away with pillaging military funds for a xenophobic border wall Congress denied.”

For now, it appears President Trump is winning his fight against Congressional Democrats over funding for his border wall; a battle which is proving to be hard-fought, and previously resulted in the government being shut down for 35 days.

As the saga unfolds, it remains to be seen if President Trump will fulfill one of his biggest campaign promises as the 2020 election approaches.

Is a Libertarian Utopia Possible?

The Socialist History of the Pledge (Interview) ~ Sundays With Steffi