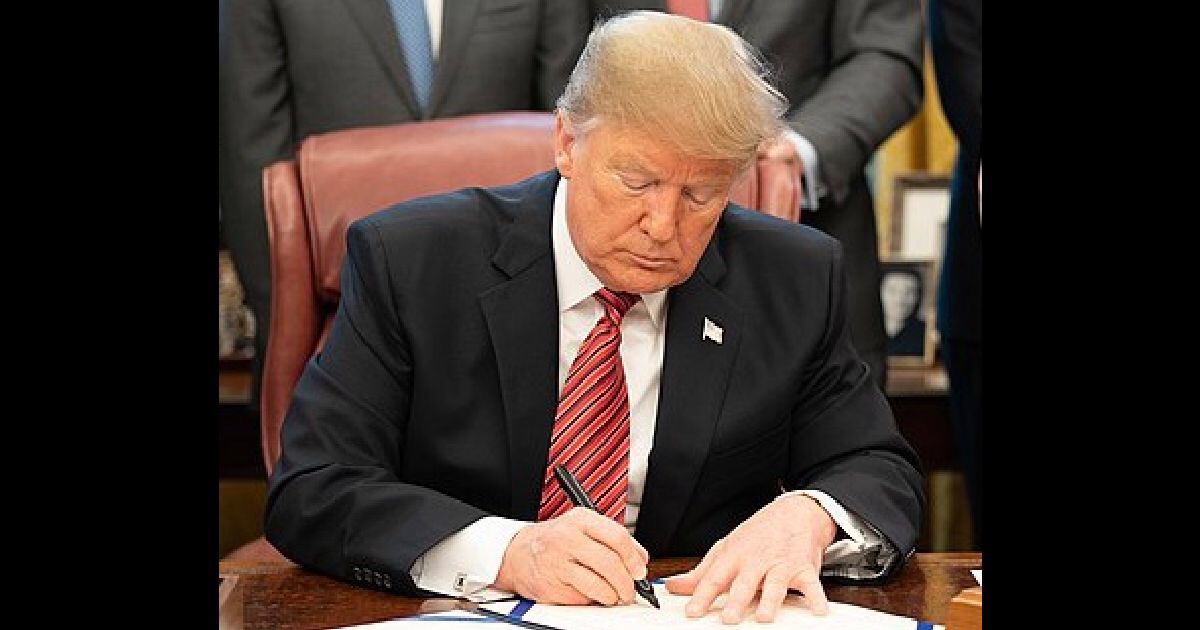 The Senate voted to put the ax to President Donald Trump’s national emergency declaration which he planned to use to construct a border wall along the US/Mexico border on Thursday. This looks like it will set up the first veto battle with the current administration.

The Senate passed a resolution to block the president’s emergency declaration in a vote of 59-41. It should be noted that there is a broad base of concern when it comes to Trump’s actions overstepping executive authority, Twelve of the votes in favor of the resolution came from Republicans who broke the GOP rank and file on this issue.

Neither chamber has the votes to override the president, who tweeted shortly after the vote was closed:

President Trump made a last-ditch appeal to Republican senators, restating that he will veto the resolution and signaling he could be open to future changes to his emergency powers, and even accusing Republicans who voted “yes” of standing with House Speaker Nancy Pelosi (D-Calif.).
“Prominent legal scholars agree that our actions to address the National Emergency at the Southern Border and to protect the American people are both CONSTITUTIONAL and EXPRESSLY authorized by Congress….” Trump said in a string of tweets.

But President Trump’s words fell on deaf ears, as various factions of the GOP including libertarian-leaning senators, moderates and members of Republican leadership joined forces to squash the president’s attempt at executive overreach.

Sen. John Cornyn (R-Texas), who supported Trump in the vote, argued that the president should view the fight as a victory because his veto will ultimately be sustained. “The House is going to sustain his veto, so I think he ought to accept that as a win,” Cornyn said asked about the potential fallout between the president and GOP senators.

The Republicans who broke rank with President Trump did so on the grounds on the protection of the Constitution’s separation of powers and not an outright rebuke of his border wall. Among the dissenters is Republican Senator Susan Collins who said, “That is why this issue is not about strengthening our border security, a goal that I support and have voted to advance. … It is a solemn occasion involving whether or not this body will stand up for its institutional prerogatives and will support the separation of powers enshrined in our Constitution,” Collins said. “We must stand up and defend Congress’s institutional powers as the Framers intended that we would. Even when doing so is inconvenient or goes against the outcome that we might prefer.”

Collins said separately that while she had talked to White House staff, she had not spoken directly to the President about her vote. She added that she expected he would not “be happy” but that she was “letting the chips fall.”

Sen. Lamar Alexander (R-Tenn.), who is retiring at the end of the current Congress, argued that a vote against the emergency declaration was a “check on the executive [that] is a crucial source of our freedom.”

The resolution now heads to President Trump’s desk, where he is expected to use the first veto of his presidency to defeat it.

Ocasio-Cortez Has Ties To A Dark Money Group