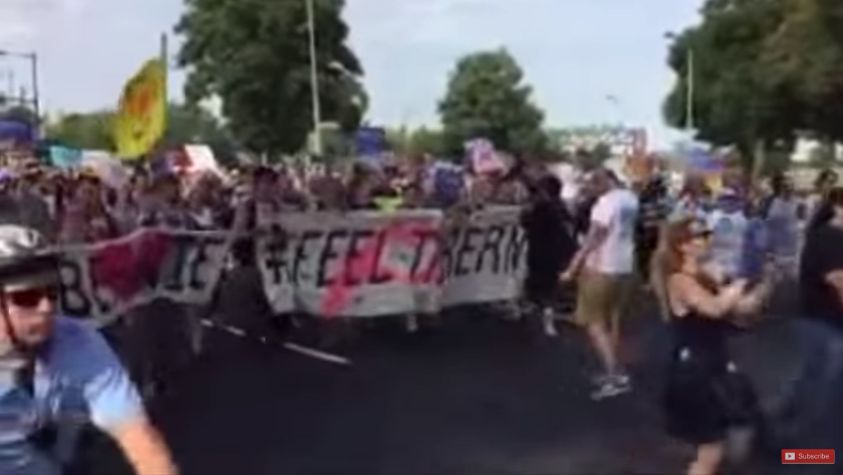 Hundreds of Bernie Sanders supporters and angry Democrats are protesting their own party’s convention in Philadelphia, where Hillary Clinton will accept the party’s nomination for president. Protesters are angry over leaked emails showing collusion between Democratic Party officials and the Hillary Clinton campaign, something Bernie Sanders has alleged for some time.

The demonstration is significant and shows that both parties have major issues with party unity heading into the general election.