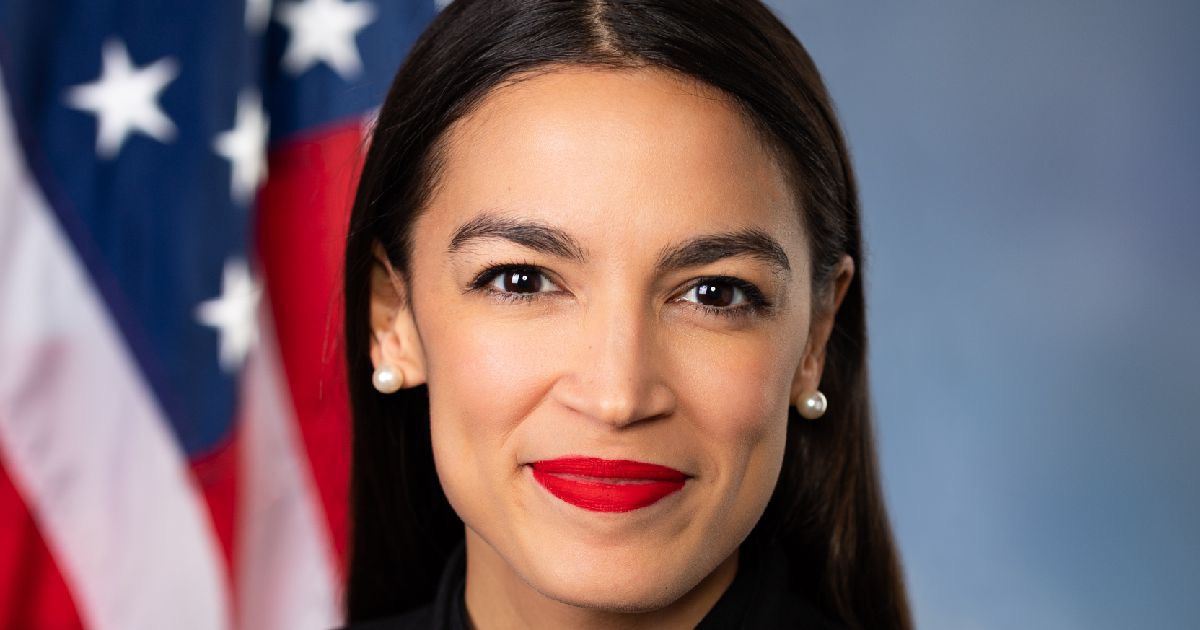 Americans are no longer just flirting with the idea of socialism. They’re increasingly enamored by it. And women, in particular, are some of its biggest fans.

It makes sense, in a way. When women are told enough times that they’re oppressed victims who need expansive government programs to address structural inequalities, they’re likely to start believing it.

Indeed, a full 55% of women apparently believe it. According to a new Harris poll commissioned by Axios, a majority of women now say they’d be better off living in a socialist country than a capitalist one. By contrast, the survey found a majority of men would still prefer to live in a capitalist society.

Take the issue of abortion, for example. The left frames the debate as an equality issue, one in which women are lacking “reproductive freedom.” Until they have full, unrestricted access to government-funded abortions, it’s impossible for them to be equal.

Of course, the ability to end the life of an unborn child has nothing to do with women’s equality (unless we’re talking about the life of a baby girl in the womb). But the left tells women otherwise.

The “gender wage gap” is another example in which women are brainwashed into thinking society is stacked against them. Despite multiple studies indicating there’s a “gender choice gap” between the sexes rather than a “gender wage gap,” a stunning 83% of women believe a wage gap exists.

When women’s magazines such as Marie Claire perpetuate these myths, publishing articles such as “14 Ways Women Still Aren’t Equal to Men,” it should come as no surprise that 55% of women now support a political movement whose end goal is to ensure equal outcomes through more government intervention.

It’s obviously concerning, but one thing is clear: Whether it’s men or women, those who support socialism don’t appear to grasp what “socialism” fully means.

The Truth About ‘Democratic Socialism’

Those leading the campaign for “democratic socialism,” such as Sen. Bernie Sanders, I-Vt., and Rep. Alexandria Ocasio-Cortez, D-N.Y., are quick to mock conservatives when we point to the Soviet Union or Venezuela as examples of why socialist economies don’t just fail to work, but are deadly.

Instead, they point to European countries like Denmark, Sweden, Norway, and Finland as evidence of why the fight for “political and economic freedom,” as they phrase it, is perfectly reasonable.

These countries, though, aren’t socialist at all. In fact, The Heritage Foundation’s annual Index of Economic Freedom ranks Finland, Sweden, Denmark, the Netherlands, and the United Kingdom among the top 20 most free economies in the world.

Many of them, however, do provide large welfare benefits such as government-funded health care, college tuition, and housing.

On the surface, it doesn’t sound half bad. Who wouldn’t want the government to pay for all these things?

That is, until you learn the cost.

A new Heritage Foundation analysis by tax expert Adam Michel found that recent proposals such as “Medicare for All,” free college, a national job guarantee, paid family and medical leave, and the Green New Deal, “are conservatively estimated to cost more than $50 trillion over 10 years, or about $5 trillion a year.”

To put those numbers into perspective, the 2019 federal budget is $4.4 trillion—less than the total sum of these new programs.

So how would we go about paying for all these benefits? Sen. Elizabeth Warren, D-Mass., proposed a “wealth tax,” which would tax the richest Americans at 70% and impose a tax on financial transactions. Other Democrats have supported this idea.

But according to Heritage’s analysis, “A Progressive Road Map for Soaking the Middle Class,” in the most optimistic scenario, that would raise about $300 billion a year, or just 6% of the new spending proposed.

Share these numbers with self-proclaimed democratic socialists, and they’re still unlikely to be convinced. If so many European countries can do it, they’ll ask, why can’t we?

In their defense, they have a point. There is a way to fund big government and provide a one-size-fits-all government-run health care program, and many European countries are already doing it.

But not just by taxing the rich.

On average, Heritage found, our European counterparts tax all income over $37,000 a year at 50% or more. And that’s just a starting point—higher income is taxed more.

On top of that, individuals face other taxes such as social security. And most people who’ve traveled to Europe are also familiar with that pesky 20% VAT tax—Europe’s version of our sales tax.

Imagine paying 20% more on every grocery item you buy, in every retail store you shop, and on every product at every point of sale, starting with the raw materials and going all the way to the final retail purchase.

Goods and services would get expensive—fast. And now, you’d have less income to pay for it.

So, do American women—or men—really want to cut their income in half? And do they really want to pay 20% more whenever they shop? If our country is to spend like the so-called democratic socialists in Europe, we’ll have to tax like them, too.

A better question for the 55% of women who say they’d rather live in a “democratic socialist” country is this: How much are you—personally—willing to pay?

And furthermore, with a massive welfare state that’s so inviting to immigrants and refugees, to what ends are you willing to go to protect it?

How to Protect a ‘Democratic Socialist’ State

Last week, Denmark elected its youngest-ever prime minister, 41-year-old Mette Frederiksen. Frederiksen identifies as a “democratic socialist,” but only won her race by embracing “some of the most aggressive anti-immigrant laws in Europe.” (Don’t take my word for it—take CNN’s.)

These policies include banning face coverings, placing a moratorium on accepting United Nations refugees, sending asylum-seekers to special camps in North Africa while their requests are being processed, and enacting “ghetto laws” that target where minorities and immigrants live.

These immigration policies align with neither the American left or right. But in a welfare state, they make perfect sense: When you have such generous benefits, you must go to great lengths to protect them for your citizens.

“Democratic socialism” clearly comes at great costs. Until American women truly understand that, we shouldn’t be surprised by polls that tell us this is what women want—especially women who are fed the lie that they’re treated unfairly.

In communicating these costs, conservatives would be wise to make the conversation more personal. What percent of your income are you, personally, willing to pay?

Until they conclusively answer 50% or more—and another 20% on everything they buy—I, personally, am inclined not to believe them.

Because “democratic socialism” is nothing but a clever marketing campaign built on victimhood and farce.

Kelsey Bolar is a senior news producer at The Daily Signal and co-host of “Problematic Women,” a podcast. Send an email to Kelsey.

American Tyranny Is Real: The War on Liberty Gets Personal