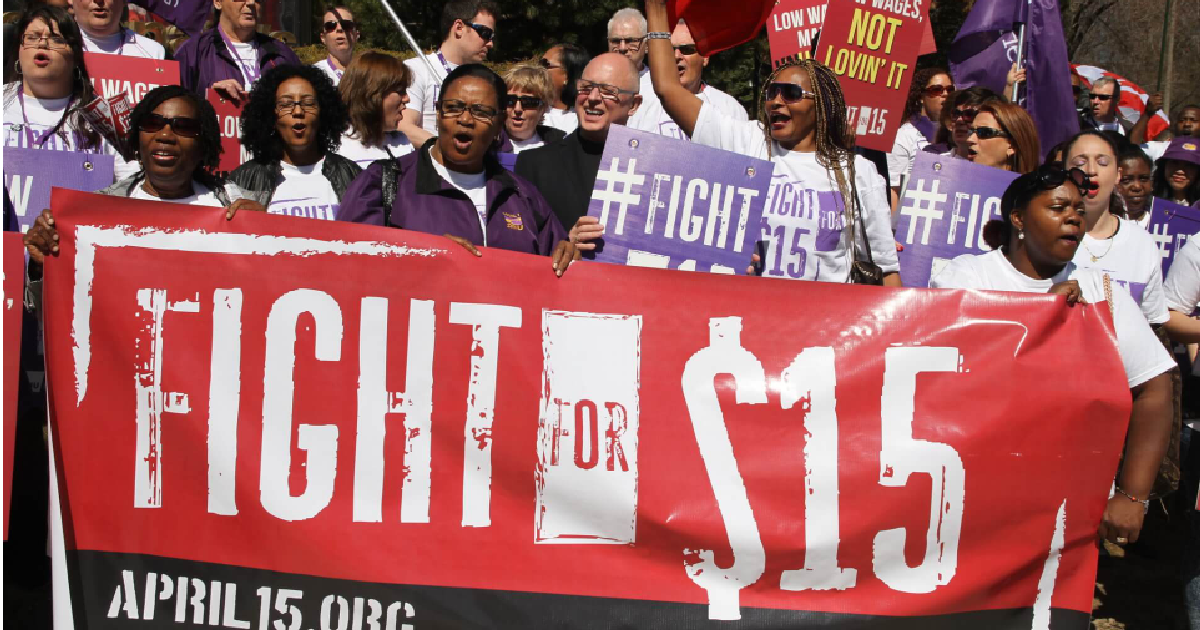 The House voted 231-199 Thursday to raise the national minimum wage from $7.25 to $15 an hour over six years, with Democrats contending the bill would raise wages for millions of Americans.

“The House is preparing to pass the #RaiseTheWage Act, which would give up to 33 million Americans a raise by gradually lifting the federal minimum wage to $15/hr,” House Speaker Nancy Pelosi, D-Calif., tweeted Thursday before the vote.

Three Republicans voted for the legislation, HR 582, while six Democrats opposed it.

The companion $15 minimum wage bill, S 150, introduced by Sen. Bernie Sanders, I-Vt., is unlikely to get a vote in, or be passed by, the Republican-controlled Senate.

Last week, on July 8, the Congressional Budget Office released a reportestimating that the U.S. could lose 1.3 million jobs by raising the minimum wage to $15 an hour once it was fully implemented by 2025. It also estimated that up to 27 million workers would receive higher wages, and the number of individuals below the poverty line would decrease by 1.3 million.

The Coffee Shop, a restaurant in New York City where freshman Rep. Alexandria Ocasio-Cortez, D-N.Y., once tended bar, went out of business last year, citing the anticipated increase to $15 an hour in the city’s minimum wage as the reason for closing its doors.

“The minimum wage is going up,” Charles Milite, who co-owned the eatery, said, “and we have a huge number of employees.”

But Ocasio-Cortez still appears to support legislation of the sort that put her onetime employer out of business.

In late May, the New York freshman legislator waited tables “to raise awareness for Democrats’ fight to increase the national minimum wage to $15 an hour,” CNN reported.

“I was nervous that I may have lost my touch – still got it! That muscle memory doesn’t quit,” Ocasio-Cortez tweeted May 31. “Now let’s pass #RaiseTheWageand get $15 an hour minimum for every worker in America.”

It’s not just the Coffee Shop that has closed its doors in anticipation of a $15 an hour minimum wage.

The Facesof15.com, a website that chronicles the results of the $15 minimum wage, includes stories from nearly 150 restaurants and small businesses across the country that have suffered significant consequences because of rising minimum wages, including going out of business, increasing prices to consumers, and laying off workers.

Rachel Greszler, a senior policy analyst in economics and entitlements at The Heritage Foundation, told The Daily Signal in an email that a $15 minimum wage would not be good for American workers and would lead to job losses through increased automation in the job market.

“A $15 federal minimum wage would create a survival-of-the-fittest labor market, boosting the incomes of some and devastating the incomes and opportunities of others. Hardest-hit would be individuals with little experience, women, minorities, and those with disabilities, an inability to speak English, or a criminal record,” Greszler said.

“America is supposed to be a land of opportunity, not one that shuts the door on anyone who cannot make $15 per hour—the equivalent of more than $38,000 in compensation costs for an employer,” she said.

Rachel del Guidice is a congressional reporter for The Daily Signal. She is a graduate of Franciscan University of Steubenville, Forge Leadership Network, and The Heritage Foundation’s Young Leaders Program. Send an email to Rachel.