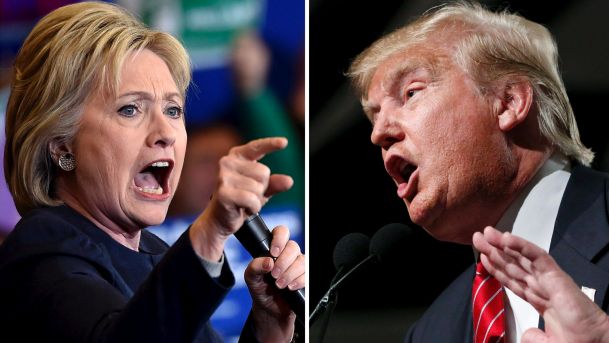 Hillary Clinton advisers are reportedly upset she’s not seen as a key figure of the Donald Trump “resistance” movement, and are moving to get her out in public more.

“There’s clear frustration among some close to HRC that she’s not seen as a central resistance figure — wouldn’t be shocked to see more of her,” Politico’s Gabriel Debenedetti tweeted Friday.

Clinton has largely laid low following her defeat in the 2016 presidential election, but she resurfaced briefly Friday to give a commencement address at her alma mater Wellesly College. If Debenedetti is right, she can be expected to make more public appearances in the near future in an effort to boost her profile.

“You may have heard that things didn’t exactly go the way I planned,” she said in the address. “But you know what? I’m doing okay. I’ve gotten to spend time with my family, especially my amazing grandchildren. I was going to give the entire commencement speech about them but was talked out of it. Long walks in the woods. Organizing my closets, right? I won’t lie. Chardonnay helped a little too.”

Of course many members of the resistance may be reluctant to embrace Clinton as a “central” figure, because her failure to defeat Trump is what sparked the movement in the first place.

Her commencement address was largely a reiteration of the same themes and ideas she presented on the campaign trail (and in the same tone) that failed to win her the presidency, and again signaled a disconnect with many Americans in terms of priorities.

“It is an attack of unimaginable cruelty on the most vulnerable among us,” she said at one point, referring to the Republican budget in terms that could easily apply to the devastating terror attack on a concert packed with young girls in Manchester. “The youngest, the oldest, the poorest, and hardworking people who need a little help to gain or hang on to a decent middle-class life.”

Five Steps to Get Out of Debt for Good