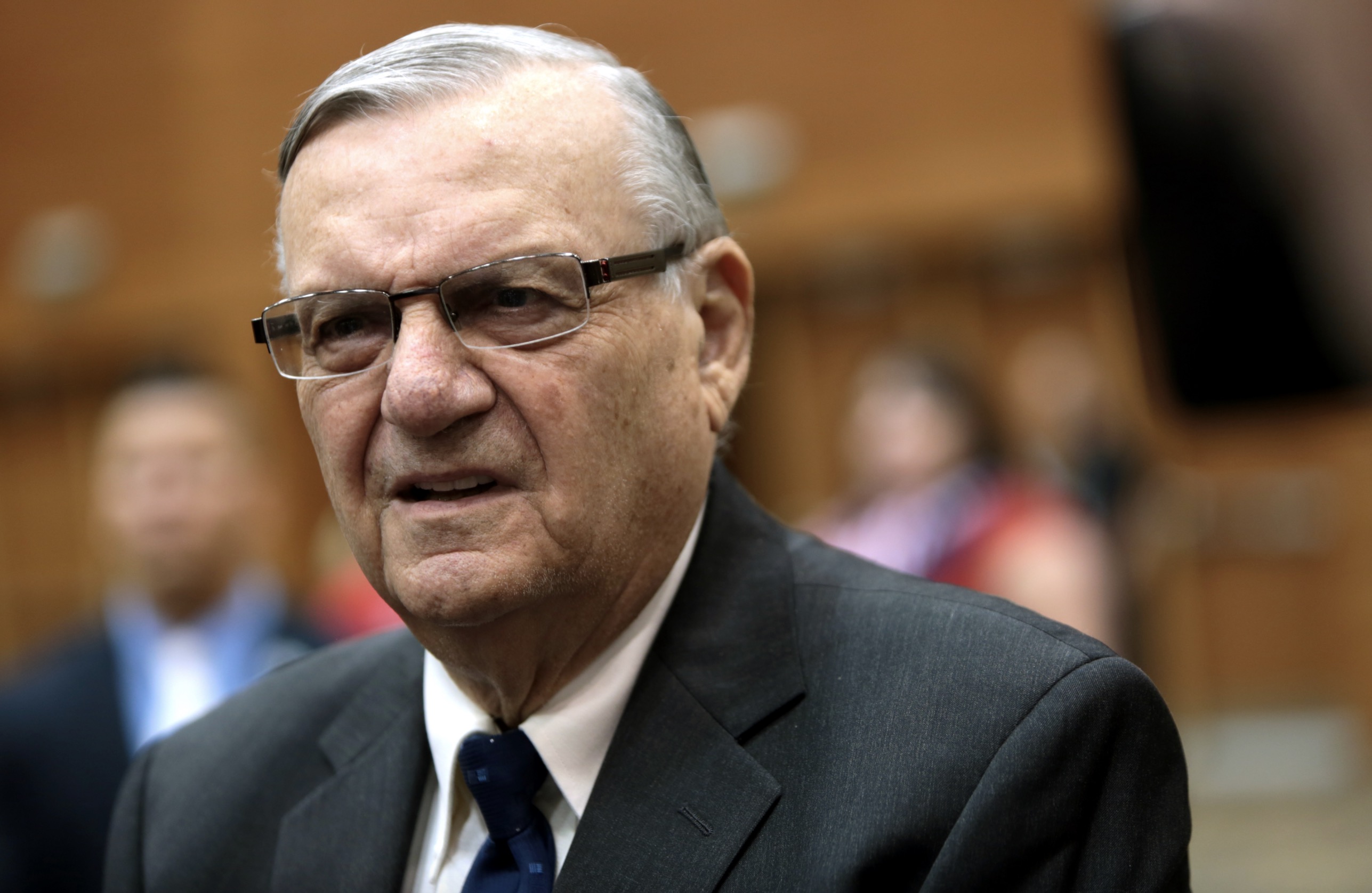 Former Arizona Maricopa County sheriff said Monday that he may challenge Sen. Jeff Flake for his seat in the upcoming 2018 election cycle.

“All I’m saying is the door is open and we’ll see what happens. I’ve got support. I know what support I have,” the 85-year-old former sheriff told reporters.

President Donald Trump pardoned Arpaio Friday. The former sheriff was convicted in July of criminal contempt for defying a federal court order to stop detaining individuals suspected of being in the country illegally.

The administration sang the praises of Arpaio Friday, releasing a statement following the pardoning announcement that said: “Throughout his time as Sheriff, Arpaio continued his life’s work of protecting the public from the scourges of crime and illegal immigration. Sheriff Joe Arpaio is now eighty-five years old, and after more than fifty years of admirable service to our Nation, he is worthy candidate for a Presidential pardon.”

Flake is currently up for re-election in 2018 and faces former state Sen. Kelli Ward, a candidate that is more in-line with the president’s agenda. Trump threw his support behind ward in mid August, lambasting Flake for his stances on immigration and crime.

Great to see that Dr. Kelli Ward is running against Flake Jeff Flake, who is WEAK on borders, crime and a non-factor in Senate. He's toxic!

“Great to see that Dr. Kelli Ward is running against Flake Jeff Flake, who is WEAK on borders, crime and a non-factor in Senate. He’s toxic!” Trump tweeted.

For his part, Flake has been rather critical of the president, calling his travel ban “morally repugnant.” The senator is also released a book in which he describes the Republican Party as in “denial,” when they chose to make Trump the nominee.

Time For A New Conservative/Libertarian Alliance?