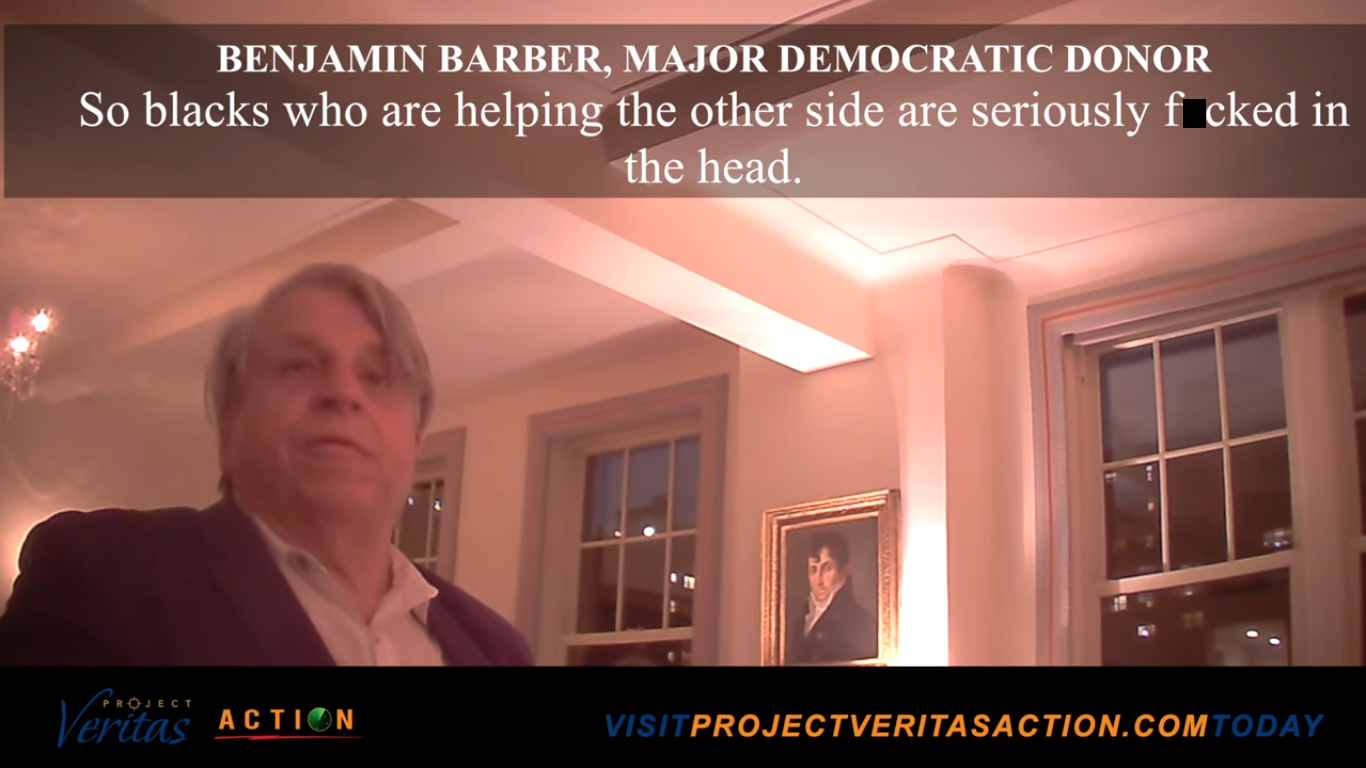 In a new undercover video released by Project Veritas, a prominent Democratic donor named Benjamin Barber states that black people who vote Republican are similar to Sonderkommandos, the term for Jews who assisted (usually under threat of death) the Third Reich in murdering fellow Jews. He goes on to say that “blacks who are helping [Republicans] are seriously f*cked in the head.”

Barber is a famed political theorist who gained acclaim for his 1995 book Jihad v. McWorld and his 2013 book If Mayors Ruled the World. He is a prominent donor to Democratic campaigns and a supporter of Hillary Clinton.

Will Voting Trump Protect SCOTUS and Save the Constitution?