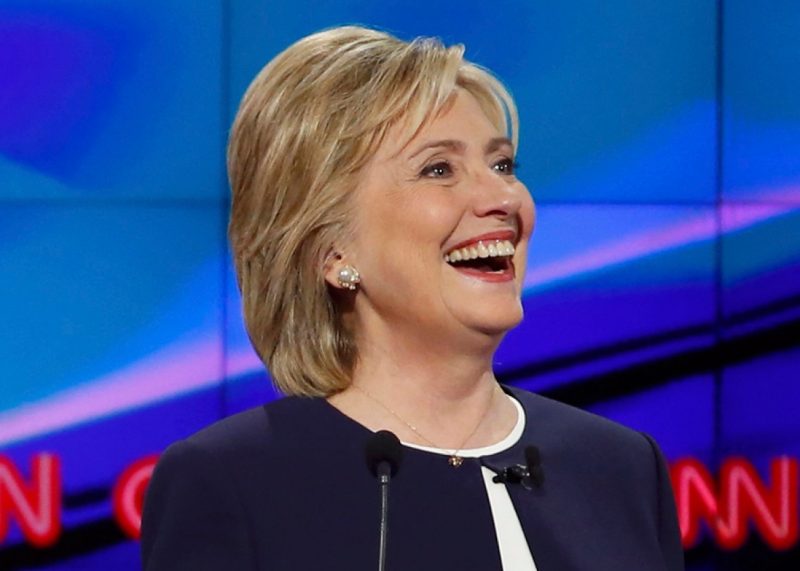 Newly leaked emails from Wikileaks show that Democratic Presidential nominee Hillary Clinton gave a thumbs down to the idea of marijuana legalization in a paid speech in 2014.

More specifically, Clinton’s comments came during an on-stage O & A with the Chairman and CEO of Xerox:

SECRETARY CLINTON: Even if you could make money on a short, you can’t answer short.

URSULA BURNS: You can answer short, but you got to be careful about letting anybody else know that. They will bet against you. So legalization of pot?

SECRETARY CLINTON: Short in all senses of the word.

These revelations obviously make one wonder if Hillary Clinton is just paying lip service to the notion of re-scheduling cannabis and letting states be “laboratories of democracy” as she has said publicly, just to fool some of the basement-dwelling stoners who supported Bernie Sanders into voting for her.

“While Clinton has made no secret in public appearances that she isn’t ready to endorse full legalization, she has usually framed her position as taking a wait-and-see approach, wanting to give laws like those in Colorado and other states a chance to work before she makes up her mind about ending prohibition,” wrote Tom Angell at Marijuana.com.

“The leaked Xerox excerpt, in contrast, positions her as strongly opposed to legalization.”

As Tom also points out, it’s possible that Clinton’s position on legalization has simply evolved over the last 2 years. It certainly wouldn’t be the first time Hillary Clinton has changed her position on an issue. But therein lies the problem: can we ever really be sure what Hillary Clinton actually thinks about something?