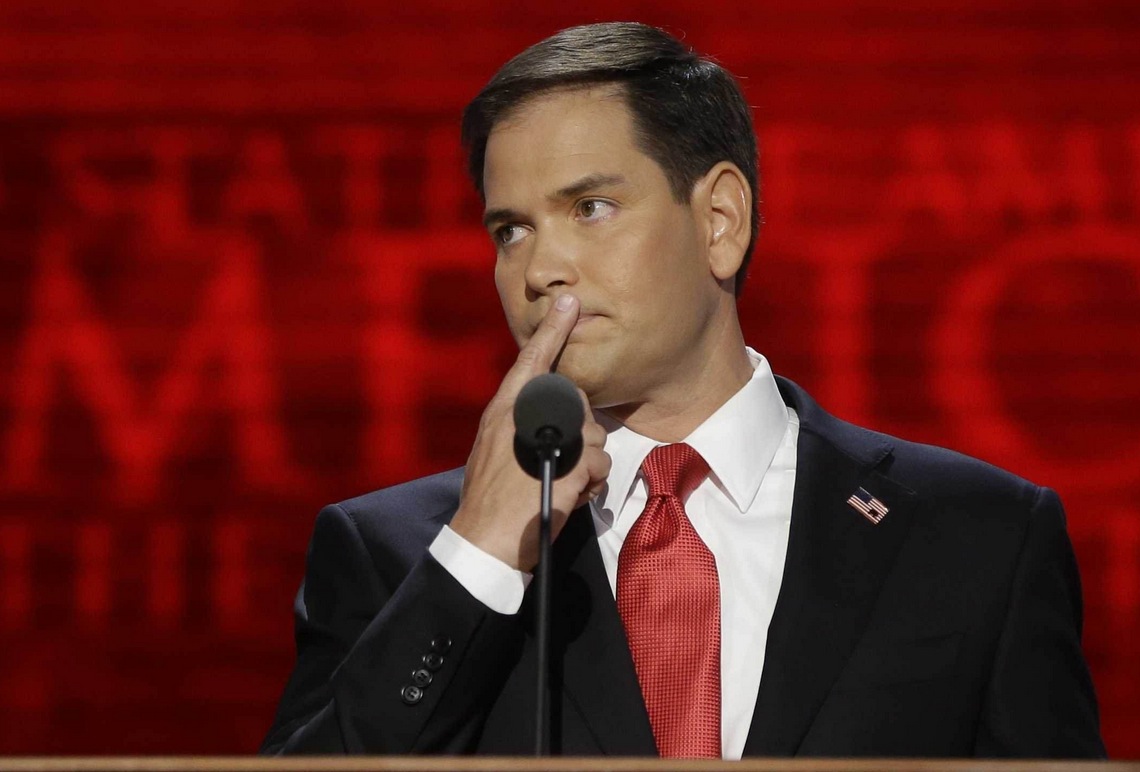 A stunning poll of several key swing states for the 2016 election shows Marco Rubio not just leading Hillary Clinton, but flat-out dominating her.

According to the poll, released Thursday by Quinnipiac University, Rubio leads Clinton 42-40 in Ohio, 51-39 in his home state of Florida, and perhaps most stunning of all, 47-40 in Pennsylvania.

While Rubio’s lead in Pennsylvania is smaller than the one he has in Florida, the numbers there are the most surprising, and the most dispiriting for Clinton. While generally considered a swing-state, no Republican presidential candidate has won Pennsylvania since George H.W. Bush in 1988. In 2012, Barack Obama defeated Mitt Romney in the state 52-46. With 20 electoral votes, the state is very valuable in the Electoral College, and is virtually a must-win for Democrats.

The poll also pitted Clinton against two other major Republican candidates, Jeb Bush and Donald Trump, but neither fared as well as Rubio. Bush leads Clinton 49-38 in Florida while Trump is only up 43-41. In Ohio Clinton beats Trump 43-38 and Bush 41-39; in Pennsylvania Bush leads 43-40 but Trump trails 45-40.

Before Rubio could take on Clinton, though, he’d have to win the Republican nomination, and in each state he ranks no better than third. Trump leads in Florida and Pennsylvania, while in Ohio, native son John Kasich has the lead. (RELATED: Poll: Donald Trump Beating Jeb, Rubio In Florida)

Still, the big takeaway from the poll is the deteriorating position of Clinton, who in previous polls has had commanding leads over Republican rivals.

“Hillary Clinton’s poll numbers are like a leaky faucet: drip…drip… drip,” said Quinnipiac University Poll assistant director Peter Brown in a press release accompanying the poll. “Perhaps most telling is how poorly she scores when all voters in these three key states are asked about her empathy, honesty and temperament. In Florida, Ohio and Pennsylvania she averages a negative 37 – 55 percent favorability.” In contrast to Clinton’s poor favorability, Rubio has an excellent 46-22 favorability advantage in the three swing states. (RELATED: New Poll Has Devastating News For Hillary)

Clinton’s growing weakness can also be seen in the primaries. In each of the three states, Clinton is in the lead but polls at under 50 percent support, suggesting she could be vulnerable to a challenger like Bernie Sanders or Joe Biden.

The poll was conducted from August 7 – 18, the days immediately following the first Republican presidential debate. The sample consisted of 1,093 Florida voters, 1,096 Ohio voters, and 1,085 Pennsylvania voters. All three polls had a margin of error of +/- 3 percentage points.

Feminism: Then Vs. Now