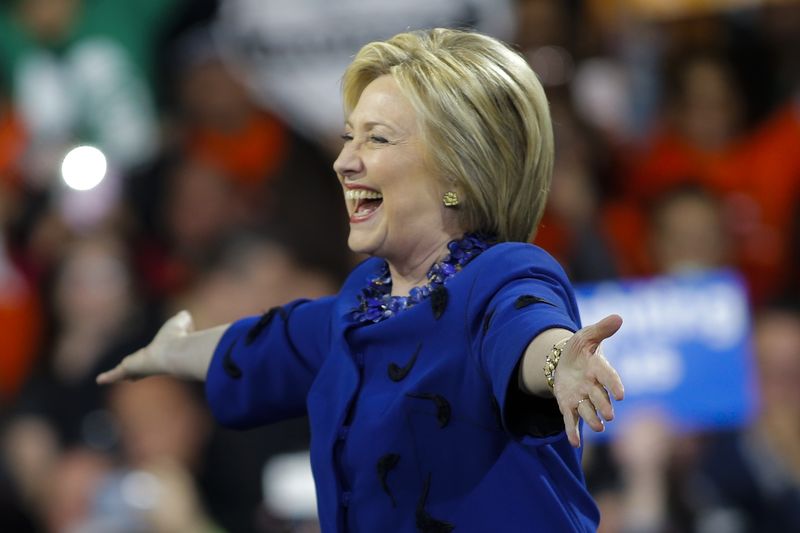 It has only been 57 days since President-elect Donald Trump defeated Clinton. During the election slog, Clinton, 69, collapsed getting into a Secret Service van, had multiple coughing fits during speeches and seemed to have trouble walking up steps at a rally in Lake Worth, Fla.

“If she ran, she’d win,” a Newsmax source said.

Clinton easily beat Trump in New York during the 2016 election, grabbing 59 percent to his 36.5 percent. She trounced Trump in New York City, winning 78.59 percent with 1,969,920 votes. Trump won the election thanks to shocking upsets in traditionally blue states like Michigan and Wisconsin.

Hank Sheinkopf, a New York Democratic consultant, told Newsmax, “She is wildly popular among New Yorkers — so much so that were she to file, [Mayor Bill] de Blasio would have to file his retirement papers on the same day.”

De Blasio dragged his feet endorsing Clinton during the election. It took him six months to endorse, and when he finally did on MSNBC’s “Morning Joe” in October 2015, Clinton’s campaign emailed reporters saying it was “a sign of the campaign’s continued momentum.”

He has been in office since 2014 and is up for reelection Nov. 7, 2017. His popularity dipped as low as 35 percent in April 2016. A Nov. 16, 2016 Quinnipiac University poll revealed 49 percent of New York City voters think he doesn’t deserve reelection. White voters disapprove of de Blasio by 67 to 28 percent, but black voters approve of de Blasio by 71 to 22 percent and Hispanics by 59 to 35 percent.

Clinton “would be a terrific candidate for mayor,” Sheinkopf said.

Chicago Torturers Charged With Hate Crime; Could Face Up To 30 Years In Prison

Ways And Means Gets Its First House Freedom Caucus Member