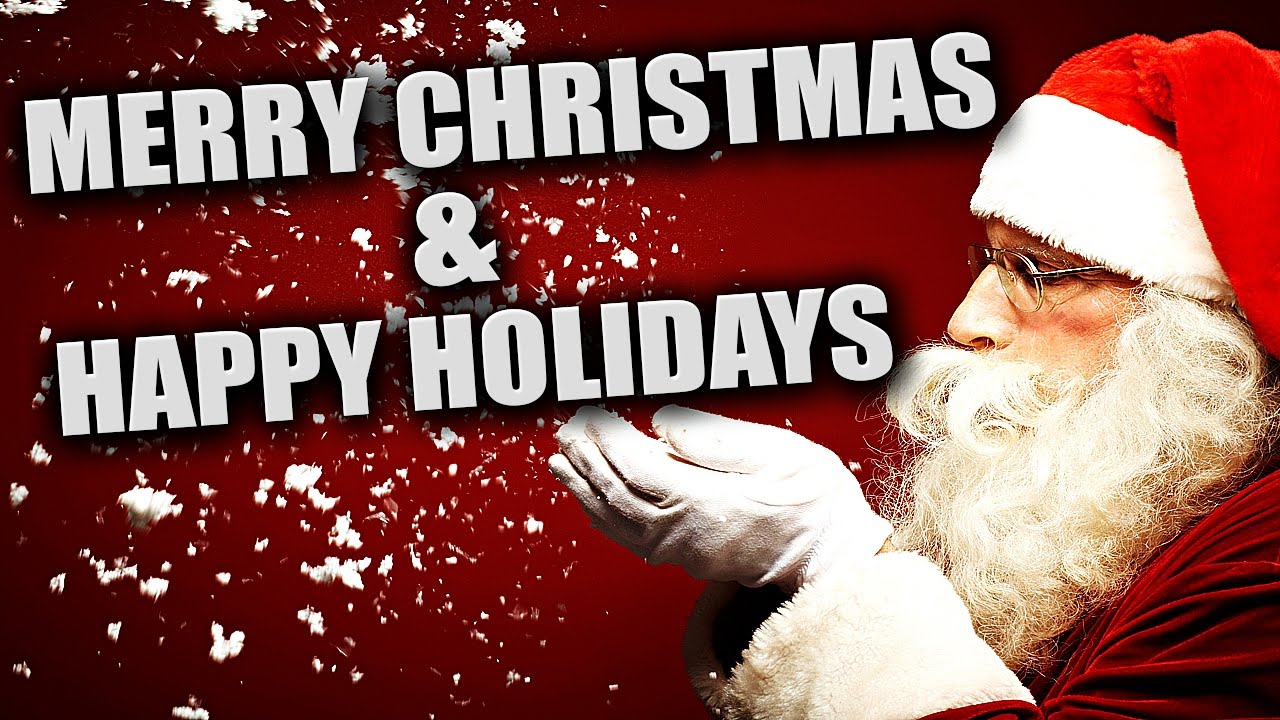 This argument has come to light once more not simply because of the holiday season, but in part due to President-elect Donald Trump proclaiming on Tuesday that, “We Are Going to Say Merry Christmas Again”.

Of course, the PC-right based primarily in social conservatism lauded this announcement, as this was surely a sign that America was going to become an unashamedly “Christian Nation once more”, while those in the alt-right viewed Trump’s statement as another slap in the face to the poison that is their much reviled, “political correctness”.

And unsurprisingly, those on the PC-left decried Trump’s “Merry Christmas USA Thank You Tour 2016” as Trump “weaponizng” the phrase “Merry Christmas” as a “partisan slogan for a president elected on a wave of hateful rhetoric about, among others, refugees”.  Their response to Trump and the PC-right’s Howitzer-phrasing that is “Merry Christmas” is but of course, the response with the evermore “inclusive” phrase, “Happy Holidays.

“I say Happy Holidays because I have a deep respect for all religions”, said Cecilia Lewis, who self-admittedly has been “working very hard to recover from the choice to elect someone completely unqualified to hold the Presidency”, but would like to mention that “there is no war on Christmas and no war on Christians”, as she has “been wished Merry Christmas as if it were a verbal weapon”.

Alrighty, folks.  It’s time to lay down some truths…

With this entire “Happy Holidays vs. Merry Christmas” debate…

And honestly, neither should you.

As the son of a pastor, I grew up in a social conservative, rural, and predominately Christian area.  The “War on Christmas” was always something I had heard about on the likes of Fox News while growing up, but nothing that really ever impacted me.  After all, I was surrounded by those who were like-minded and never really gave much thought to the whole Merry Christmas vs. Happy Holidays debate, as it didn’t pertain to me.

Upon going to college, I was immersed in a socially diverse group of students on campus.  Christians, Atheists, Muslims, Jews, Buddhists, Hindus, Agnostics, etc…  And yet while there were a few socially progressive students on campus who were more than happy to pick up the banner of “social justice” in their call for an implementation of a “Happy Holidays campus”, the vast majority of students on campus, of whom were from a diverse mix of religions and cultures, really didn’t see it as a problem that needed correcting.

See, here’s the thing; when it comes to “Merry Christmas vs. Happy Holidays”, most people simply don’t care.  In a poll conducted by the Morning Consult,  most people couldn’t care less whether you say “Merry Christmas” or “Happy Holidays”.  Honestly, the only people who seem to find offense in either phrase are those who grace the politically correct mantles of both the left and the right.

Yup, you read that right.  Political Correctness is found on both sides of the political spectrum.

On the left, we often find the PC nature to be as inclusive as possible, going so far to deem anything outside the realm of “inclusiveness” as being somehow offensive and narrow-minded.

On the right, the PC culture stems from the distancing from traditional values (or as they often like to cite as Christian values), which are then found to be considered offensive to said traditionalists, making “Happy Holidays” a direct assault on their Christian/traditionalist values.

But when it’s all said and done, these politically correct fringes on both the left and the right are a minority in our society.  Again, go back to the Morning Consult poll.  People simply don’t care.  And seriously, neither should you.

If you find yourself reading this article and identifying yourself in either my “PC-left” or “PC-right” categories, I ask you to take a step back and truly ask yourself, “Does it really even matter?”

If you’re in the PC-left, those who wish you a “Merry Christmas” don’t hate you.  They don’t hate other religions.  They aren’t out to offend. They’re wishing you well this holiday season.

If you’re in the PC-right. those who wish you a “Happy Holidays” don’t hate Christmas.  They aren’t trying to start a nuclear war on Christmas or Christianity.  They aren’t some pansy social justice warrior looking to cause a fuss.  They’re wishing you well this holiday season.

The holiday season is a time to reflect on our blessings, to come together with family and loved ones, and to appreciate one another despite the differences we may have.  It’s not a time engage in sensational rhetoric that promotes self-righteous arguments about whether people should say “Happy Holidays or Merry Christmas”.

So please, next time you’re about to start a debate over “Happy Holidays vs. Merry Christmas”, DON’T.

Stop.  Take a deep breath.  Enjoy the fact that someone went out of their way to wish you well this holiday season, regardless of how they phrased it.

And with that, Season’s Greetings, Merry Christmas, Happy Hanukkah, Happy Festivus, Joyous Kwanzaa, and to everyone else, Happy Holidays.

Boy Dying In Santa’s Arms Might Be Fake News