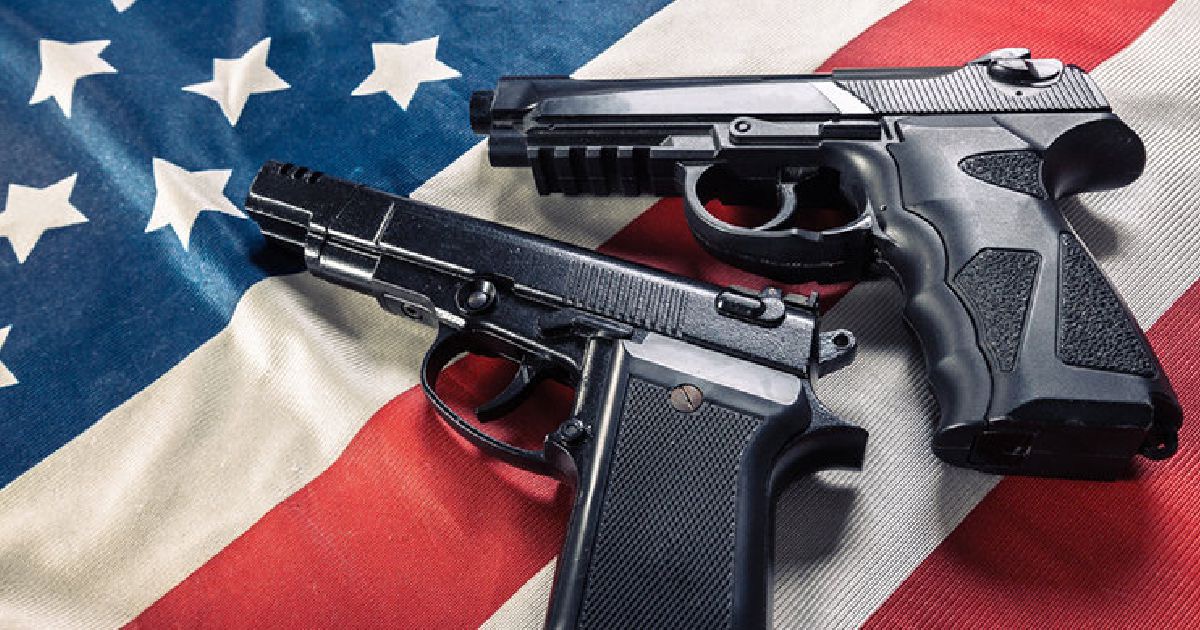 It seems as though every day another celebrity or politician demands that we place more severe restrictions on the ability of law-abiding citizens to exercise their constitutional right to keep and bear arms.

Unlike many of these celebrities and politicians, most of us do not live in safe, gated communities or spend much of our day protected by professional armed security.

Our deep respect for law enforcement does not negate the fact that police officers do not serve as our private protection details, and cannot always be there to assist us in moments of serious danger.

America is currently in the midst of a decade of historically low rates of violent crime, including gun-related crime, but Americans still use their firearms to defend themselves between 500,000 and 3 million times every year.

The demand for socialism is on the rise from young Americans today. But is socialism even morally sound? Find out more now >>

This is not just some conservative talking point, either, but a reality that the Centers for Disease Control and Prevention, in a 2013 report, concluded has been found “by almost all major studies” on the issue.

Moreover, while the Second Amendment right to keep and bear arms does not depend on a balancing test between criminal and lawful uses of firearms, law-abiding citizens use firearms for lawful purposes far more often than criminals use them to commit crimes.

Every month this year, we’ve highlighted just a handful of the numerous times that law-abiding Americans have exercised their Second Amendment rights in defense of themselves or others. Just like January, February, March, April, May, June, and July, August was full of examples of how the right to keep and bear arms is essential to the protection of individual rights.

Aug. 1; Nashville, Tennessee—A restaurant employee stopped an armed robber in his tracks by retrieving a co-worker’s handgun and opening fire on the robber, causing him to flee the restaurant. No employees or patrons were injured, but the robber was struck by the employee’s rounds and later died of his wounds.

Aug. 7; Lake City, Florida—A man used his firearm to protect his home against an intruder, attempting to hold the intruder at gunpoint while calling the police. The intruder fled but was later captured by law enforcement officers. An investigation later determined that the intruder, who had a lengthy criminal record, had been in the process of stealing rifles and a hunting knife from the homeowner.

Aug. 8; Espanola, New Mexico—A woman called police to report that two men impersonating FBI agents were trying to kick open her apartment door. Another tenant in the apartment repeatedly warned the fake agents that he was armed and tried to stop them from coming inside, but they nonetheless kicked down the door. The resident saw that one of the fake agents was armed and used his firearm to defend himself and those in the apartment, killing one intruder and sending the other running.

Aug. 14; Phenix City, Alabama—The owner of a jewelry store defended himself, his mother-in-law, his employees, and his family business by shooting at two armed men who tried to rob his store. Both men immediately fled the scene, and the only loss to the store occurred when one of the men accidently knocked over a glass case in the process of fleeing. The owner’s mother-in-law expressed her gratitude, telling reporters, “You can replace material things, but you can’t replace a life.”

Aug. 18; Spartanburg, South Carolina—A shopper successfully protected himself outside of a Lowe’s Home Improvement store, shooting and killing a man who appeared ready to attack him with a 4-foot-long piece of lumber. The attacker had earlier been confrontational with the shopper inside the store, but appeared to leave after the shopper started walking down different aisles to avoid him. However, he had only gone to the parking lot to grab the lumber from his truck, and waited until the shopper came out of the store to threaten him again.

Aug. 20; Washington, D.C.—A concealed carry permit holder shot at two armed men who approached him at a bus stop and threatened to rob him. The would-be robbers blocked the permit holder’s path, telling him not to move while brandishing a gun. The permit holder then drew his own firearm and fired several rounds, striking one assailant in the arm and sending both fleeing.

Aug. 21; Pasco County, Florida—A local community is hailing one of its own as a hero after a man intervened with his firearm to defend a neighbor from domestic violence. The Good Samaritan was mowing his lawn when he heard a woman screaming in a nearby house and ran to assist her, first removing the children from the dangerous scene to ensure their safety and then attempting to de-escalate the situation. The domestic violence suspect ultimately tried to shoot the Good Samaritan and the woman, but was instead shot and killed by the Good Samaritan.

Aug. 27; Akron, Ohio—An elderly homeowner told journalists that a would-be burglar “picked the wrong house” after being caught by the homeowner and held at gunpoint until police arrived. The house had been broken into just days earlier, and some of the homeowner’s firearms and ammunition had been stolen. Since other valuable items had been left behind, the homeowner feared that the burglar might return to finish the job armed with one of the stolen guns. This time, however, the homeowner was ready.

Aug. 28; Dallas—An 84-year-old man protected himself and his sleeping wife by shooting an armed home intruder, who then fled the property. Burglars had targeted the couple in the past and the man told journalists that he had decided not to be a victim anymore. He explained that the police can’t be everywhere at once, so “sometimes you’ve got to take responsibility of your own to protect your own.” The neighborhood crime watch leader agreed, saying: “If more people would shoot at the robbers or invaders, they would think twice about breaking into their homes. [They would think,] ‘Hey this person might be armed.’”

These examples show that when firearms are in the hands of law-abiding citizens, the public is more secure. When the Second Amendment is flippantly treated as an antiquated measure and serious burdens are placed on the right to keep and bear arms, the people with the most to lose are not criminals, but jewelry store owners protecting the family business and elderly Texans defending their wives during home invasions.

We all want safer communities, and everyone agrees that criminals or objectively dangerous people should not have access to weapons. For the ordinary Americans most likely to face these threats and least likely to live in gated communities or afford armed security, the right to keep and bear arms is not an abstract ideal. It is, rather, an important tool in an everyday battle to secure their rights against those who care little for the life, liberty, or property of others.

Amy Swearer is a senior legal policy analyst at the Meese Center for Legal and Judicial Studies at The Heritage Foundation.

Lucas Drill is a member of the Young Leaders Program at The Heritage Foundation.

Cooper Conway is a member of the Young Leaders Program at The Heritage Foundation.

New Jersey Takes Over As The Key State For Sports Betting

House Leaders Want Vulnerable Dems To Have ‘Love For The Constitution,’ But To Test What Impeachment Messaging Polls Well