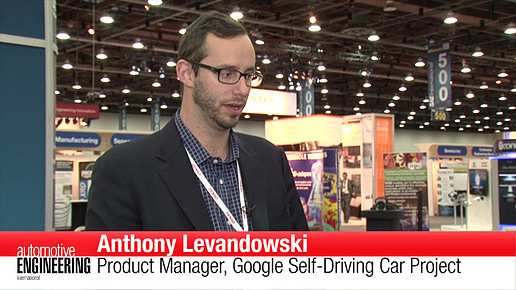 Google is accusing its former self-driving car chief of surreptitiously building his own company while working and making $120 million in incentives at the company.

The allegations surfaced after Google filed an arbitration demand Monday against the autonomous vehicle expert Anthony Levandowski and another once-classified employee, according to CNBC.

Google says Levandowski didn’t disclose the fact that he was developing Otto, a self-driving startup, until after he received the huge payout. Uber purchased Otto in August in a deal reportedly worth $680 million. (RELATED: Uber, Anheuser-Busch Use Self-Driving Truck To Deliver 45,000 Cans Of ‘America’)

The accusations are part of a larger legal dispute between Google, Uber, and Levandowski.

Waymo, the driverless car company owned by Alphabet, Google’s parent company, issued a lawsuit against Uber and Levandowski in February. (RELATED: The Self-Driving Revolution Has Hit A MASSIVE Roadblock)

Waymo and Google assert that Levandowski stole 14,000 files worth of classified information while employed there, including the company’s blueprint for the LiDAR sensor, which helps a vehicle map the environment around it, and thus is a critical component for autonomous functionality.

“Fair competition spurs new technical innovation, but what has happened here is not fair competition,” the official complaint filed in the U.S. District Court in San Francisco reads. “Instead, Otto and Uber have taken Waymo’s intellectual property so that they could avoid incurring the risk, time, and expense of independently developing their own technology.

Waymo says it became aware of Levandowski’s alleged transgressions after mistakenly receiving an email from one of its suppliers specializing in LiDAR with attachments of machine drawings that were marked as Uber’s design, but were very similar to it’s own “unique LiDAR design.”

“Misappropriating this technology is akin to stealing a secret recipe from a beverage company,” Waymo wrote in an official blog post announcing the lawsuit.

The court case appears to be off to a rocky start.

Waymo also says that Uber violated a court’s order to produce all documents necessary for the the case.