The next several years may be among the most important for the future of free speech since the United States’ founding. The parameters of the United States’ centuries-old debate on the First Amendment are undergoing rapid and irreversible change driven by an explosion in information and communication technology.

Before the widespread adoption of social media, speech might have been free but being heard was often expensive. This technological constraint created gatekeepers in the mainstream media whose decisions were sometimes unjust but at other times brought stability and thoughtfulness to public discourse.

The economics of the internet has changed this landscape in ways we’ve only begun to understand. The cost of broadcasting one’s ideas around the world has fallen to near zero. The reality of network effects tends to concentrate people on a few social media platforms and search engines. In terms of the famous example meant to describe harmful speech, we’ve all been given megaphones and tickets to a crowded theater, and any of us can yell fire at any time.

These largely open internet platforms would look very different without Section 230 of the 1996 Communications Decency Act, which grants web platforms immunity from litigation for things its users say. The drumbeat from across the political spectrum to repeal Section 230 and silence the voices of bad actors is growing. While those concerns are justified, we need to fight even harder to protect speech online and its legal underpinnings, and that effort must come from all of us instead of on our behalf.

Nastier Than We Want Them to Be

In many ways Americans’ opinions on free speech have remained far closer to the classical liberal ideal than their opinions on free commerce. Rather than searching in vain for rules to get rid of speech we don’t like, the consensus has usually, though not always, come down on protecting such speech rather than regulating it. The debate has left in its wake a long line of often-cringeworthy antiheroes around whom the public has rallied but might not want to have over for brunch.

I was 12 or 13 when a friend brought over a cassette copied from his older brother that contained the music of one of the final free-speech antiheroes of age before the internet — the Miami rap group 2 Live Crew. The group’s message was hedonism pushed to such a limit that it would likely raise eyebrows even if it were released in less innocent times today. The arrests, trial, and successful appeal by the group that ensued wound up producing the iconic “Parental Advisory – Explicit Lyrics” sticker still used today.

I’m not sure one could create anything more riveting to a group of suburban junior-high-aged boys. For my progressive parents the issue was cut-and-dried — a line had to be drawn to stop censors and moral crusaders such as the high-profile prosthelytizing parents’ group led by Tipper Gore. Even at that age I remember wondering if the issue would be so cut-and-dried had my parents actually heard the album — my friends and I made sure they didn’t.

The Miami police department certainly wasn’t amused, and in June 1990 three group members were arrested after performing songs from the album in question at a local club. They were found guilty in district court but acquitted on appeal. Puritanical crusaders aside, most people supported their right to free expression. Consider the alternative — government regulating song lyrics that would constitute a first step down an all-too-visible slippery slope.

Almost 30 years later the controversy surrounding 2 Live Crew seems almost quaint. First, the potential damage from the offending speech was fundamentally limited. I’m afraid any problems I might have today can’t be blamed on rap lyrics having warped my mind. But rather than individual antiheroes, the information age gives us swarms of trolls, bots, and extremists who create echo chambers, seek out and radicalize the most vulnerable, and can create false information capable of swaying elections.

It doesn’t stop there. In the early 1990s speech may have been “free,” but broadcasting it to large numbers of people was quite expensive. In truth the antiheroes were successful artists with demand for their work and a record label willing to invest millions of dollars in recording and distributing it. Right or wrong, people were entertained, and the group’s leader and producer Luther Campbell is credited among the pioneers of a musical sound influential to this day. Nasty as they may have been, 2 Live Crew were let in by the gatekeepers. Then the gates collapsed.

We’re still trying to wrap our heads around the novel economics of internet platforms, developments due in large part to Section 230 of the 1996 Communications Decency Act. The brief passage speaks best for itself:

No provider or user of an interactive computer service shall be treated as the publisher or speaker of any information provided by another information content provider.

Platforms such as social media, search engines, and even services like Uber somewhat arbitrarily dubbed the “sharing economy” are game-changing in their ability for users to independently post and find information and engage with each other at an extremely low cost. That’s only the case, however, if the company owning the platform is allowed to act as facilitator rather than central planner. In an age where media companies made explicit choices over what they broadcast, civil and criminal liability, though potentially still debatable, made more sense. Online, the time and risk aversion required to act as gatekeeper and preclude litigation would likely have been almost prohibitive.

Any follower of Adam Smith should be excited by an information economy driven from the bottom up rather than dictated by media elites from on high. But as is the case with human freedom of any kind, the path to truly new ideas is littered with the potential for wrong turns that look far more problematic than some baudy rappers in a Miami nightclub. But now, more than ever, consider the alternatives.

Out of Many, Many

Two articles by Reason’s Robby Soave nearly a year apart suggest exactly why government shouldn’t take it upon itself to save us from our complicated new world online. Last March, Repubican Senator Josh Hawley railed against Section 230 as he chastised big tech for censoring conservative voices. A few weeks ago, Elizabeth Warren was shaking her head at Facebook for what it included — things she characterized as “disinformation.” While partially correct, both senators’ statements are confused and nakedly partisan, holding Facebook to the fire for failing to meet opposite obligations.

Why not simply repeal 230 and get out of the way, allowing internet platforms disciplined by the threat of litigation to act as gatekeepers? In one sense, that puts us right back where we were, with media corporations anointing a larger number of chosen ones. But anyone who has seen the realm of class action litigation up close knows that would lead to overzealous restrictions on platform speech. The threat of trials in front of juries who don’t find big companies sympathetic, the overzealous pursuit of cases and wins by the plaintiffs bar, and the temptation of settlement as an easy and relatively cheap way out for risk-averse corporations make for something almost as sanitized and elitist as the not-so-good-old-days for which people mistakenly pine.

The real way forward is illuminated, somewhat appropriately, by one of the most maddeningly incorrect readings of the Section 230 controversy I’ve encountered. Writing for the Brookings Institution, former FCC head Tom Wheeler just wants us to be united:

Social media undermines what the Founding Fathers were focusing on when they wrote “We the People” and established the motto “E Pluribus Unum” (out of many, one). The concept of “We” and the formation of a “Unum” is essential for democracy to work. Humans are inherently tribal. Democracy requires us to overcome that tribalism — to find our Unum — in the pursuit of a greater good. In contrast, the business plans of the dominant digital companies are built on dividing us into tribes in order to sell targeted access to each tribe.

Wheeler trots out the cliche “out of many, one,” but he is really saying, “out of many, me.” Social media prevents the adults in the room from keeping guard over what we can hear, and though their goals may differ, Wheeler and Senators Hawley and Warren all agree that the imperative is to get speech on internet platforms much more in line with what they would like it to be.

That’s both bad on its face and impossible in practice. We tend to think of dangerous speech online being planned by nefarious elements (see: Russion election meddling). What I see more at least with my own eyes are hundreds or thousands of smaller bad acts or neglectful behavior snowballing into disinformation and distrust.

Keeping Section 230 and protecting speech on the internet is not a passive act. It requires the many, rather than the one, to engage. Note the difference between engagement, tolerance, and censorship. Calls for “civility” in online dialog are appropriate but may miss the point. Without gatekeepers, we certainly must do better to not descend into ugliness in the digital realm. But that’s not enough — we reap the rewards of a room full of microphones when we’re curious about those who disagree with us. The flipside is doing more to reject those snowballing elements that create the problem. They can be free to speak as they please, but we are free to push back, especially against the nasty, extreme voices people might mistake for our own side.

Many will think I’m optimistic to a fault about the capacity of individuals to behave online. The result won’t be perfect, and for a while it probably won’t be good. But this technology is new, and we do learn from ourselves and each other. One can’t pretend the internet hasn’t made the dark side of free speech more dangerous. But rather than a censor, it’s time for a gut check. If you don’t think everyone should have a microphone in today’s age of low entry barriers, you have to say who does and doesn’t. That’s above my pay grade. Let’s use our microphones wisely.

Max Gulker is an economist and writer who joined AIER in 2015. His research focuses on two main areas: policy and technology. On the policy side, Gulker looks at how issues like poverty and access to education can be addressed with voluntary, decentralized approaches that don’t interfere with free markets. On technology, Gulker is interested in emerging fields like blockchain and cryptocurrencies, competitive issues raised by tech giants such as Facebook and Google, and the sharing economy. Gulker frequently appears at conferences, on podcasts, and on television. Gulker holds a PhD in economics from Stanford University and a BA in economics from the University of Michigan. Prior to AIER, Max spent time in the private sector, consulting with large technology and financial firms on antitrust and other litigation. Follow @maxgAIER. 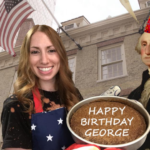 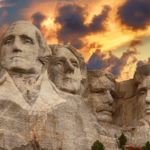 Enough of this Idea of Presidential Greatness