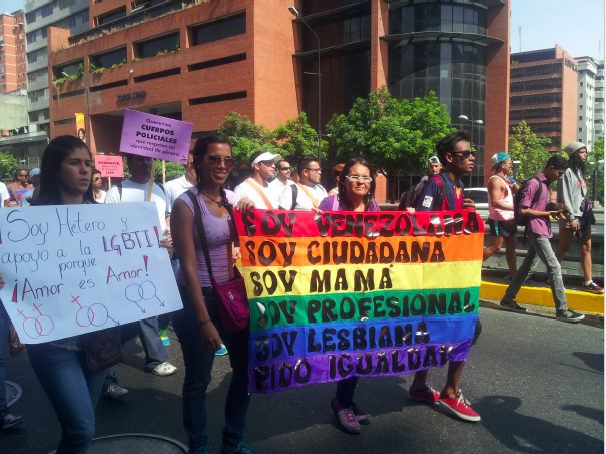 Gay activists in Venezuela are leaving the country because more attention is given to finding food that combating hate crimes against the gay community, reports NBC News.

“The basic issue is that we are not an issue.When basic needs [are not being met], when people are more concerned with finding a meal to eat, you don’t have time to focus on [LGBTQ rights],” Isaac Perez said. Perez fled Venezuela in 2014 to resettle in Argentina.

Armstrong Santana, a gay Venezuelan who moved to France, said he could only become his true self after leaving his country.

“I left the country because living in the most dangerous city in the world(Caracas) is not propaganda, but a cruel reality,” Santana told NBC News. “I also realized [leaving] was the only way I was going to be able to be who I really was.”

Venezuela is currently in the midst of an economic crisis, leaving many of its people starving. A study revealed 75 percent of Venezuelans had lost about 19 pounds last year. The country is suffering from food and medicine shortages; citizens will often go to the grocery store only to find the shelves empty. Hospitals also don’t have enough medicine and basic equipment.

Gay artist Daniel Arzola, however, paints pictures to fight against Venezuelan President Maduro and the issues gay people face in the country.

“I became more recognized because of my work, which gave me opportunities to talk about what is happening in Venezuela,” Arzola told NBC. “I exposed the government in Venezuela, because they are really homophobic.”