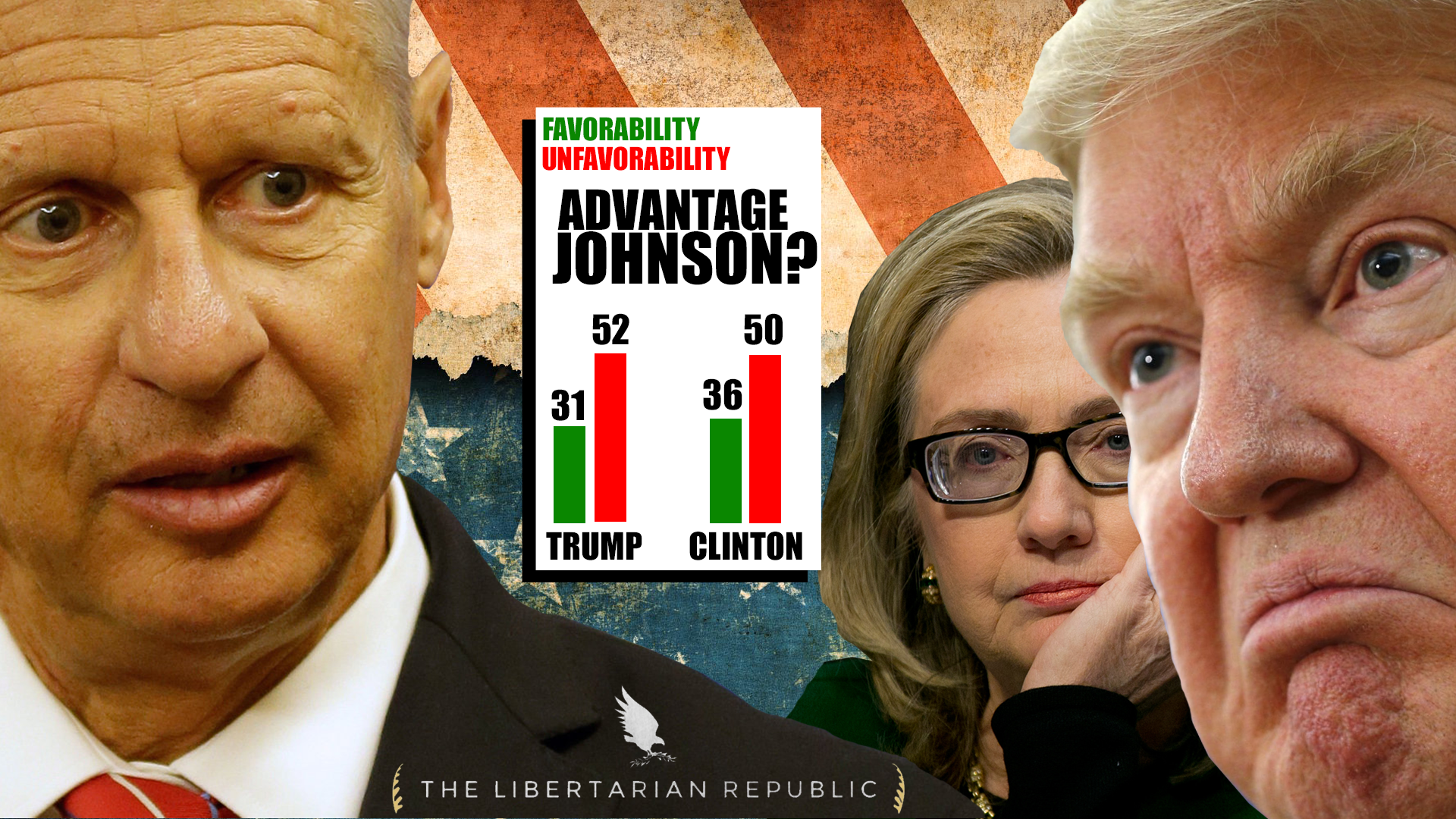 In the most recent poll conducted by CBS News, Democratic nominee Hillary Clinton and Republican nominee Donald Trump are holding steady at record-breaking low favorability ratings. As can be seen in the excerpt below, Hillary is only viewed favorably by a fetid 36% of the U.S. population. Trump fares even worse, and is currently looked upon with favor by an abysmal 31% of U.S. persons. 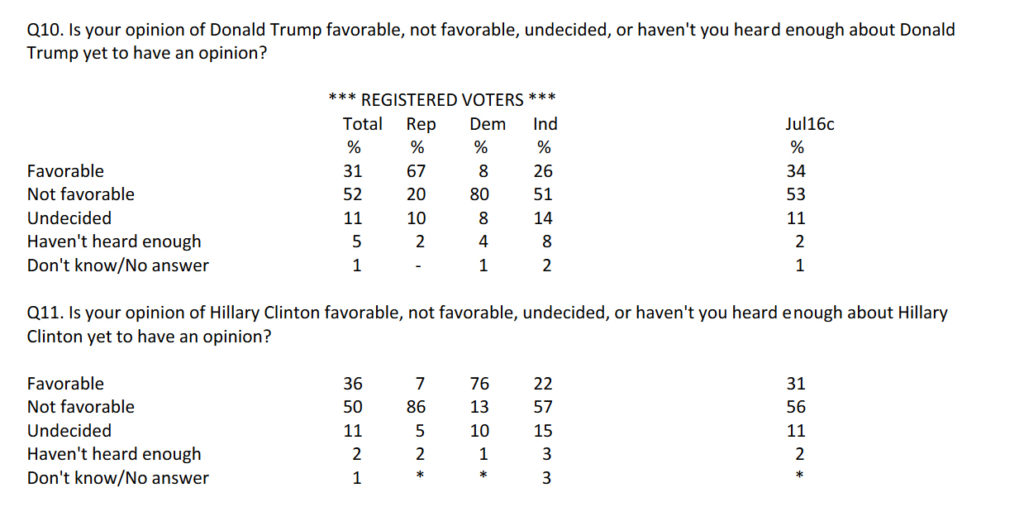 Gary Johnson is still polling in double-digits, and interestingly seems to pull almost double the amount of Republican support as he does from Democrats.

While Johnson’s chances of making it into the presidential debates at this point border on a “long-shot,” it is not completely unreasonable to believe in the possibility of winning enough wayward voters to make it past the 15% threshold in time.

At the present, at least 20% of the Democratic party does not hold a favorable rating of Clinton or Trump. Similarly, at least 24% of the Republican Party does not hold a favorable view of either major candidate. This is something that Gary Johnson and the Libertarian Party must capitalize on if they are to move forward into a greater political destiny for the liberty movement.

At the very least, we still have 13% of major party voters who hold less than favorable views of Trump and Clinton and have not yet committed to voting for the Johnson-Weld ticket. Even less than half of those would put him over the threshold requirement for the CPD presidential debates. Can Johnson and the Libertarian Party defy the odds and win the support they need in time for the debates?

Let us know your thoughts concerning Gary’s chances on our Facebook page.