Gary Johnson is Running For President

[dropcap size=big]F[/dropcap]ormer 2012 Libertarian Party nominee Gary Johnson just made a move that can only mean one thing: he’s entering the presidential race. Cannabis Sativa, Inc. announced Johnson is stepping down as CEO to pursue “political opportunities.”

Running for president under the Libertarian ticket will change things for all candidates involved. It could divide the support of Steve Kerbel, who according to polls is the current front runner. It could take the spotlight away from newly announced software mogul John McAfee. Or, it could allow a younger, newer candidate like TLR’s founder Austin Petersen to take advantage of the two frontrunners battling it out and emerge victorious. One thing is for certain; whoever wins will not have done so easily. Even Johnson, who effortlessly won the nomination in 2012, will have to fight tooth and nail for it after entering late.

Another factor that could hinder Johnson’s campaign is his comments about Republican candidate Rand Paul. Johnson had previously stated he “would vote for Paul” against Hillary, but later made comments on his Facebook accusing Paul of “selling out”.

“There were great hopes in some libertarian corners for Senator Rand Paul. I endorsed his father in 2008, and in fact, urged my Republican supporters in Iowa to support him in 2012. Unfortunately, Rand, in his quest to have one foot in the libertarian camp and the other in the establishment Republican museum, has emerged with a vague mix of positions that is clearly not compelling. There is a price to be paid for selling out — and he is paying it…

…I could go on, but the point is clear: On the Republican side, Americans are seeing, with one glaring exception, a battalion of candidates who look, sound and feel like the same Republican presidential candidates voters have rejected in the past two elections. None are instilling any confidence that government would be smaller, smarter or less costly if they were to be elected than it is today.”

In addition to inconsistencies and entering the race late, Johnson will have the burden of his numbers at Cannabis Sativa, Inc. to defend from his opponents. When Johnson first signed on to CBDS in 2014, the shares were a handsome $10.75 a share, but have fallen to just 68 cents as of Jan. 2016.

But, Johnson does have some impressive feathers in his hat. He had a stellar reign as Governor of New Mexico and has built successful companies in the past. During his 2012 presidential run, Johnson received nearly 1% of the popular vote, a remarkable achievement for a third party candidate.

All things aside, Johnson’s entrance into the race will certainly make or break some campaigns. However, it remains to be seen exactly how this will affect the race. 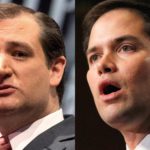 ‘Lawless’: Cruz And Rubio Demand Armed Protesters In Oregon Back Down 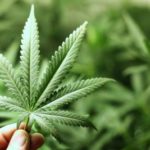