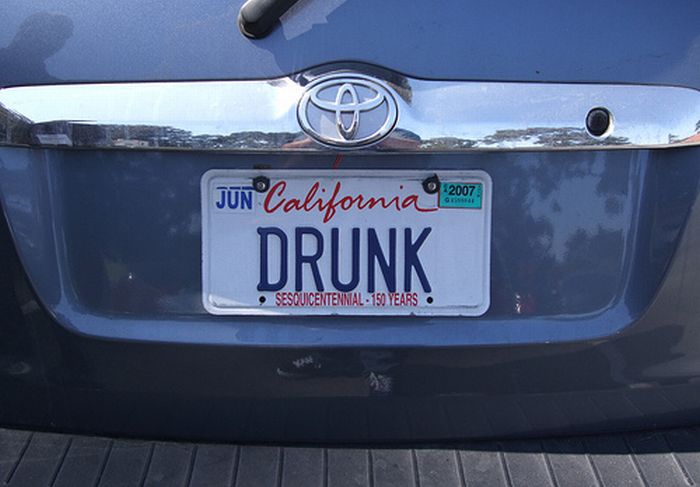 Personalized license plates are fun to look at on the road, but motor vehicle departments take care that no plate is offensive, political, or misleading.

The Texas Department of Motor Vehicles released some of the rejected vanity plates to TV station ABC 13, showing some hilarious attempts to include foul language and political messages in seven characters.

Texas rejected some 300 plates in the first two months of this year for being potentially offensive, or for attempting to impersonate public officials.

Whoever reads the submissions for vanity plates is good at spotting potentially profane language. It’s easy to catch abbreviations of four-letter-words, like “SLO AF” or “D3Z NUT5,” but some Texans got a little more creative trying to get their plate approved. “WTFOX” is evidently an attempt to disguise the F-word. And the plate “ZERO GVN” was flagged for begging the question: Zero, what given? Oh. Right.

Several of the rejected plates are overtly political, violating the guidelines for vanity license plates. One said “NO TRUMP” and another read “NSTY-WM”, referring to the time then-Republican presidential nominee Donald Trump called Hillary Clinton a “nasty woman” during a presidential debate last fall.

One rejected plate had less politically overt language. The state rejected a plate that read “BLUPILL,” which might be a reference to the 1999 movie Matrix, where protagonist Neo is offered a choice about whether to take a blue pill, and learn the truth about his reality, or take the red pill, and continue to live in blissful ignorance. Internet message boards have accepted the phrase “blue pill” as a way to call out uncomfortable truths about our political reality.

Alternatively, the state may have rejected the plate for referring to a popular male virility drug.

Russian Meddling Had More To Do With Hillary Than Trump, Comey Implies