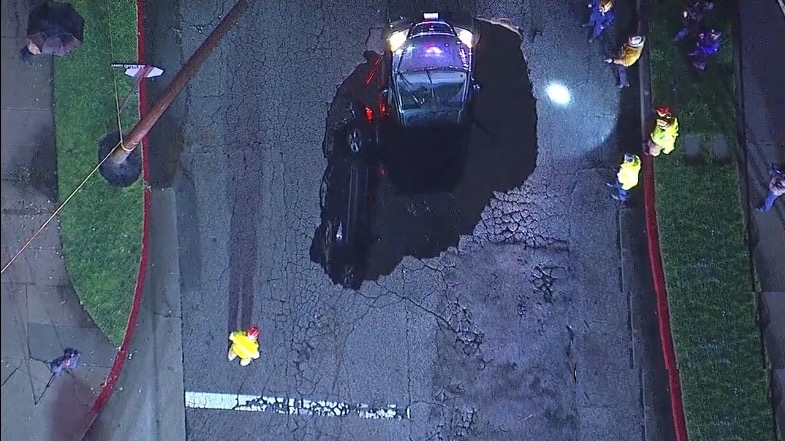 Two cars were swallowed up by a 20 foot sinkhole, according to some reports, in Southern California following wild wet weather in the typically drought ridden region of the country.

KCAL 9 was shooting live television when they captured a second car falling into a sinkhole which had already claimed on vehicle.

The second car was believed to be unoccupied at the time it slid below the street, reported KCAL 9.

The news station also reported that a female driver in the first car, which overturned, was able to crawl out with the help of LA City Fire, authorities said. She has non-life threatening injuries.

Here Are The Funniest Rejected Vanity Plates In Texas