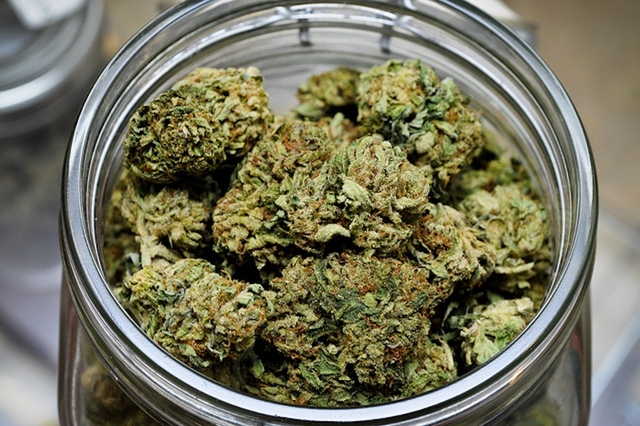 Marijuana use among high school students has remained flat despite the implementation of a series of legalization measures across the country, new data show.

The Monitoring the Future Survey, released Wednesday, showed there has not been any significant change in marijuana prevalence this year across 8th, 10th and 12th graders, with each group reporting daily cannabis use of 1.1 percent, 3 percent and 6 percent.

There has also been significant decline in the percentage of students who believe marijuana to be a dangerous drug.

Over the past 10 years, the percentage of 8th, 10th and 12th graders who view cannabis as “carrying a great risk of harm” has dropped from 74 percent to 58 percent, 66 percent to 43 percent and 58 percent to 32 percent respectively.

“Perceived risk is usually a deterrent to use and it is clear that this deterrent has weakened considerably,” said lead investigator on the survey Lloyd Johnston. “In sum, there is a lot of good news in this year’s results, but the problems of teen substance use and abuse are still far from going away.”

The survey used responses from 40,000 students drawn from both public and private high schools and was carried out by National Institute on Drug Abuse and the University of Michigan.

Twenty-three states have introduced laws permitting medical marijuana while four states have legalized the drug’s recreational use, along with the District of Colombia. The first year that adults could legally buy weed in Colorado and Washington was 2014.

The survey comes three months after the Substance Abuse and Mental Health Service Administration (SAMHSA) showed that nationally, 7.4 percent of young people between the ages of 12 and 17 used marijuana on a monthly basis in 2014.

Although the number represents an increase of 0.3 percentage points on the previous year, SAMHSA said it was not a statistically relevant figure and was still much lower than in 2002. These figures could add weight to the arguments made by pro-marijuana groups that legalization doesn’t necessarily increase teen use rates.

Speaking to US News, spokesman for the Marijuana Policy Project Mason Tvert, said:

For decades, teens had an artificially high perception of risk based on scare tactics and exaggerations. Now that there is more information out there and it’s not limited to horror stories and propaganda, they are developing a more realistic view on it.