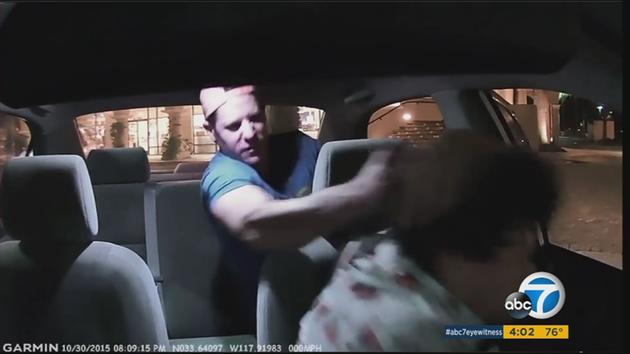 TLR first ran this video when the story broke. The camera captures Golden assaulting Edward Caban, an Uber driver who asked a drunk Golden to exit his vehicle. Caban maces Golden causing him to flee. Police soon caught up with him and charged him with assault and being drunk and disorderly.

Now Golden is maintaining that the video was taken illegally in violation of his privacy. He is suing Caban for $5 million in damages.