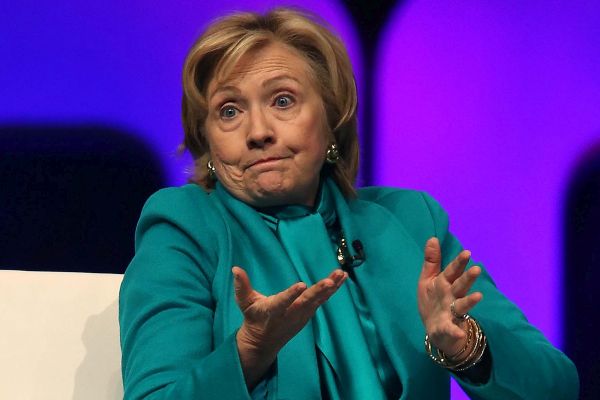 President Barack Obama’s former director of the Defense Intelligence Agency (DIA) believes Hillary Clinton should drop out of the presidential race to clear the way for the probe of her private email server by the Federal Bureau of Investigation.

In an exclusive interview with The Daily Caller News Foundation, Lt. Gen. Michael T. Flynn (Ret.) said he thought the former Secretary of State should leave the Democratic presidential race: ”I think Hillary Clinton, for the good of the country, should step down and let this FBI investigation play out.”

On Feb. 2,  the FBI filed a letter before U.S. District Court Judge Emmet Sullivan, confirming the Bureau is actively investigating Clinton’s use of an unsecured, privately owned email server to send and receive official government communications.

Flynn headed the DIA from July 2012 until August 2014 and co-authored a 2010 report that criticized the U.S. intelligence community for failing to pay enough attention to social factors in Afghanistan.

Flynn and other high-ranking former intelligence officials told TheDCNF they are alarmed that some of the nation’s most highly classified documents contained in a secretive program called the Special Access Program (SAP) were transferred to Clinton’s unclassified home server.

The documents “had to be moved off electronically or removed out of the secure site physically, then it had to be put onto an unclassified email system,” Flynn said.“Someone who does this is completely irresponsible, but totally unaccountable and shows a streak of arrogance to the American public that is unworthy of anyone thinking they can run for President of the United States.”

“This is unbelievable,” Flynn said. “I don’t think anybody should be talking about her being potentially the next President of the United States.”

The former intelligence officials told TheDCNF they were alarmed when they learned that Clinton’s server held documents from the nation’s highest classified security system called the Special Access Program (SAP).

Placement of SAP-classified information on her private server was the “single, most dangerous security violation that can ever happen to the United States,” said Col. James Waurishuk, former deputy director of intelligence for the U.S. Central Command.

SAP material was “the most stringently compartmented and protected information in the entire U.S. government,” said Waurishuk, who worked on the White House National Security Council during former President George H.W. Bush’s tenure.

“Within a SCIF, you have an additional SCIF, which is even further compartmentalized for SAP’s, giving them an additional layer of security,” Williamson said.

Defense Secretary Ash Carter said in a February 2013 guidance document, “SAPs must be established and maintained only when absolutely necessary to protect the nation’s most sensitive capabilities.”

Carter also warned that “access to a SAP will be strictly limited to the minimum number of personnel necessary for execution of the program.”

At least one of the emails on Clinton’s server was coded as “HCS-O,” which refers to human intelligence sources in an ongoing operation, according to Fox News.

“If we had a high placed human asset at a high level Taliban or al Qaeda location, that would be an HSCO,” Williamson told TheDCNF.  “So when that was compromised, and it was compromised because it was on an unclassified server in Chappaqua, conceivably that was a human agent or possibly a U.S. intelligence officer that was exposed,” he said.  Chappaqua, N.Y. is the private Clinton residence where the server resided.

Warishuk agreed, saying that having SAP documents on the server, “can result in the death of people in the field.”

Moving SAP-classified documents from the government’s secure transmission system to her non-secure computer channel presented Clinton and her aides with formidable barriers to overcome.

“You have to physically do it. You have to willfully violate the law.  There is no connectivity in any way between classified and non-classified systems,” said Williamson.

“In order for Mrs. Clinton to get Top Secret/Special Access Programs onto her private server, numerous, redundant safeguards were deliberately bypassed, probably by unauthorized personnel who were given access to these documents. It was a deliberate, intentional act.  It just could not happen by accident,” Waurishuk said.

Encrypted SAP documents are sent to a computer channel via satellites maintained by the National Security Agency. Users in a SAP, SCIF normally cannot print or fax information to any non-SAP system or unsecured system. Thumb nail drives, cell phones and any kind of Wi-Fi are strictly forbidden inside a SAP, SCIF.

Waurishuk, who was a SAP program manager at one point in his career, said a government official “cannot have accesses to a SAP’s unless they receive a special indoctrination into the SAP based on an operational ‘must know’ that exceeds all other ‘need to know’ standards.”

He said that Clinton’s “staff aides like Huma Abedin and Cheryl Mills had absolutely ‘zero’ reason to have any access to any SAPs, period. How that happened and who authorized it is criminal in itself.”

Clinton asked her aide, Jacob Sullivan in a June 17, 2011 email to turn a classified document into “non-paper.”

“If they can’t, turn into nonpaper w(ith) no identifying heading and send nonsecure,” she directed her aide.

“They’re working on it,” Sullivan replied.

“What was going through this woman’s mind as she is reading this information on her own unclassified system,” asked Flynn.  Did she think that nobody, the Russians or the Chinese was looking at it?  Did she think this was the right thing to do?”

Rep. Mike Pompeo, a Republican member of the House Intelligence Committee from Kansas, told TheDCNF that many members of the committee were reluctant to access SAP documents.

“The fewer people on intelligence that see it, or are exposed to it, have it presented it to them, the more likely it is that we will successfully keep that information in the hands of only those who should know it.  SAP or compartmentalized information certainly fall in that bucket,” Pompeo said.

Clinton’s campaign did not respond to TheDCNF’s request for comment. 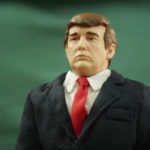