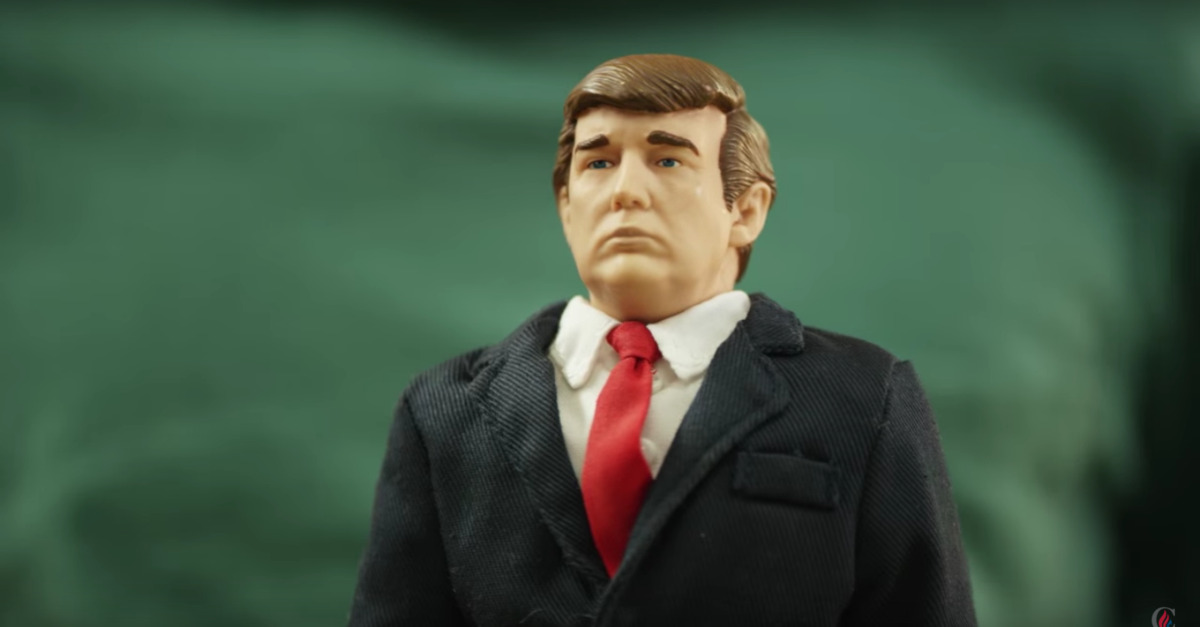 Ted Cruz‘s recent attack ad against Donald Trump may be hilarious, but it has people seriously questioning whether the New York billionaire would really “make America great again” by setting such a poor example for children.

The ad shows three children playing with a Trump action figure and smashing a doll’s house while chanting “eminent domain!”

At one point a child asks what the toy does and the other responds, “He pretends to be a Republican.”

Their presumed parents can be seen in the doorway, mortified.