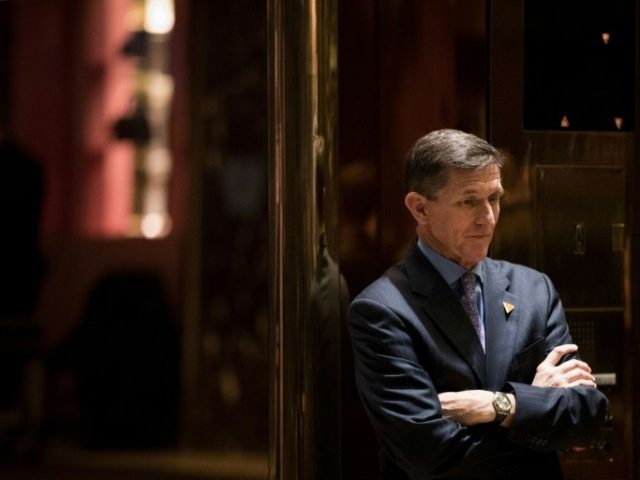 Wiretapping, leaks, attacks on the press, memos from the former FBI director, and now allegations that President Donald Trump‘s former national security advisor Gen. Mike Flynn may have been involved in a quid pro quo with Turkey.

10 days before Donald Trump had been sworn in as president, in a conversation with President Barack Obama’s national security adviser, Susan Rice, who had explained the Pentagon’s plan to retake the Islamic State’s de facto capital of Raqqa with Syrian Kurdish forces whom the Pentagon considered the U.S.’s most effective military partners. Obama’s national security team had decided to ask for Trump’s sign-off, since the plan would all but certainly be executed after Trump had become president.

Flynn didn’t hesitate. According to timelines distributed by members of Congress in the weeks since, Flynn told Rice to hold off, a move that would delay the military operation for months.

If Flynn explained his answer, that’s not recorded, and it’s not known whether he consulted anyone else on the transition team before rendering his verdict. But his position was consistent with the wishes of Turkey, which had long opposed the United States partnering with the Kurdish forces – and which was his undeclared client.

Trump eventually would approve the Raqqa plan, but not until weeks after Flynn had been fired.

If the report out of the Miami Herald is true, this would appear to show that Gen. Flynn manipulated US military policy in order to serve a foreign government, in return for half a million dollars. According to the Herald, members of Congress have used the word “treason” to describe the alleged actions.

The Herald also says that it is becoming increasingly apparent that the administration was repeatedly warned about Flynn’s foreign involvement.

“This was a serious compromise situation that the Russians had real leverage,” former acting Attorney General Sally Yates said in an interview with CNN on Tuesday, after White House Press Secretary Sean Spicer downplayed her warning about Flynn’s interactions with Russian officials as just “a heads up.”

Sen. Ron Wyden (D-OR), during a Senate Intelligence Committee hearing on national security threats said: “Blackmail, by an influential military official, that has real ramifications for global threat,” he said. “So this is not about a policy implication, this is about the national security adviser being vulnerable to blackmail by the Russians.”

The Herald reports that Gen. Flynn, who had never reported himself as a foreign agent prior to his dismissal from the Trump administration, was the one who disclosed his dealings with Turkey in a declaration to the Foreign Agent Registration Unit of the Justice Department. According to Flynn’s paperwork, he was paid $530,000 for work that “could be construed to have principally benefited the Republic of Turkey.” The contract ended last November.

Ekim Alptekin, the Turkish businessman whose company paid Flynn, disputes that he was “taking directions from anyone in the government” of Turkey.

The New York Times has also come out to say that the Trump administration was aware that Gen. Flynn was under investigation before he joined them.

The damning questions about Flynn come on the heels of President Trump having met with Turkish President Recep Tayyip Erdogan at the White House, to discuss how the two nations could “deepen” cooperation in efforts to confront terrorism.

Former DOJ Spox: Comey Is Trying To Take Down Trump