Last week, the 2020 Libertarian presidential primary got a little spicy when Mark Whitney, a fairly new and at-the-time surging candidate, told our very own Gary Doan exactly what he thought of two of his competitors, Jacob Hornberger and Lincoln Chafee.

Not surprisingly, Whitney’s seemingly sudden attacks were not well received by most in attendance, and many felt it was an ill-advised attempt to undermine two of the race’s frontrunners, most notably Hornberger. That struck me as rather ironic considering Hornberger himself did something eerily similar back in 2000, which leads me to this trip down memory lane.

It all concerns Harry Browne, considered by many to be one of the very best messengers of liberty the party has ever had. His name carries so much weight that Jo Jorgensen, his running mate in 1996 and 2020 candidate, makes a point to mention him at least once at every speaking opportunity. Browne, of course, was the LP nominee in 1996 and garnered the second most votes in party history at the time, even surpassing that of Ron Paul’s 1988 campaign. The presence of two other high-profile third party candidates in 1996, Ross Perot and Ralph Nader, also impacted Browne’s vote totals.

But with Perot not running in 2000, Browne saw an opportunity to build on his 1996 results and grow the party, and after a lengthy and open flirtation with a campaign, he officially announced on February 14, 2000. By the time the national convention came around, Browne had four other opponents for the nomination, including Hornberger.

Unlike Browne, Hornberger had begun his campaign earlier; he announced his interest in running back in 1998 and formed an exploratory committee in 1999. This was the culmination of a very public crusade against Browne that Hornberger had been running since the 1996 election ended. While there was no prior indication that Hornberger had any problems with Browne, (and in fact Browne has alleged that Hornberger sent him a very flattering letter shortly after the election) Hornberger took every step to publicly criticize and besmirch Browne’s name.

He repeatedly referred to Browne’s 1996 campaign – again, the second most successful campaign in party history at the time – as one of “compromise and concealment.” His criticisms, which are still available on his Future of Freedom Foundation (FFF) website, centered on Browne’s plan to replace the federal income tax with a flat sales tax. Hornberger effectively labels Browne as Republican lite by saying:

“He decides to make standard Republican claptrap the centerpiece of his campaign: ‘Reduce regulations! Reduce taxes! Reduce spending! Downsize government! Do it now!’”

This would be a perfectly valid criticism to levy against Browne, and 2012 and 2016 nominee Gary Johnson received similar critiques from more radical members of the party. But it feels hollow coming from Hornberger, who has frequently echoed profuse praise for Ron Paul. Now, there’s nothing wrong with Paul, and the impact he had on the liberty movement is immeasurable. But Paul’s political positions can best be summed up as “Reduce regulations! Reduce taxes! Reduce spending! Downsize government! Do it now!”

Browne later addressed this particular issue in a long and admittedly one-sided explanation of his feud with Hornberger by saying:

“But Ron Paul has never (to my knowledge) proposed repealing all the drug laws, reducing the federal government to a $100 billion budget, getting the federal government completely out of health care, or freeing you from Social Security immediately and completely — which are just a few of the proposals I’ve made constantly in my campaigns. On the contrary, Ron Paul has introduced bills to reform the Social Security system, reform the income tax code, and reform the government health-care system — the very things that Mr. Hornberger accuses me (falsely) of doing.

Ron Paul also voted for the $40 billion emergency appropriation bill that passed Congress unanimously immediately after the September 11, 2001, terrorist attacks — even though the primary purpose of the bill was to ram through a number of boondoggles that had failed to pass prior to September 11.”

It’s clear that the very criticisms Hornberger levied against Browne, valid as they may be, could just as easily be applied to Paul. Yet, Hornberger in 2001 said “There are few people I admire more in life than Ron Paul.” And this past weekend in the Libertarian Party of Florida’s debate, he called Paul one of his “political heroes.” So why was Hornberger willing to overlook these things for Paul and not Browne?

Browne certainly seemed to have a suggestion, alleging that Hornberger “wants to control the Libertarian Party — to be the arbiter of what is acceptable behavior and what isn’t, of who is clean and who is dirty.” Whether that is true or not, I don’t know. But it does raise suspicion when you consider two other tactics of Hornberger’s between 1996 and 2000.

As mentioned, Hornberger created an exploratory committee in 1999 to run for the party’s presidential nomination. But just two months later, he decided to end his campaign, reportedly over conflict of interest concerns regarding his employment status at FFF. Then, a week prior to the national convention, Hornberger reentered the race. Naturally, this meant he had done no campaigning, fundraising, or built any sort of infrastructure that would make him a serious candidate had he gotten the nomination. Still, he garnered 13.67% of the votes on the first (and only) nominating ballot, coming in third place as Browne secured the nomination.

But Hornberger’s very short-lived campaign was not so much a campaign for the nomination, but a campaign to deny Browne the nomination. As a result, he cultivated some anti-Browne sentiment within the party and as a result, Brown was kicked off the ballot in Arizona and replaced with L. Neil Smith, who ran as a protest to Browne.

Additionally, Hornberger sent a letter to the Federal Elections Commission (FEC) asking whether or not Browne’s campaign was eligible for civil and criminal fines. This is because Browne’s campaign had been publicly entertaining the idea of a legal challenge against the FEC’s campaign finance laws. Yet Hornberger took it upon himself to reach out, which he describes as “simply sen[ding] a letter to the FEC asking them for an opinion on the practice.”

There are innumerable debates to be had over whether this conduct is truly libertarian, but I’ll leave that for the comments section. The fact is that Hornberger still alleges on his own page that Browne “buried the fact that he had been doing the same thing indirectly and began telling people that I had ‘turned him in to the FEC.’” This is verifiably false, as Browne openly admitted such in his aforementioned letter.

This letter includes many other instances that point to the notion that Hornberger deliberately took steps to undermine Browne ahead of the 2000 primary and turn the party against him, much in the same way that Whitney is apparently doing to Hornberger now, minus the profanity.

Either way, it’s intriguing that Hornberger’s divisive actions in the LP from roughly 20 years ago have gone more or less unnoticed as he positions himself once again to be the party’s standard bearer. 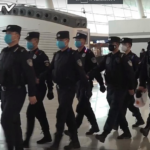 Putting the Unrest to Rest: Could the Chinese Government Have Used the Coronavirus to Silence Protesters? 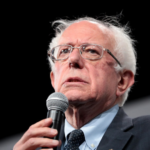