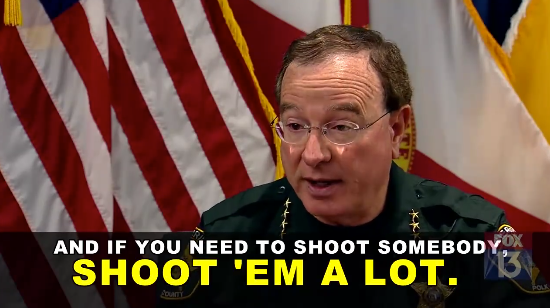 Sheriff Grady Judd (Polk County, Florida) left no room to the imagination when it came to discussing how to deal with active shooters:

WINTER HAVEN (FOX 13) – Polk County’s sheriff is sending out a call to arms.  He says people should be armed and prepared just in case they are faced with an active shooter.

“The armed assailant doesn’t plan on you fighting back,” said Sheriff Grady Judd.  “He plans on having a gun, doing all the shooting, and you’re just a sitting duck. Well, the ducks need to shoot back.”

Judd says citizens should have a concealed weapons permit and carry their gun with them whenever they can. He also says gun owners should keep their skills sharp.

Capitalism Should Be Our Weapon of Choice in Cuba