Following the stunning success of the Brexit campaign in a historic referendum calling for the UK to withdraw from the European Union (EU), interest in Texan independence surged in the U.S., inspiring a clever hashtag that practically wrote itself: #Texit.

Searches for “Texit,” a pormanteau blending Texas and exit, spiked dramatically last night as it became clear that British voters had chosen to leave the EU. Naturally, the term was most popular in Texas, which is home to the largest and most popular secessionist movement in the country. Searches for “secession” also spiked.

The roots of today’s interest in Texan independence extend back to the state’s beginnings as an independent, sovereign republic between 1836 and 1846. A majority of voters chose to voluntarily join the Union, but just fifteen years later, the state seceded and aligned itself with the Confederacy. Following the Civil War, the Supreme Court ruled that unilateral secession was unconstitutional (Texas v. White, 1869).

However, proponents of secession argue that the process is protected by the Tenth Amendment, because the Constitution neither empowers the federal government to hold states in the Union, nor prohibits states from leaving. A 2009 Rasmussen survey of Texas voters found that 31% believed “their state has the right to secede from the United States and form an independent country.”

The Texas Nationalist Movement (TNM), which boasts more than 261,000 members who have pledged to vote for secession if given the opportunity, used the Brexit campaign to draw attention to its goal of getting an independence referendum onto the ballot. Although an effort to add a plank calling for such a referendum to the Texas GOP’s platform didn’t make it to the party’s convention floor last month, TNM currently has 208,141 followers on Facebook — more than the state GOP’s 75,464 and the Democrats’ 132,009 combined, suggesting that the organization and its goals aren’t as fringe as its opponents claim.

From the looks of it, the British people have chosen to take control of their political and economic destiny. The forces of fear have lost. It is now important for Texas to look to #Brexit as an inspiration and an example that Texans can also take control of our destiny. It is time for Texans to rally with us and fight for the right to become a self-governing nation.

Although #Texit proponents are a long way from even getting their cause onto the ballot, much less persuading a majority of Texans to join it, the success of a similar movement across the pond is likely to fuel their campaign, and maybe — just maybe — lead to the restoration of an independent Republic of Texas. 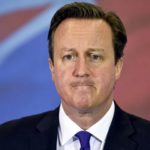 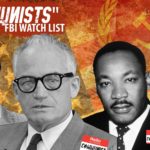 These Celebrated Americans Were Once on Government Watch Lists