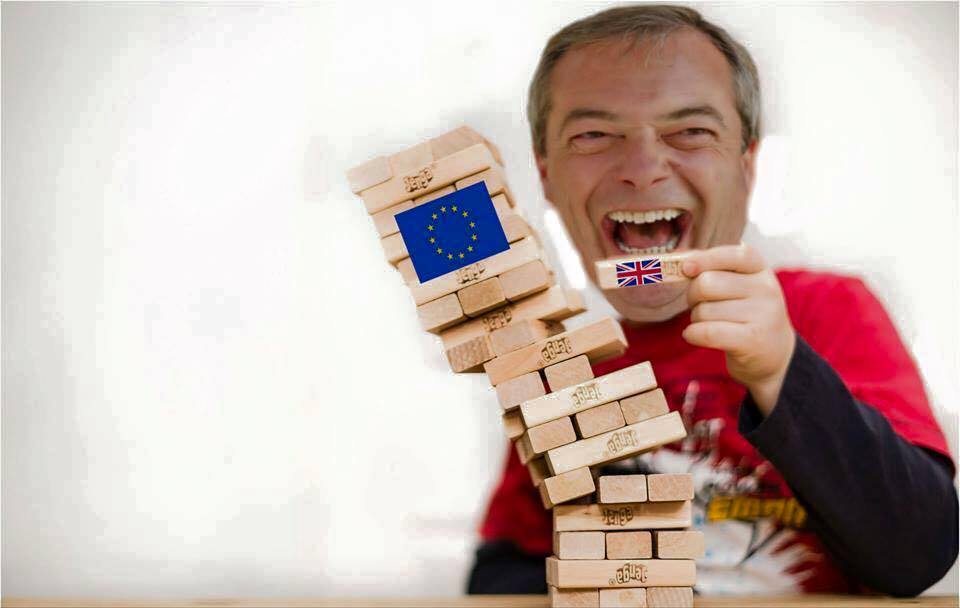 As The British keystone falls away, the European Arch may well begin to crumble

Yesterday Britain voted against all odds to leave the European Union. This is a major development in itself as it has been a major triumph for national sovereignty and the restoration of liberty in Europe. Yet, while the spotlight shines on Britain, other countries may very well be waiting in the shadows preparing to following in their footsteps.

In France, Marine Le Pen, leader of the Front National, an anti-EU, right wing political party, has already been polling well and is already predicted to make it to the second round of the presidential elections in the coming year. Le Pen has publicly proclaimed her support for a referendum to leave the EU and has promised to hold such a referendum for France if elected to the presidency. After the success of the Brexit vote, new momentum for her candidacy, party, and anti-Europe positions could allow for anti-EU triumphs in France in the 2017 elections.

In the Netherlands, Dutch Party for Freedom leader Geert Wilders,  less than 24 hours after the Brexit vote once again demanding his nation hold its own referendum on European Union membership. While Wilders’ party holds only 12 seats in the 150 seat Dutch House of Representatives, don’t underestimate their influence and the popularity of anti-EU sentiment in the country. General elections are scheduled for less than a year from now and earlier this year Wilders and his party were polling at historic highs. Also, while they will likely not be able to capture the position of Prime Minister, the Party for Freedom may finally be a part of the cabinet, which will bring new found influence for them. Regardless of Wilders and his party’s potential future success, the Dutch people have already been showing signs of anti-EU sentiments.

This past April the Dutch people overwhelmingly rejected an EU-Ukraine trade deal with a “No” vote north of 60% — a deal that the pro-Europe political class was rooting for, and this is just what has occurred recently. We must not forget that Euro-skepticism has ran deep in the Dutch populace long before this year. In 2005 the people of the Netherlands rejected the European Constitution once again in a vote of 60% plus. The Brexit vote may just be the catalyst needed to erupt the anti-EU sentiment that has now been cultivated for more than a decade.

In Italy, the 5 Star Movement, a populist party that has recently swept 19 out of 20 mayoral races in 2016, including the capitol of Rome, is another anti-EU party on the rise in Europe. Emboldened by their recent successes they are now advocating for a referendum, not on EU membership, but on the use of the Euro currency. A different vote, but one that could be just as devastating for the Union if a major European nation decided to reject its common currency.

It is now clearer than ever that cracks are forming in the European Union and the bureaucrats in Brussels are in a frenzy trying to patch them. Yet its starting to look like Britain may have turned a United Europe into a Humpty Dumpty, one that cannot (and should not) ever be put back together again.