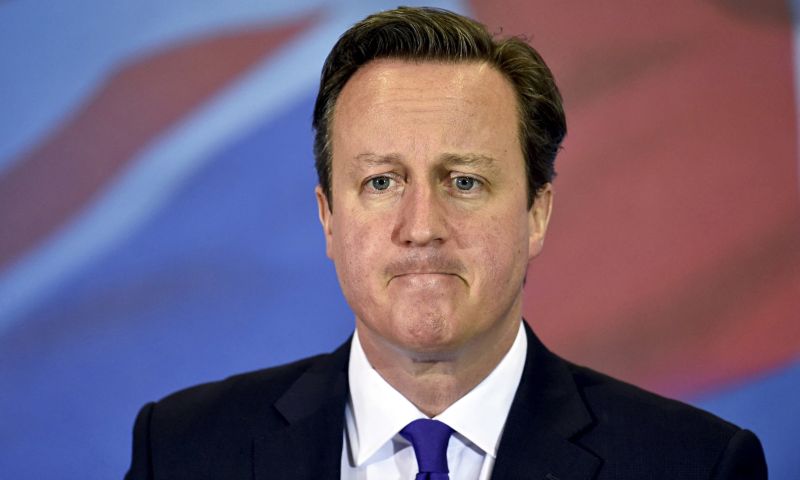 British Prime Minister David Cameron announced his intention to resign within the next few months Friday after the United Kingdom surprisingly voted to leave the European Union.

Cameron made the announcement just hours after a 51.9 percent majority voted in favor of leaving the EU. Cameron said Britain needs “strong, determined and committed leadership” as it prepares for exit negotiations with the EU. (RELATED: UK Votes To Leave European Union In Shock Result)

“I think the country requires fresh leadership,” Cameron said on the front steps of 10 Downing Street. “We must now prepare for a negotiation with the European Union. This will need to involve the full engagement of the Scottish, Welsh and Northern Ireland governments, to ensure that the interests of all parts of our United Kingdom are protected and advanced.”

The referendum was not a binding vote and Cameron could technically disregard the outcome. He will leave the work of triggering Article 50 to his successor, who will begin the two-year process of departing the EU.

Cameron did not call for a general election, which some speculated he would.

Cameron said there is “no timetable” for when he will leave but he hopes to have a replacement in line by the start of the Conservative Party Conference in October.

Cameron put his reputation on the line when he called for the EU referendum back in January. The Conservative Party was split on whether Cameron was suited to lead after his failure to negotiate a favorable deal with the EU in late 2015.

Cameron has been the leader of the Conservatives since 2005 and prime minister since 2010.

Bernie Sanders Announces He Will Vote for Hillary Clinton