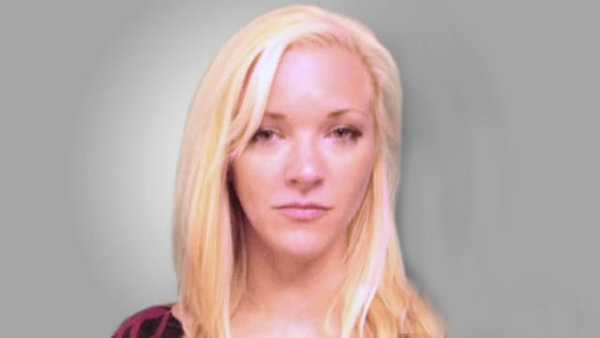 Is There Gender Bias In Sentencing Sex Offenders?

A former teacher who was found guilty of having sex with her 16-year-old student won’t receive prison time. Instead Nikki Scherwitz will receive 10 years of probation and a fine of $5,000.

Why is there such a seeming discrepancy between sentencing of male and female sex offenders?

The Libertarian Republic featured a story last week of a teacher who was accused of statutory rape, but was seen as a hero by the public for seemingly giving young men what they wanted. And yet, no one thought it was the same if the situation was reversed.

“The men get 25 to life, but a woman gets a slap on the wrist with only a $5,000 fine,” said Mario Salinas, a student at Brazosport High School where the incident with Scherwitz took place.

Commenters at The Libertarian Republic took glee in thinking of the joy that the female teacher brought to the students, and none of them considered what she did abuse. However, one sexual abuse victim did come forward and he alleged that he was extremely damaged by the sexual abuse done to him as a child by an older woman.

The problem with the assumption that young men “want it” and young women can’t consent is damaging to both genders for different reasons. Firstly it assumes that only young men have sexual agency and can choose when and if they want sex. Secondly young women are assumed to be too undeveloped, even though they’re the same age, to know what’s in their best interests. So if they have sex with an older male teacher then it must be wrong and they couldn’t consent. This implies that only men know what they’re getting into, even if they aren’t men and are technically still children.

The discrepancy in sentencing between male and female sex offenders is damaging to male victims of rape and assault, who may be harmed but unable to speak out due to the fact that they are assumed to have “wanted it.”  Well, try telling a female victim of statutory rape that she “wanted it” and see how people’s attitudes change. 1 in 6 young men will reportedly be victims of sexual assault. It’s time we had a discussion about this.