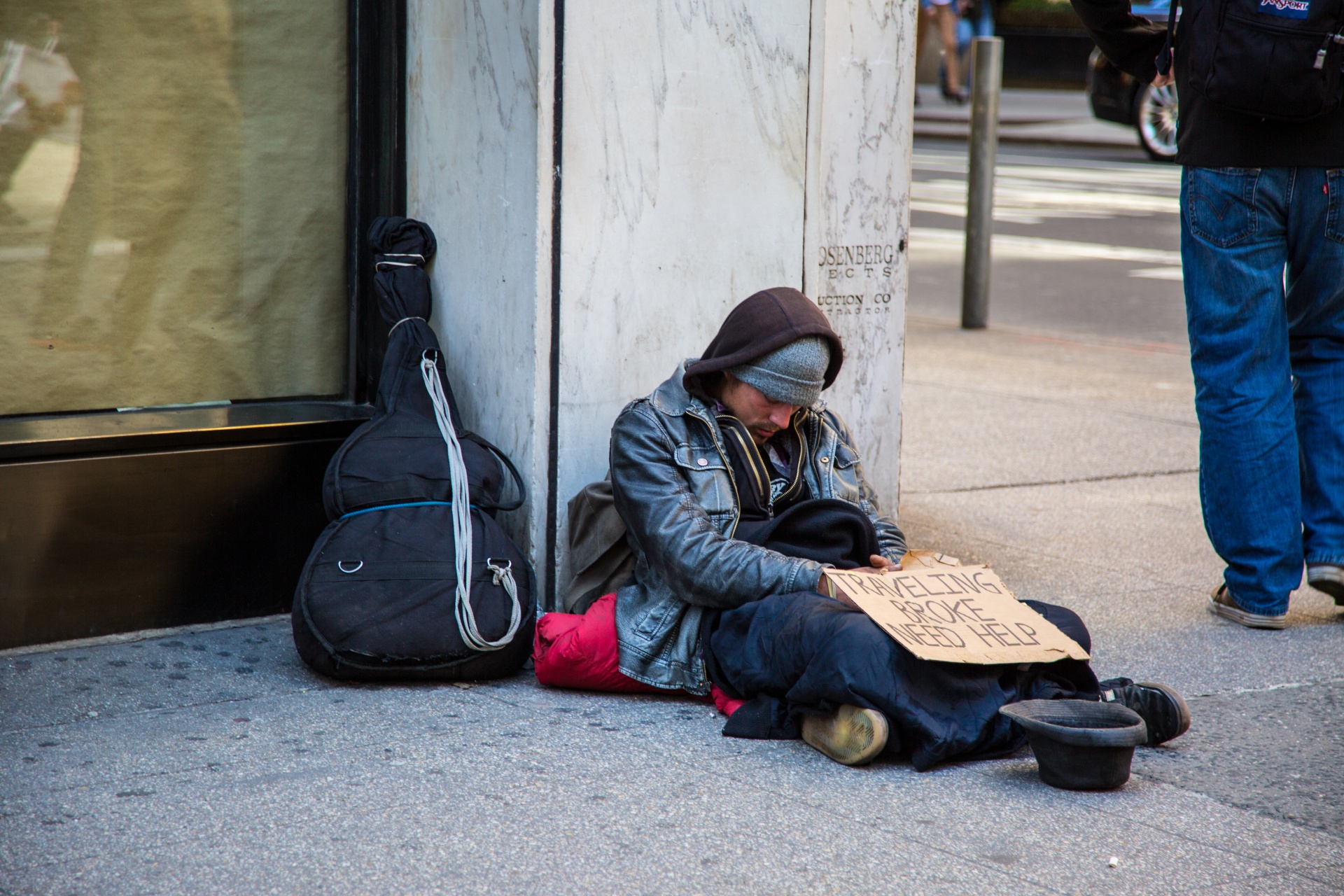 Most people are used to seeing signs that say, “don’t feed the animals,”  as those signs are posted in parks and zoos. What no one expects to see, however, are signs that say “Do not feed the people,” right?

One of the oldest traditions of Western civilization is giving alms to the poor, including feeding the homeless.  The City of Los Angeles almost made it illegal to feed the homeless.  This is how a group of activists stopped big government in its tracks.

In 2013, Los Angeles City Councilman Tom LaBonge introduced a motion before the City Council prohibiting anyone from feeding the homeless in public rights of way (sidewalks, street corners, open areas).  The councilmen justified the motion on health and food safety reasons.  Libertarian activist Angela McArdle had a problem with the motion.

“Who are they to tell the people they’re not allowed to help the needy?” says McArdle.  According to the paralegal and Libertarian activist, she and her friends have been feeding the homeless for years.  LaBonge’s rationalization for the motion was that it protected the homeless from food poisoning from improperly prepared food.  If people wanted to help them, they would have to incorporate, become accountable to the IRS, open a kitchen, and have their facilities inspected by city, county, state, and federal bureaucrats.

“Not all homeless people are out there on the corners asking for change.  Most of them keep a low profile—it’s so easy to get harassed or assaulted.  A lot of them really do go hungry and need the help.  If I want to make sandwiches at home and hand them to the homeless people I see on my way to work, that’s my business.”

One of the biggest problems with the motion proposed in the L.A. City Council is it’s typical of the current atmosphere.  Very few cities in densely-populated California actually do anything to solve the problem of homelessness.  Rather than developing and enacting policies to reduce homelessness, city councils go for the quick fix and make it illegal to be homeless.

By passing vagrancy laws, restricting the hours and use of public spaces, and making feeding the homeless in public spaces illegal, cities merely pass the buck as entire tent cities and homeless populations are legislated out of one city after another.  They bounce around the L.A. County grid like ping pong balls.

“Just recently, the City of L.A. made it illegal for people to sleep in their car,” McArdle says.  “That infuriates me.  My legal clients are people who were wrongfully evicted or foreclosed on.  The first few nights, many of them have nothing but their car for them and their children to sleep in for that night.  All the City government did was take away another safety net protecting people from the city streets at night.”

In addition to losing a layer of protection against the grittier kinds of people found on city streets and alleys, people in violation of this ordinance will be ticketed or possibly detained.  That only creates another financial burden for the homeless, many of whom lost their homes due to financial struggles, not delinquent behavior.  Restricting the public from feeding the homeless is one more burden on the latter group.

Angela McArdle and friends joined up with the non-profit Monday Night Mission to protest the indefensible motion.  The protest was held on Hollywood and Vine, fittingly in the district of Tom LaBonge, sponsor of the anti-homeless motion.  Nearly a thousand people attended and it was covered in the local L.A. TV stations.  The overwhelming show of public opposition to the motion put an end to it before it was voted on.

Three years later, Tom LaBonge retired amidst allegations of misuse of $600,000 in taxpayer funds.  The L.A. Times reported that the City Attorney’s investigative task force has approved only $83,000 of the $600,000 spent by LaBonge’s office.

The defeat of the anti-homeless motion is an example of ordinary citizens standing up to government overreach.  Libertarians often get discouraged because it’s so difficult electing Libertarians to high office.  But what Angela McArdle and her friends did shows how city governments can be tyrannical too, not just the Feds, and that We the People have power over the bureaucrats who want to rule us.

“I’m proud we were able to make a difference,” McArdle says with a broad smile, “but even if the motion had passed, I would have broken that law a hundred times.”  Now that’s the spirit!  Not surprisingly, McArdle found a home for her activism in the Libertarian Party.

Europeans Have Not Always Been Anti-Gun

Trump: “Leaks Are Real, But News is Fake”