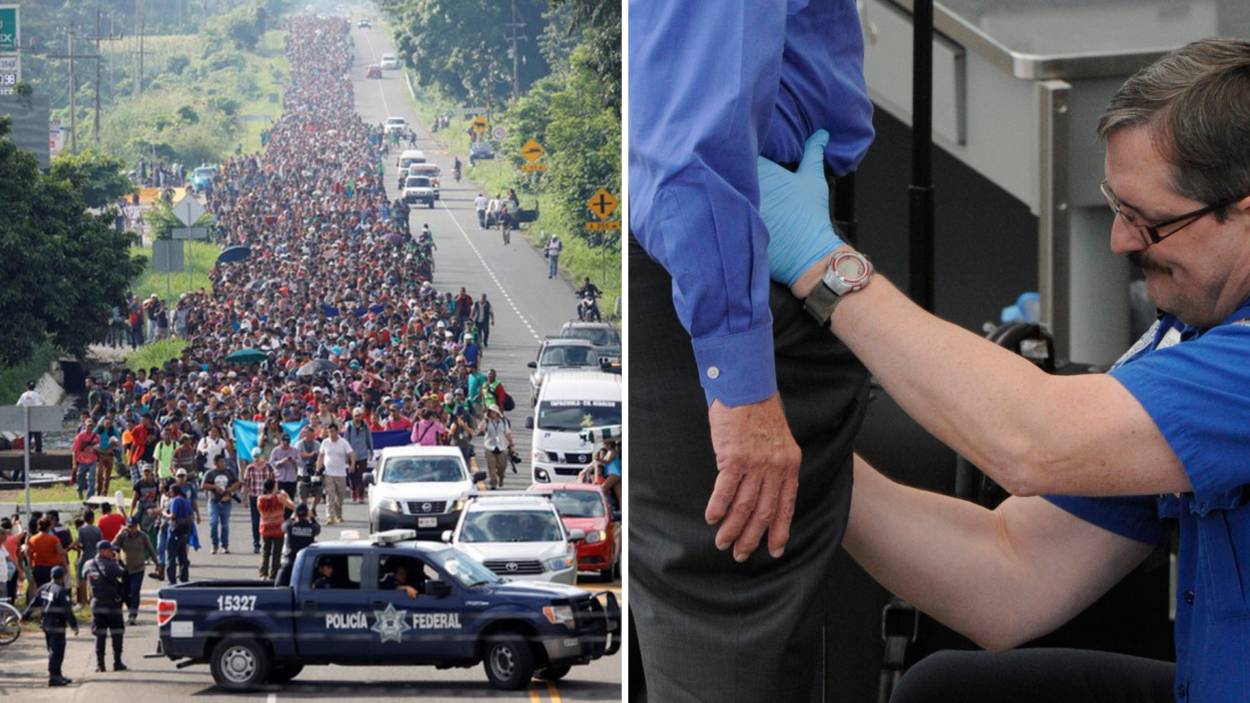 A meme posted on the “Rowdy Republican” Facebook page Thursday claimed that passengers are not allowed to bring nail clippers on airplanes.

“We cannot bring a Nail Clipper on a plane, but we should let 7000 foreigners walk across our borders with unchecked backpacks,” the meme read.

The meme criticizes those who advocate for mass immigration, perhaps referencing migrant caravans of thousands of people headed toward the U.S., by pointing out the screening process for legal travelers. But it exaggerates rules for airline passengers.

TSA policy does not ban nail clippers in carry-on luggage or checked bags. However, it notes that the final decision on whether an item is allowed through security checkpoints rests with TSA officers.

“Any sharp objects in checked bags should be sheathed or securely wrapped to prevent injury to baggage handlers and inspectors,” the page says.

A 2010 post in RedState alleged that the TSA confiscated nail clippers in Indianapolis from a man in a group of soldiers returning to the U.S. from Afghanistan, despite the soldiers boarding the plane with unloaded firearms. The TSA said that the story was not accurate, noting that military charters arrive at a terminal inaccessible to TSA.

The TSA says that it has never banned nail clippers, but they may have been briefly prohibited after 9/11 before the agency was created. The agency was established on November 19, 2001.

“Way back when, 2001, pre-TSA, post 9-11, nail clippers were prohibited, probably an immediate reaction to the events of that day,” a 2009 blog post on the TSA website said. “However, when we came along, we changed the list, allowed nail clippers, but still get accused of being pro-long finger nail.”

The Federal Aviation Administration permitted nail clippers in carry-on luggage in the aftermath of 9/11, according to an ABC News report in December 2001, but some security officials confiscated them anyway.

Travelers crossing the southern border legally by land are also subject to inspections from Customs and Border Protection. The agency regularly seizesdrugs from travelers at ports of entry, including pedestrian crossers. Some drugs were found in backpacks.

Have a fact check suggestion? Send ideas to emily@dailycallernewsfoundation.org

Even You Can Make Money On The Tokyo 2020 Olympics