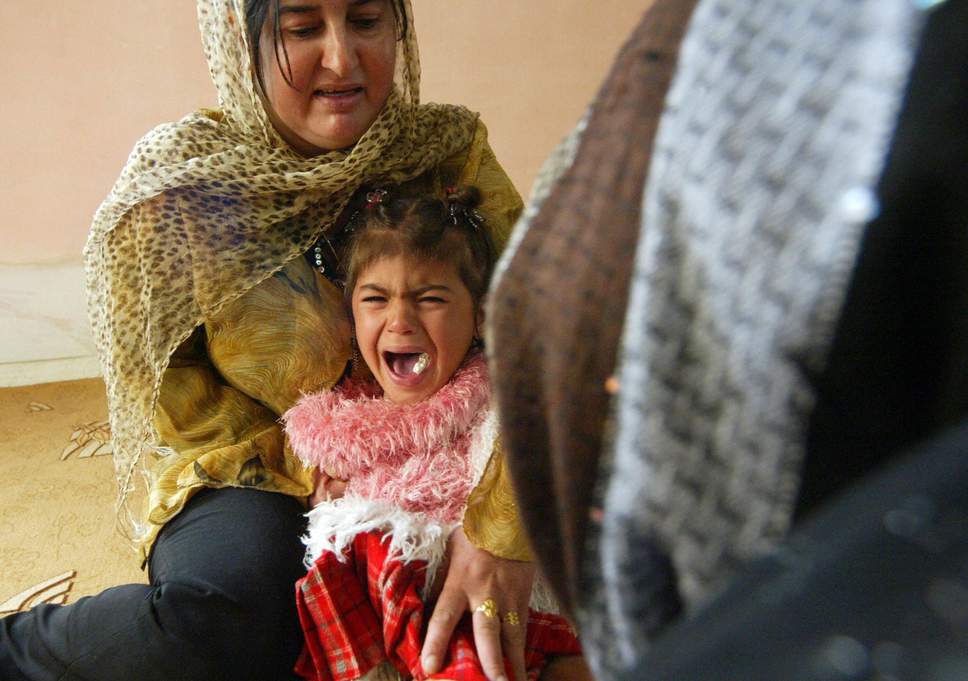 The views expressed in this article are those of the author and do not necessarily represent the official policy or position of the Department of Defense, Department of the Navy, or the US government.

On November 20th, U.S. District Judge Bernard Friedman ruled that a 1996 federal law banning female genital mutilation (FGM) is unconstitutional.  By doing so, he dismissed the key charges against two Michigan doctors and six others accused of subjecting at least nine minor girls to genital mutilation in America’s first FGM case, ever.  He ruled that, “As despicable as the practice may be,” Congress has no authority to regulate it, but that states can do so under laws that criminalize sexual battery and abuse.

If you weren’t aware this was a thing, brace yourself.  This is sickening. FGM, also called female circumcision, is the ritualistic cutting of the labia and/or clitoris practiced by some Muslims.  Sometimes the procedure includes sewing the vagina shut with a tiny opening for menstruation. Depending on the religious sect, FGM will involve one, some, or all of these procedures.  It’s less common in the west, but very common in predominantly Muslim countries in Africa, south-east Asia, and some of the middle-east. There is no medical reason for this procedure. FGM has two purposes:  to ensure girls’ virginity until marriage, and to ensure that after marriage they have no desire to engage in extramarital sex.

The procedure itself is very dangerous.  The short term effects include severe pain and bleeding, shock, and bacterial infection.  The long term effects include recurrent bladder and urinary tract infections, infertility, childbirth complications, and obviously, PTSD, depression, and other psychological issues.  Even though it’s been outlawed in more than 30 countries, It’s estimated more than 200 million girls and women alive today have been subjected to FGM.

In this particular case, minor girls from Michigan, Illinois, and Minnesota were subjected to FGM.  According to the Detroit Free Press, some of them cried, screamed, and bled during the procedure.  Two 7-year-old girls in particular were tricked by their mothers into thinking they were going to Detroit for a girls’ weekend, but instead had their genitals cut as part of a religious procedure.

As expected, Judge Friedman’s decision was met with overwhelming criticism by the anti-FGM movement’s most prominent figures.  Ayaan Hirsi Ali, a human rights activist and prior Muslim, expressed her disdain on Twitter.

“Outrageous. Federal judge throws out US law criminalizing FGM.
Cutting girls genitals is a crime and must be prosecuted.  #StopCuttingGirlsGenitals” She wrote in a series of Tweets.  “Everyone is asking me how is it possible that this judge has dismissed this historic FGM case. I am not an expert on US law. All I ask of you is to commit to set this right. Please call or write to your rep in Congress to address this ASAP.  Surely we can protect girls in the US!”

Charles Murray wrote an article in Spectator USA called “Does America oppose female genital mutilation – or not?”  And in that article he proclaims that “A Detroit judge suggests such barbarism can be accepted.”

So what was the judge’s reasoning for this controversial ruling?  What possible excuse could there be for allowing such a barbaric act to go unpunished?  In Judge Friedman’s opinion, he wrote “As laudable as the prohibition of a particular type of abuse of girls may be … federalism concerns deprive Congress of the power to enact this statute,” Friedman continued and said: “Congress overstepped its bounds by legislating to prohibit FGM … FGM is a ‘local criminal activity’ which, in keeping with long-standing tradition and our federal system of government, is for the states to regulate, not Congress.”

Now if you put your gut reaction to the side for a second, it turns out, he’s exactly right.  FGM is absolutely revolting, barbaric, and unacceptable, and we should all do what we can to end it.  However, Congress can’t just pass any law it wants. Article I, Section 8 of the Constitution lists the powers of Congress and the rest of the Constitution adds a few more.  The powers enumerated in the Constitution are all inclusive. If it’s not listed here, Congress can’t do it. Under the Constitution, criminal law is mostly handled by individual states.  Unless a crime involves federal property or federal officials, it should almost never be a federal crime. Murder, assault, DUI, none of these are federal crimes unless they involved other federal crimes, federal property, or federal officials.  All of these things, however, are illegal because the states pass these laws, and that is how it should be. This is what the judge is talking about when he said federalism concerns are the issue here.

Jefferson said, “When all government, domestic and foreign, in little as in great things, shall be drawn to Washington… it will render powerless the checks… and will become as venal and oppressive as the government from which we separated.”

This is exactly why most criminal law is state law, and in this particular case, nothing in the Constitution gives the federal government the right to regulate FGM.  It’s also not prohibited to the States in the Constitution, so they have every right to do it. That is Judge Friedman’s point. This is in no way an endorsement of the procedure.  It’s a stance against federal overreach, and in his opinion, he suggests the solution. Have the states prohibit FGM.

One might be tempted to point to the commerce clause of Art I, Section 8, which says, “The Congress shall have power… To regulate Commerce with foreign Nations, and among the several States, and with the Indian Tribes.”  This is actually the case the prosecution tried to make. They argued that the law falls under the commerce clause because text messages are used to arrange the procedure, parents drive their children across state lines to get the procedure, and the doctor uses medical tools in state-licensed clinics to perform the surgeries.  This is an insane way to read the commerce clause from Article I, section 8. By this logic, basically everything ever falls under interstate commerce and can therefore be regulated by Congress. If that was the point of the commerce clause, why would the framers of the Constitution have bothered listing the other powers in Article I, section 8, since this one super power would cover all of those plus infinitely more.

The judge, in his decision, addressed interstate commerce directly stating, “There is nothing commercial or economic about FGM… As despicable as this practice may be, it is essentially a criminal assault. … FGM is not part of a larger market and it has no demonstrated effect on interstate commerce. The commerce clause does not permit Congress to regulate a crime of this nature.”

At this point, the U.S. Attorney’s Office, said the government is reviewing the judge’s opinion and will make a determination whether or not to appeal at some point in the future.  This is not the right answer. The judge here is correct, but the Supreme Court may or may not agree if it hears the case.  Republicans have been claiming for some time that conservative judges rule on originalist, textualist grounds, meaning they read the law as written and do not decide cases on ideological grounds.  This court is strongly majority conservative for the first time in a very long time. This case would certainly put the conservatives on the court to the test. Are they truly originalists and textualists, or are they activist hacks who make decisions on purely ideological grounds just like the liberals on the court?

This case is deeply important because it truly puts to the test ones commitment to the Constitution.  It would be so easy to just let this one slide because the cause is so just. It’s so hard because there are two very important principles at odds here:  constitutionalism vs. protecting the innocent. On its face, this ruling seems like a slap in the face to justice. Those little girls were innocent. Our laws need to protect the innocent.

Don’t be a consequentialists.  Stand on principles. Any law, no matter how otherwise appealing or righteous, must be thrown out if the Constitution doesn’t allow for it.  There’s nothing the founders feared more than the unchecked overreach of the federal government. George Washington said in his farewell address to the American people, “If in the opinion of the People, the distribution or modification of the Constitutional powers be in any particular wrong, let it be corrected by an amendment in the way which the Constitution designates. But let there be no change by usurpation; for though this, in one instance, may be the instrument of good, it is the customary weapon by which free governments are destroyed.”

This is why Thomas Jefferson said, “our peculiar security is in the possession of a written constitution. let us not make it a blank paper by construction.”  He also said, “To take a single step beyond the boundaries thus specially drawn around the powers of Congress, is to take possession of a boundless field of power, no longer susceptible of any definition.”

By ignoring the Constitution, no matter how good the reason, we’re turning it into a blank paper because such a thing can never protect us from government overreach.  Such a thing can never protect our rights, so it might as well be blank. Fear of overreach is the very purpose of checks and balances. Our founders knew that ambitious people would overstep their bounds.  They also knew that, if unchecked, this ambition would little by little chip away at the Constitution and ultimately doom the republic.

This FGM issue is the perfect opportunity to stand up for federalism and stand up for the innocent and to prove that we don’t need Washington to solve all of our problems.  We need to reach out to our state legislators and Governors. This is how we can solve our problems without little by little contributing to our own tyranny.

In Federalist 45, James Madison wrote, “The powers delegated by the proposed Constitution to the federal government, are few and defined. Those which are to remain in the State governments are numerous and indefinite. The former will be exercised principally on external objects, as war, peace, negotiation, and foreign commerce… The powers reserved to the several States will extend to all the objects which, in the ordinary course of affairs, concern the lives, liberties, and properties of the people, and the internal order, improvement, and prosperity of the State.”  This is federalism in a nutshell. In the name of self-governance, checks and balances, and our hard-won liberty, it must be preserved.

Like it or not, because of Judge Friedman’s ruling, FGM is not a federal crime.  So, if you want to do your part and put a stop to this barbaric practice, state government is your only recourse.  Let’s end FGM and preserve our Constitution at the same time. Currently, 27 states have laws that criminalize FGM, and 23 states do not.  To check your state’s FGM laws and see what you can do to help, go to the Ayaan Hirsi Ali Foundation website and join the cause.

Michael Autery is Lieutenant in the United States Navy. becoming an officer in the spring of 2015 upon graduating from the United States Naval Academy.  He is the host of the podcast “Unalienable”, which is all about the Constitution, what it means, and how it applies to current issues. 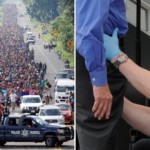 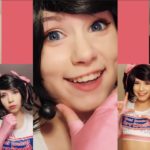