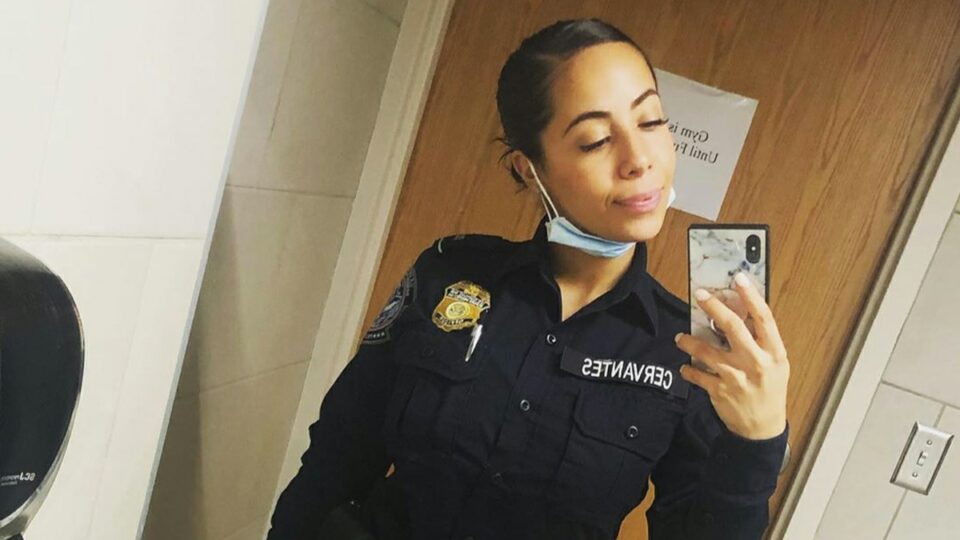 Kiara De Leon became an unexpectedly viral internet sensation following a border visit by Vice President Mike Pence. She was dubbed as ICE Bae by the wondrous meme makers of the internet when a photograph of her on duty at a detention facility went viral. 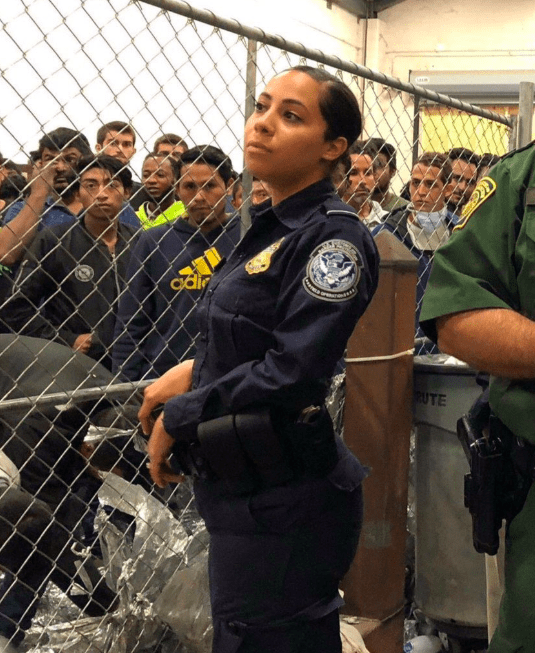 Bye Houston…. Last night was fun. 🥳 Dallas en route! 👋🏼 Selfies while on the road. Hope everyone is enjoying this weekend! ❤️ pic.twitter.com/YgogxdMTTL

As of Friday November 6th, Kiara has resigned from the Border Patrol citing harassment from within the agency. She took to Twitter stating:

“I have resigned from my duties. Like I said. Don’t stay anywhere you aren’t valued, appreciated, or respected. On to bigger and better things.”

I have resigned from my duties. Like I said. Don’t stay anywhere you aren’t valued, appreciated, or respected. On to bigger and better things. pic.twitter.com/qKq3lv8kCJ

Her resignation letter addressed to the Port Director at the Laredo, Texas Port of Entry reads:

I, Kiara De Leon, have been in Federal service as a Customs and Border protection officer at the Laredo Port of entry for almost 5 years. During my time at the Port of Laredo, I have been sexually and emotionally harassed, demoted from a temporary duty assignment, and cyberbullied. Up to today none of my concerns have been resolved. I have gone through several departments from in house management, JIC, and OIG. My concerns still go unanswered as if I never voiced them or been heard. I am writing this memo to be transparent as to what led me to leave a federal career during a pandemic. I am also writing this memo to advise the port of Laredo in how management failed miserably in addressing all these sensitive and serious issues. I am very disappointed to how these incidents were handled, and wish you all could have handled this in a professional manner and in a fair way regardless of my sex or your own opinion towards myself.

Since 2019, I have felt I have been a target at the Port of Laredo. From management to my fellow coworkers, they have expressed vulgar comments and looked down on me which reflects on my performance by not teaching me or explain my daily duties. From 2019 to the end of 2020, I have experienced the following:

On May of 2019, I was sexually harassed by APD [redacted]. I was assigned [redacted] at Gate Way of the Americas Bridge 1[redacted]. APD [redacted] approached me and asked me in his own words if I had work done and pointed to my chest area. I was in a state of shock when he continued and asked me to stand up and tighten my shirt so he could see, because he couldn’t tell. That same day, I shared my shock and discomfort with a fellow officer which advised me to report it, but I felt mortified and did not report it that same day. Within that same week, I went to my union and told them what happened with APD [redacted]. The Union President advised me to report it but at that point in time I had just returned to full duty and I felt embarrassed in reporting the encounter, being that this individual was high up in management. Once I got the courage to report the incident, management questioned as to why I was reporting at that point in time. Management also suggested if we had a previous friendly relationship that would have led him to feel comfortable in asking. I expressed my concerns to upper management and investigative departments that I did not want this to happen to another female officer and it is hard to come out and voice something that happened in a safe work environment in a male dominant occupation.

On July of 2019, I was stationed in McAllen, TX on a [redacted] to help out Border Patrol with the [redacted]. Vice President Pence was visiting the station and the media filmed the sight. Within the same week, a video clip of me in the background of Vice President Pence went viral on the internet and I was being called “Ice Bae.” My superiors addressed the issue and asked me to sign a cease and desist in which I was to “stop whatever I was doing.” In conclusion, DHS decided to forcibly remove me from my temporary duty assignment against protocol. They gave no explanation and did not take responsibility for their breaking of policy.

On August of 2020, I was being harassed by my fellow officers on social media and at the work place. Two male officers kept on posting “meme” on a social media platform and saying comments out loud in a work environment regarding my business aspect that I approached. Every day or other day they would post derogatory images with phrases that was targeted towards me. After weeks of harassment, I contacted the union regarding these issues but they stated without actually saying my name, it is not a claimed harassment. I was to the point that I broke composure and I responded on one of the images that an officer posted on social media. The male officer complained to management and Work Liaison Unit called me in and told me to cease and desist my actions against him and that I was being investigated for my actions. When I expressed my concerns regarding how the male officers were treating me, WLU stated “you are better than that.” Which made me believe that a male can say whatever they like but when a female voices out, it is called harassment. I attempted to file EEO against my port for gender discrimination but decided it was for my well interest to just remove myself from the situation entirely due to my past experiences and ultimately to resign.

During my line of duty, I have expressed excellence, integrity, and protected the United States from terrorists. I am requesting to leave 1 to 2 years from Custom Border Protection as an officer to re-evaluate my mental and physical health regarding the last two years, from sexual harassment to being cyberbullied by my colleagues. I would also like to request [redacted]. I am grateful this agency has given me an insight of immigration to custom enforcement and I am thankful for the opportunity. I hope if I do decide to return and I am granted the opportunity, that my future years as a Custom and Border protection officer are different.

“The fact I spoke out against all this and they did absolutely nothing upsets me.”

It is indeed difficult to imagine even a friendly relationship being an excuse for a superior to request a visual breast examination of a subordinate.

The business approach she was harassed by officers for, outlined in her resignation letter, appears to be an Only Fans account under the handle icebae. This account began after she went viral.

The subscription to her account is free, and a review of the account reveals a handful of photos and videos free to view, but a number of photo sets require a one time purchase to view. She is also very upfront about her photo sets not containing any nudity. 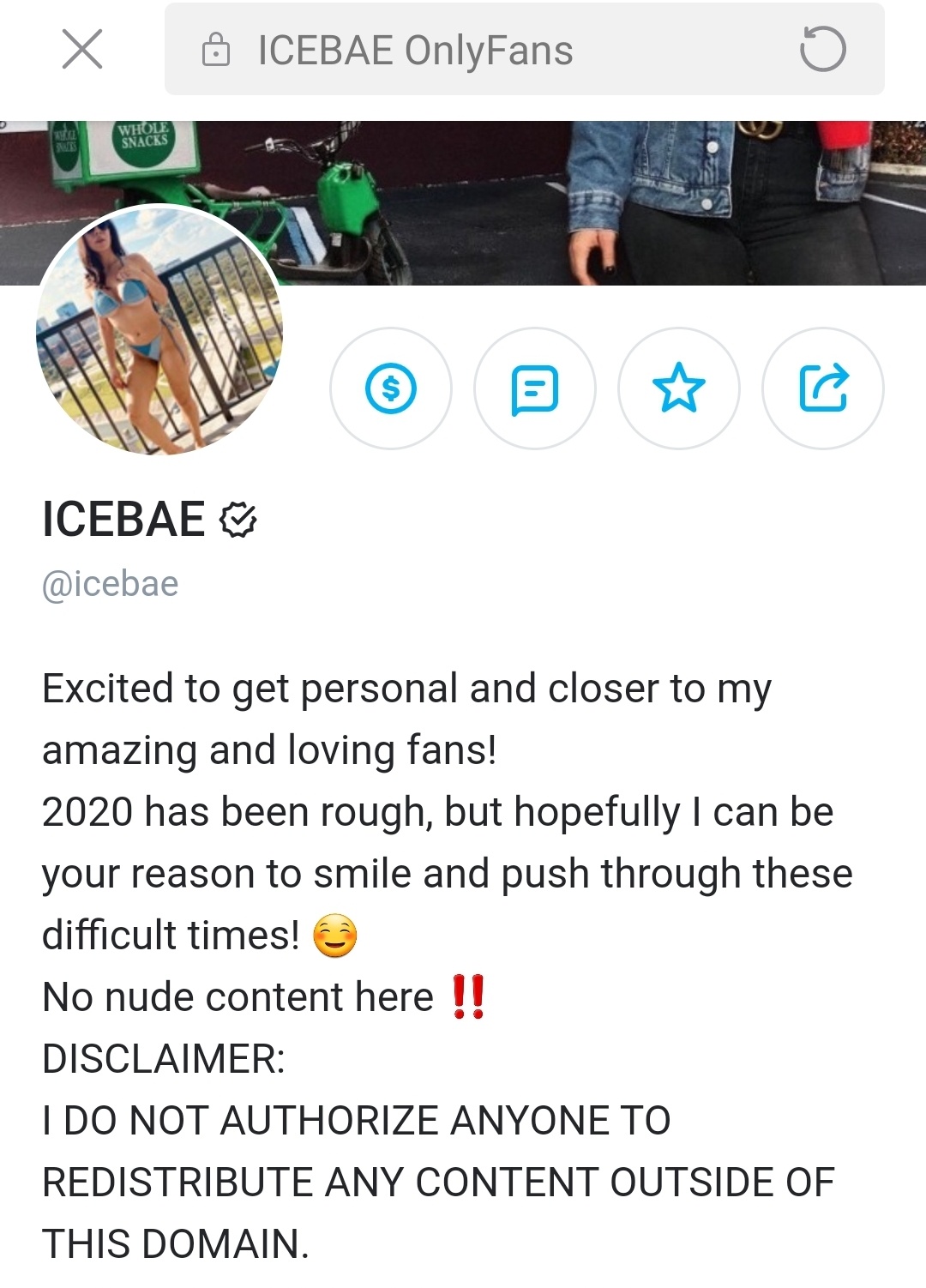 What Can I Expect to Recover After a Truck Crash?