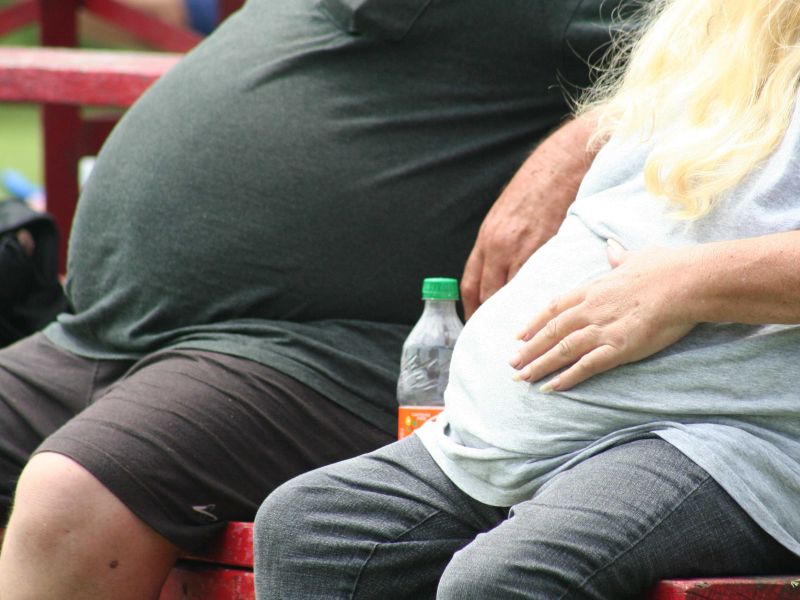 A new graphic using the latest data from the Centers for Disease Control and Prevention (CDC) starkly illustrates Americans’ expanding waistlines over the past two and a half decades.

Although the increase is statistically insignificant, earlier CDC figures show obesity increased markedly from 2003-04, when 32 percent of people were obese. This graphic obtained by The Daily Caller News Foundation from bodynutrition.org shows the soaring obesity rate in all 50 states since 1990.

Despite the rising obesity rate, the numbers of new diabetes cases has fallen dramatically. Figures from the Centers for Disease Control and Prevention (CDC) show the number of new diabetes cases fell by 20 percent from 2008 to 2014, with the total number coming to 1.4 million. In total, 22 million people in the U.S. have diabetes.

Childhood obesity has remained steady at the 17 percent mark over the last 10 years despite the best efforts of first lady Michelle Obama’s “Let’s Move” campaign. The stubbornly high obesity rate is puzzling health campaigners who were expecting obesity to fall as consumption of sugar and soda declined.

Researchers are finding it increasingly difficult to pinpoint the reason so many Americans are overweight. A study by David Just and Brian Wansink at Cornell University’s Food and Brand Lab looked at national data from 2007-8 and found there is no correlation between the amount of junk food people eat and their body mass index (BMI).

“Simply put, just because those things can lead you to get fat doesn’t mean that’s what is making us fat,” Just said.

One of the most radical measures taken to tackle obesity has had no impact on the amount of calories people consume. Mexico, one of the world’s most obese countries, imposed a six-cents-per-liter tax on high-sugar drinks like soda in January, 2014.

According to the preliminary study titled “Taxing Calories in Mexico,” researchers found almost all of the tax hike was passed to consumers. But to the disappointment of anti-sugar advocates, “the evidence shows that the effects of the Mexican taxes on calories consumed in-home are very small.” The study used a data set of 8,000 households.

DHS: We Have No Idea How Many Syrian Refugees Are In The US