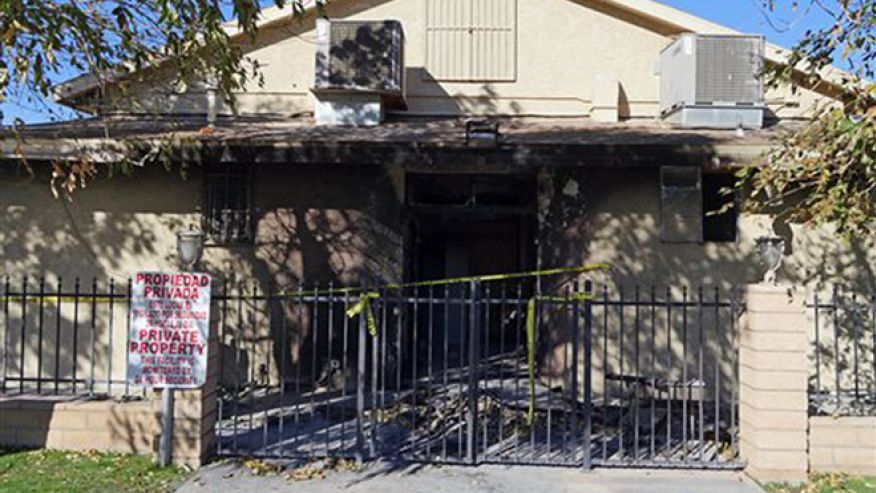 Law enforcement officials are saying a fire at a California mosque was a case of arson and may be a new hate crime against Muslims. The fire comes against the backdrop of increasingly heated rhetoric after the San Bernardino shooting carried out by Islamic extremists, and Donald Trump’s proposal that the U.S. ban all Muslim immigration.

An unidentified person of interest has been detained in connection with the incident, NBC News reports. The FBI and Bureau of Alcohol, Tobacco, Firearms and Explosives are investigating the event, which happened Friday around noon in Coachella, a city about 75 miles from the San Bernardino shooting. No one was hurt, and the fire is still under investigation.

“It’s horribly lamentable that we would paint any group as undesirables based on the actions of an extremely small number of radical folks that don’t represent the religion in any way,” Riverside County Supervisor John Benoit told The Los Angeles Times. “If in fact it was done with the mosque as a target … it’s reprehensible, and the people who perpetrated that act should be treated the way we would any other terrorist.”

Trump called for a moratorium on all Muslim immigration earlier this week.

“Without looking at the various polling data, it is obvious to anybody the hatred is beyond comprehension,” Trump said in a press release announcing the decision. “Where this hatred comes from and why we will have to determine. Until we are able to determine and understand this problem and the dangerous threat it poses, our country cannot be the victims of horrendous attacks by people that believe only in Jihad, and have no sense of reason or respect for human life.”

Who Do College Republicans Support For President?