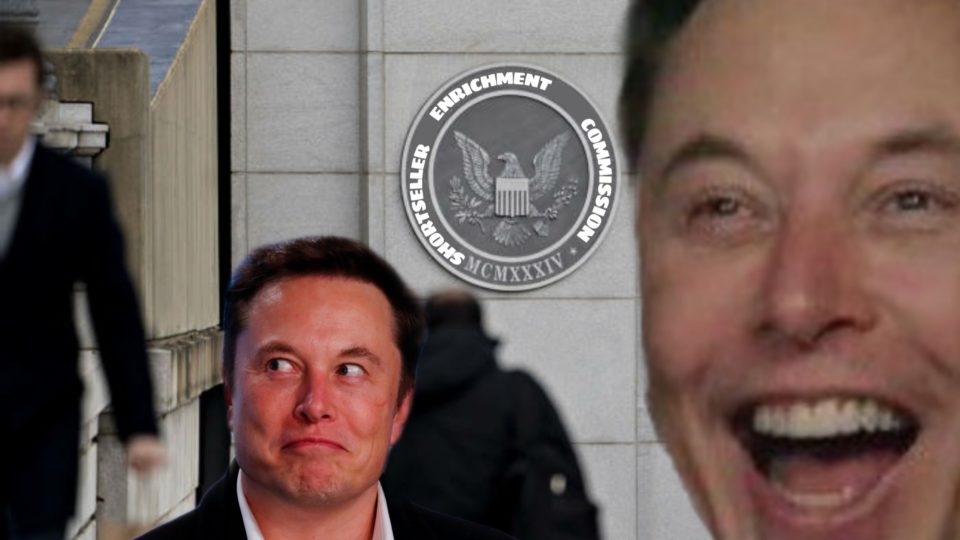 Elon Musk took to Twitter on Thursday and took a series of shots at the SEC (Securities and Exchange Commission).

They’ve been at odds before, where Elon Musk landed himself in some hot water over a Tweet stating he was contemplating taking Tesla private at $420 per share. The Tweet on August 7th of 2018 spurred an investigation from the SEC.

What Musk had stated was a marijuana joke ended in a fraud settlement with the Securities and Exchange Commission who charged that Musk’s Tweet adversely affected the stock price. Shareholders who dumped the stock, or worse, traders who took out short sell options on Tesla lost out when the stock price continued to rise. A short sell position is betting against a stock, and making a profit when the stock value declines. You lose money when the value goes up.

Musk had then nicknamed the SEC as “The Shortseller’s Enrichment Commission.”

The SEC’s charges paved the way for a Civil Class Action Lawsuit representing such traders. On April 15th of this year, a Federal Judge denied Tesla’s motion to dismiss the lawsuit. This is likely where Musk’s renewed ire of the SEC is stemming from.

From The Los Angeles Times:

“In its motion, Tesla said the case should be tossed because the plaintiffs didn’t prove the tweet was false and misleading. The motion said Tesla itself should not be part of the suit because Musk was tweeting as a “potential bidder,” not as Tesla’s CEO. The motion said Musk’s motives did not include burning short sellers. (Short sellers make money when a stock price falls.)”

This leads us to the latest Thursday Twitter Storm where Musk roasted the SEC.

But Musk seemingly has come up with a far more colorful nickname for the SEC as well.

The internet seemingly interpreted that as Suck Elon’s Cock. Probably for good reason. Elon has the vague benefit of the doubt that only he knows what he meant. The internet however went with what they saw as obvious, in both the acronym and the message to the SEC.

He finally did it. He's able to shitpost without it effecting the stock price negatively.