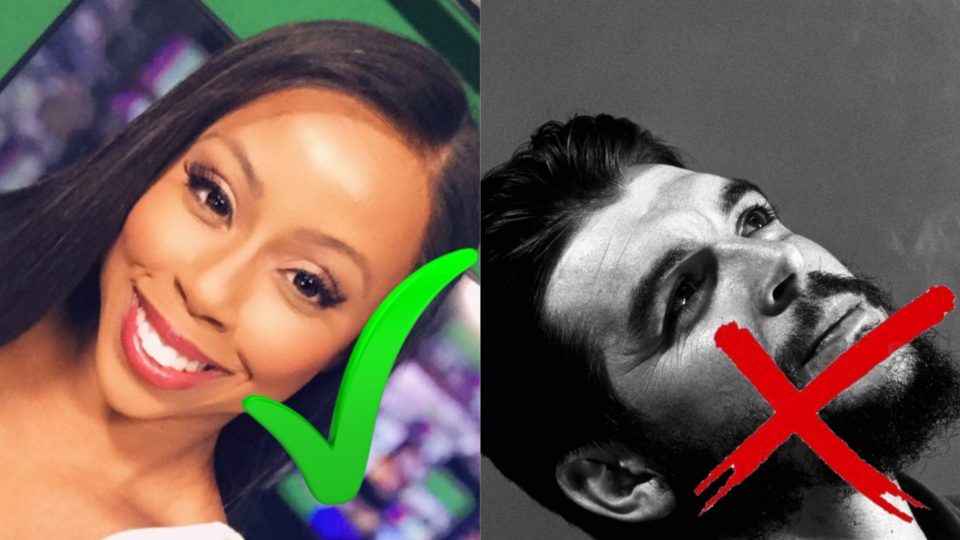 Better Dead Than Red is a line I’ve found myself using on a number of occasions. Perhaps to be edgy, but also perhaps because I believe it.

Absolutely, I would fight a war against an American version of The Great Leap Forward. That may be an extreme case, but don’t slippery slopes tend to slide down to extremes?

Just to give you an idea of scale, in 2017 when people were pushing to remove the statue of Robert E. Lee, President Donald Trump asked in a press conference if George Washington and Thomas Jefferson were next, as they were slave owners.

The article offers a very one-sided narrative against Trump’s comments. From the article:

Mr. Witt called Mr. Trump’s warning of a slippery slope a ‘red herring.’ There have been, after all, no calls to tear down the Washington Monument.

Annette Gordon-Reed, a professor of history and law at Harvard who is credited with breaking down the wall of resistance among historians to the idea that Jefferson had a sexual relationship with Sally Hemings, said that the answer to Mr. Trump’s hypothetical question about whether getting rid of Robert E. Lee and Stonewall Jackson also meant junking Washington and Jefferson was a simple ‘no.'”

John Oliver aired a segment mocking the notion that Washington and Jefferson would be targeted next, implying it would stop before then. Watch the clip below (language warning):

In 2009, MSNBC ran a segment (during the Obama Presidency) stating the word Socialist was code for the N Word.

Fast forward beyond the Bernie Sanders Primary Campaigns of 2016 and 2020, it’s no longer a dirty word.

The media and the left used to shun Anarcho-Communists and their riots. They would say things like the left hates those people more than I did, because it made them look bad. Today, they are openly embraced by both the media and the Left under the brand Antifa, though aside from a rebranding of Anarchist to Antifa, nothing else has changed.

This brings us to a Tweet from The Libertarian Republic Founder and KWOS Jefferson City Morning Radio Host Austin Petersen.

Two things can be true at once. Black lives matter, and Black Lives Matter the institution is dangerous.

So what are the Black Lives Matter demands? Fox News compiled a list from various chapters. 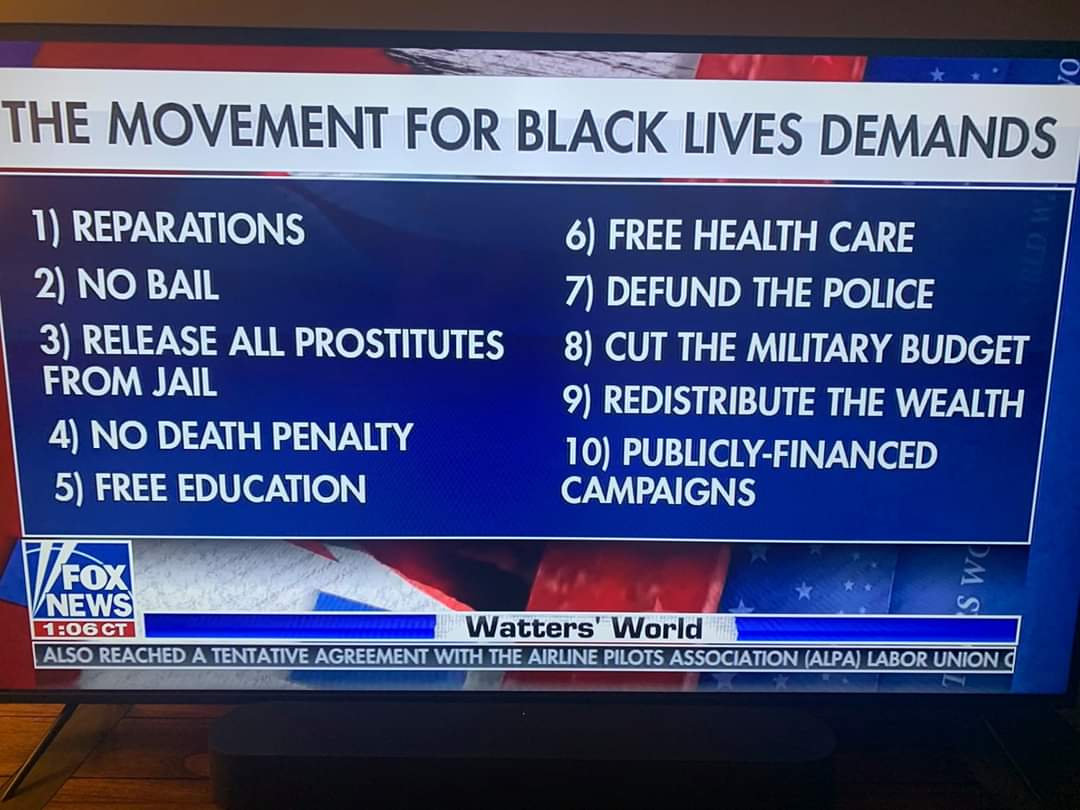 Out of this list of ten demands, I can only jump on board with three of them.

#3 Release All Prostitutes From Jail

As far as Defunding The Police, there doesn’t appear to be consensus as to what that actually means. I would be happy to start with eliminating No Knock Warrants, Civil Asset Forfeiture, The War on Drugs, and Militarization. That seems to fit a few people’s definitions, and I am fine with those steps. If we’re talking about abolishing the police, which a growing number of people are saying “Yes, that’s what we mean,” then that’s going to be a Hard No from me.

However many of the demands listed here are Marxist demands. Government involvement in financing college education through Federal Student Loans, and guaranteeing the cost of tuition, is why college costs have skyrocketed. They can charge what they want, the loan will be guaranteed by the government, and the student is on the hook for it.

Giving colleges a blank check at the expense of every American taxpayer is a disaster of an idea. If the government simply ended this practice, private loans would take over and cap the loan amount based on default risk. It wouldn’t come anywhere close to guaranteeing full tuition. Colleges would be forced to lower tuition to an affordable level and actually work on a budget instead of operating on a seemingly endless cash flow.

People like to admire Japan’s healthy populace and their successful healthcare program, and believe that the former is a product of the latter. In reality, their culturally healthy diet, low obesity rate, higher exercise rate, and extraordinarily low level of violent crimes allow that system to feasibly function and be sustained, whether moral or not. America could never sustain this system without a change drawing us more in line with the factors that allow this system to economically function in Japan.

Redistributing the wealth and reparations I see as being tied together. But individuals are entitled to the fruits of their labor. This is the same reason why I oppose the federal income tax. Capitalism and private innovation have lifted people out of poverty and increased our standard of living. Government interference in the market has only stifled prosperity. The Jim Crow Laws were Laws.

Bail cannot be easily eliminated as it is authorized in the Constitution. Some people are flight risks. Some people are likely to reoffend. I’m not a fan of the #AllLivesMatter hashtag because I believe pedophiles’ lives don’t matter. The idea that everyone should walk until their court date just doesn’t do it. Perhaps this wouldn’t be a surprisingly hot issue if we simply ended the enforcement of victimless crimes.

I felt compelled to tell you that these ideas are not racist, as the merging of economic Marxism into the Black Lives Matter demands is a seeming continuation of the slippery slope. A slope that white leftists will happily push people down. It creates the idea that in order to support black lives, you must subscribe to economic ideologies, in particular ones that have been historically oppressive. Ideas that while good intentioned, lead to disastrous outcomes and the systemic genocide of lower class, lower producers, or not able bodied. People who push for such a system, their lives don’t matter.

Black Lives Matter Protest: A Conversation with an “Extremist”