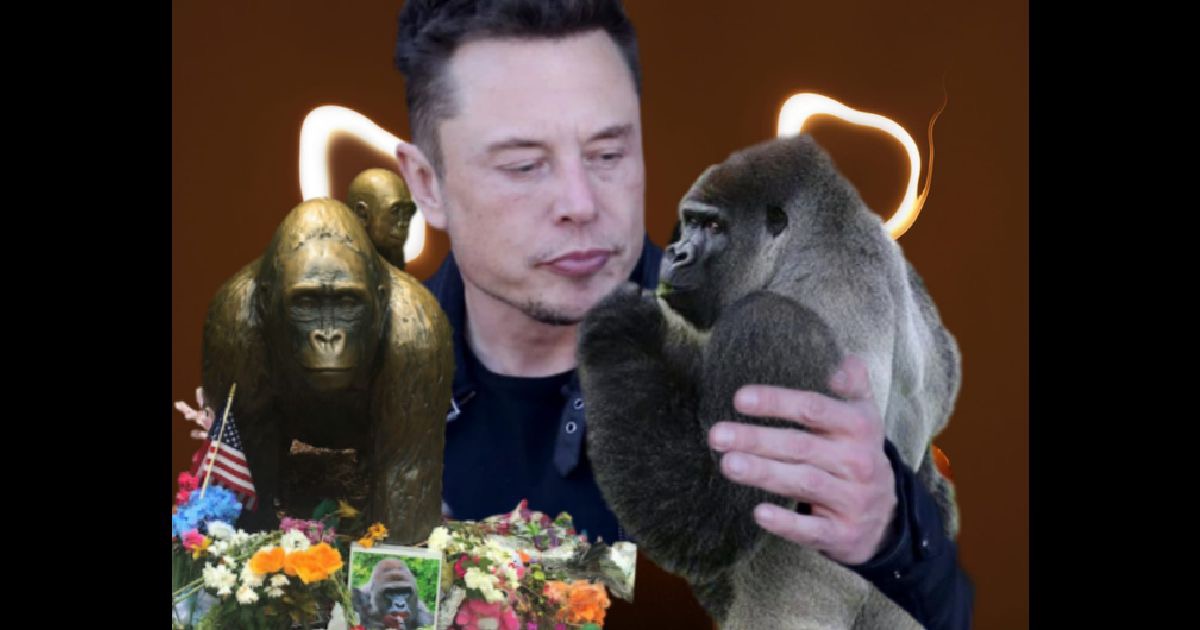 A few weeks ago, a federal judge held Elon Musk in contempt, showing that the S.E.C. won’t let him be, or let him be him… or something. His troubles began, not when he smoked weed with Joe Rogan, but when he may have given inaccurate information to investors through a couple of tweets that could have affected Tesla’s stock price – one of which was a plan to take Tesla private at a price of $420 a share.

Apparently, he’s leveraging that newfound street cred into his first rap single, entitled “RIP Harambe”, which can be heard on SoundCloud under his new label “Emo G Records”. It is, as one might guess, an homage to Harambe (peace be upon him).

“Where my gorilla’s at?”

We may never know if Bush was ultimately behind the death of Harambe. We may disagree on whether or not his shooting was justified, or just how much gorilla lives matter. But one thing is certain–Harambe is in our hearts. And between meme culture and Elon Musk’s efforts to immortalize him in his autotuned track, his legacy lives on.

In fact, to date this is the third rap song immortalizing him. Young Thug and Dumbfoundead have also released tracks named after him. Young Thug’s version idolizes him, while Dumbfoundead links his fate to gang violence and police brutality. In the broader world of music, he’s also in a song by Excision, who’s a Canadian dub producer in collaboration with Datsik and Dion Timmer (of course).

Perhaps one day, there will be a settlement on Mars named after that gentle (or not-so-gentle) giant.

You can listen to Elon’s track here.