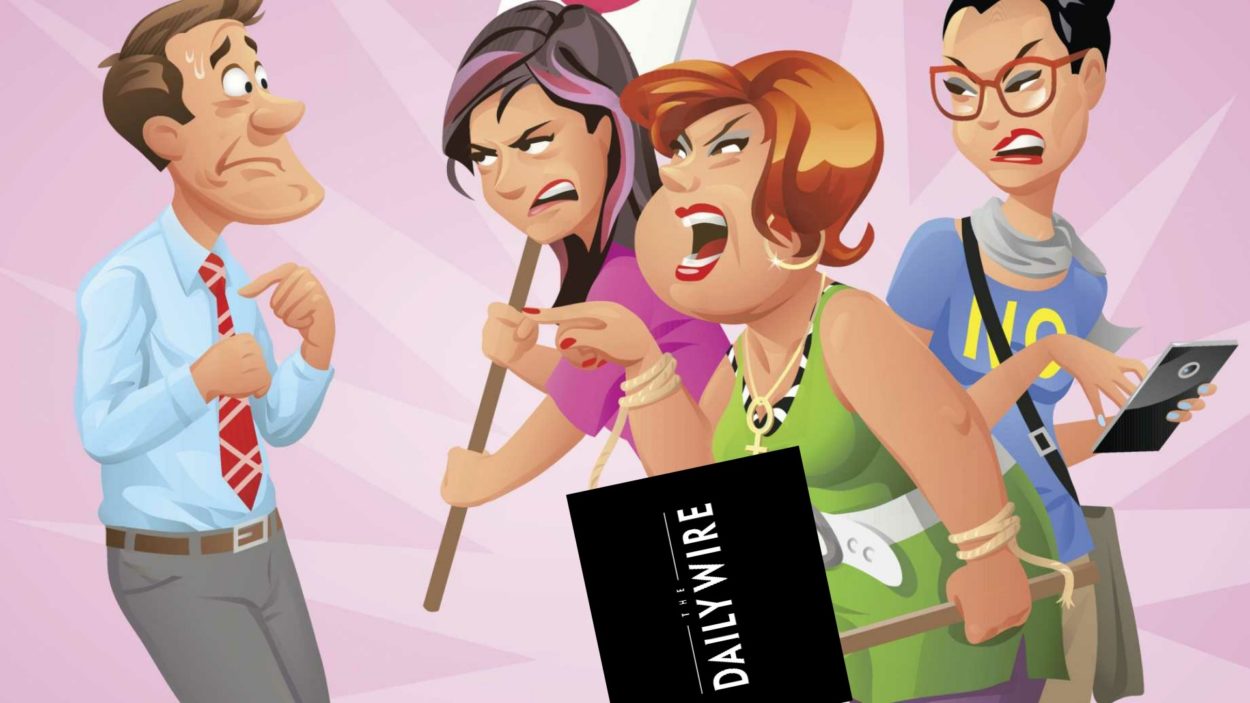 The Daily Wire published an article that sent Men’s Rights Activists (Meninists) into a stir across Facebook and Twitter. The outrage was understandable, with a title reading WOMEN’S RIGHTS? Man Forced To Allow Ex To Use Sperm To Get Pregnant – And Then Pay Child Support.

If that isn’t a loaded headline, I’ve never seen one before. Hell, my headline is a little loaded too, but it’s far more accurate.

Based on the headline alone (a poor but popular way to interpret news), the impression is that the government forced a man at gunpoint to spill his seed in a dixie cup and hand it over. No wonder it made the waves it did.

Of course, an article’s body will typically discredit the accompanying sensationalist headline. However the author offers contradictory accounts of what the article is talking about.

“An Arizona court recently ruled that a woman wanting to use her ex-husband’s saved sperm to become pregnant “outweigh[ed]” the man’s desire not to become a father. Due to this court ruling, the man could also be liable for 18 years of child support.

In 2014, Ruby Torres was diagnosed with bilateral breast cancer. She was told that after chemotherapy she likely wouldn’t be able to become pregnant. She and her then-boyfriend John Terrell decided to preserve some embryos so that she might one day be able to become a mother.”

These are two consecutive paragraphs, not a chop job. In the first paragraph of the above quote, the author stated it was saved sperm in question. In the following paragraph, she states it was preserved embryos in question.

So what’s the difference? Sperm is just sperm, while an embryo is a fertilized egg between two and eight weeks gestation. In other words, if you believe like I do that life begins at conception, an embryo is life.

Furthermore, the second quoted paragraph indicates that John Terrell agreed to preserving the embryos, meaning nobody forced him to use his sperm. They conceived embryos on purpose. It was already used with his consent, which runs absolutely counter to the first paragraph as well as the headline.

The article quoted The Arizona Republic:

“The trial court erred when it placed heavy weight on the parties’ inability to ‘co-parent,'” Judge Jennifer B. Campbell wrote in a 2-1 decision overturning the lower court’s finding. “Nothing in the record suggests that either of them expected or intended to co-parent any offspring derived from the embryos.”

“Terrell, it turns out, originally declined to donate his sperm for the embryos, but changed his mind when Torres suggested she would use an ex-boyfriend’s sperm instead.”

How is this any sort of a rationalization? Torres suggested that she would use an ex-boyfriend’s sperm, so then Terrell donated his? This makes absolutely no sense. The mother should absolutely have access to these embryos and carry the life they already created. That child has a right to life, and the mother has a right to her child. Saying otherwise is a pro abortion argument.

The purposeful conflation of sperm and embryos throughout the article (or astounding inability to know the difference) makes the article a crypto pro-abortion piece. The author’s dehumanization of these conceived embryos is unconscionable.

If you’re pro-life and believe that life begins at conception, you should not see any issues here. Does life begin at conception or nah? The contract signed only has argumentive merit if you are Pro Abortion and believe such a contract supercedes the right to life. You are stating that you are okay with the parent deciding the fate of the embryo. You are Pro Choice.

The idea of Terrell paying child support is debatable, but there’s a good case for it considering he conceived on purpose. This wasn’t a random donation.

I’m very well aware that Daily Wire founder Ben Shapiro believes life begins at conception. I also don’t expect him to require his authors’ views to 100% align with his. Not censoring your writers is a good thing.

However what disappoints me is the complete disregard for integrity in this piece by characterizing embryos to be identical to sperm. This is both immoral and gravely unscientific. I hope Ben Shapiro will sit down with his writers and encourage them to be better.