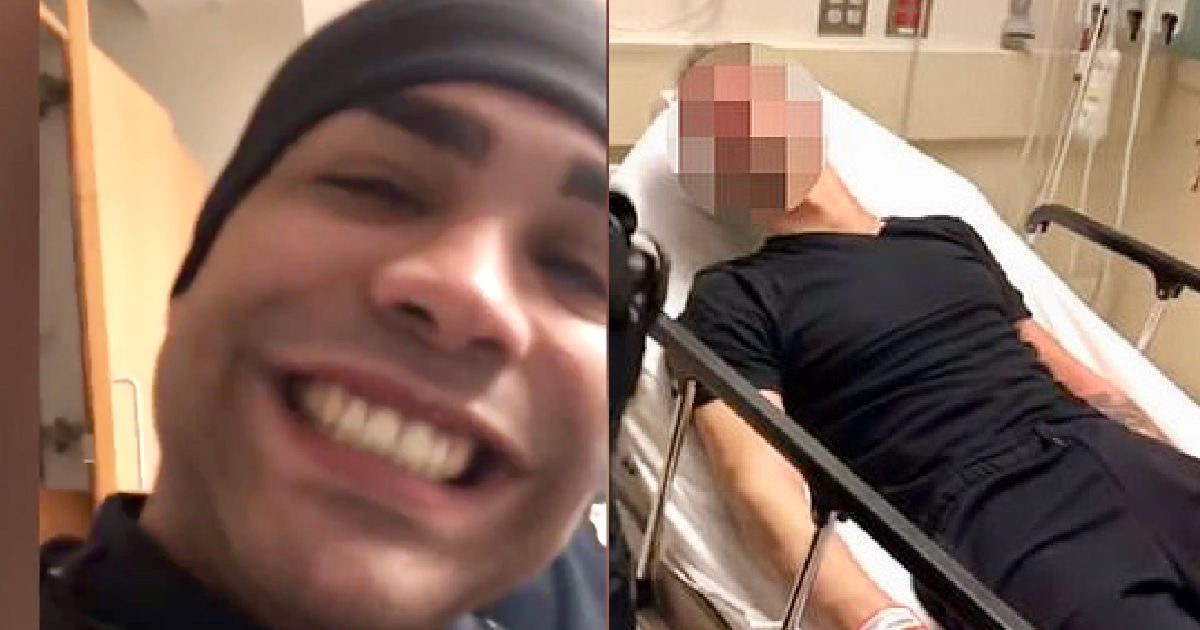 A police officer in Paterson, New Jersey was caught on video beating a suicidal man while he lay in a hospital bed.

Officer Ruben McAusland, age 27, was recorded in a video shot by a fellow officer who said, “Do it! Do it!” as McAusland slapped the man in the face twice so hard that blood splattered on the bed.

The man who received a beating from police was later identified as Andrew Casciano who was taken to St. Joseph’s Medical Center by the local firefighters after he attempted suicide. McAusland and other officers met Casciano, who was sitting in a wheelchair in the waiting room at the time. Casciano said he was punched in the face by Officer McAusland before he was wheeled back to the hospital room and beaten for allegedly insulting McAusland according to NJ.com.

Once in the hospital room, McAusland put on a pair of gloves and slapped him in the face so hard blood spattered from his face on the bed. The man’s wounds were so severe he had to have surgery, according to NJ.com.

It was also reported that the officer who filmed the beating, identified as Roger, is awaiting sentencing for recording the beating, and falsifying reports to hide it.

NJ.com also reported that Officer McAusland pleaded guilty last year to selling marijuana, heroin, and powder and crack cocaine that he stole from a crime scene. McAusland sold the drugs to a person working with law enforcement, U.S. Attorney Craig Carpenito said in a statement.

“Through prosecutions like this one, police officers like McAusland – who dealt drugs, stole from a crime scene, and viciously attacked a person who sought help from the Paterson Police Department – are removed from positions where they can violate the public trust and deprive others of their civil rights under color of law,” Carpenito said in the statement according to NJ.com.

How To Write a College Essay Application