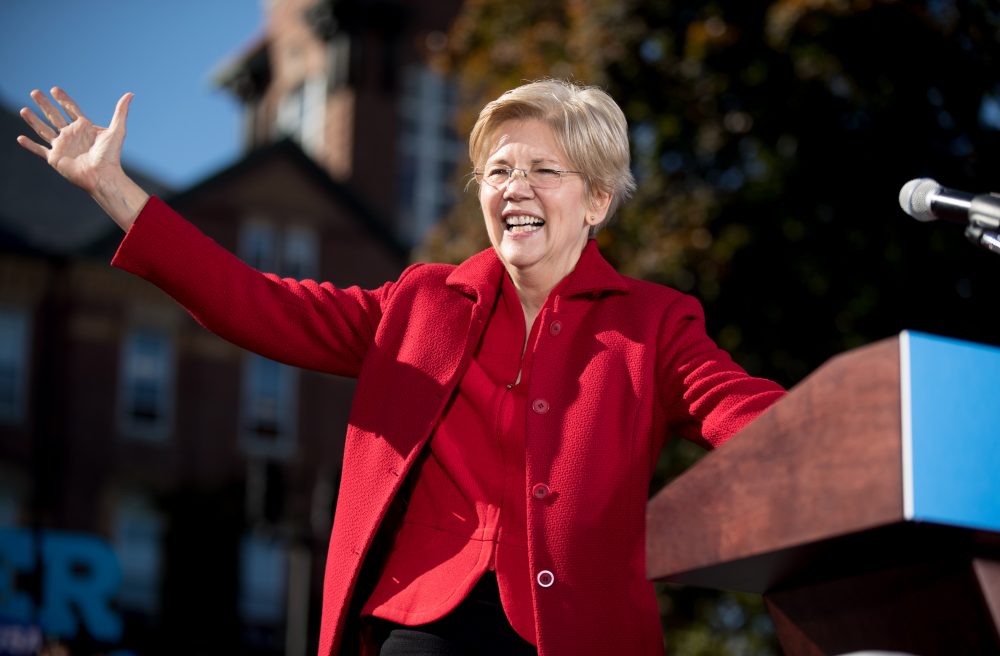 Massachusetts Democratic Sen. Elizabeth Warren made $430,379 in gross income from her writings in 2017 alone, according to a pile of tax returns dating back a decade that her campaign released Wednesday.

Warren and her husband, Harvard Law School professor Bruce Mann, had an adjusted gross income of $913,000 in 2017, according to tax returns posted by MassLive. Releasing the financial documents could be a precursor to Warren’s announcing a 2020 presidential bid, reported CNBC.

Publishing memoirs and other books can also be viewed as a lead-up to a presidential run. Warren has authored or co-authored at least seven books, including her 2017 book “This Fight Is Our Fight: The Battle To Save America’s Middle Class,” which earned her a $200,000 advance from publishers, reported The Boston Globe.

That advance was nothing compared to her $525,000 advance for her 2014 memoir “A Fighting Chance,” reported The Hill.

Warren is up for re-election to a second term in November. Her Republican challenger will be chosen in a Sept. 4 party primary where voters will have their choice of three candidates, including former Romney aide Beth Lindstrom, reported WBUR.

Trump To Appear At Convention Center During Anime Convention

Kindness: A Pathway to a Satisfying Life