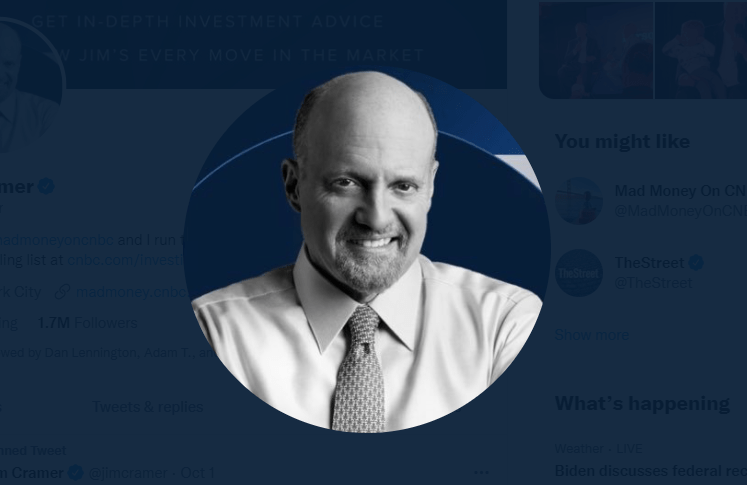 CNBC host Jim Cramer took to Twitter today to attack people who believe that vaccines shouldn’t be mandated, causing his name to trend on the social media platform.

This was Cramer’s latest attack on the unvaccinated and their defenders, and this latest broadside seems to have caused him quite a bit of frustration from the pushback he’s received to it.

I think Jim Cramer needs to get off Twitter for a while for the sake of his mental state. https://t.co/E3ab0yNJdv

This comes on the heels of his latest Twitter trending fiasco, where called for the military to run a universal mandatory vaccine program, with those who refuse being required to stay home.

Twitter users have been pounding Cramer over his statements. Juanity Broaddrick called him a crook and shared a very unflattering video.

Cramer’s statement about government has the “right” to force people to obey is a common error in thinking that is sadly reflected in the thoughts and words of many Americans. Even conservatives frequently use the term “states rights” which implies that a state, or a government, itself has rights. But that’s not true. Only people have rights. States, and/or governments, have powers. Those powers are strictly limited, and must be enumerated.

This may seem like an argument over semantics, but it’s important. A right is a guarantee, something that cannot be abrogated or taken away. A government cannot have a right, because a right is unalienable. Even the Constitution itself can be amended. Thus government, or a/the state, can never be said to have rights. Only people have rights that are unalterable, unalienable, and unbridged.

Jim Cramer is wrong. And stupid.

What steps can new players use to find a reputable online casino in 2022?