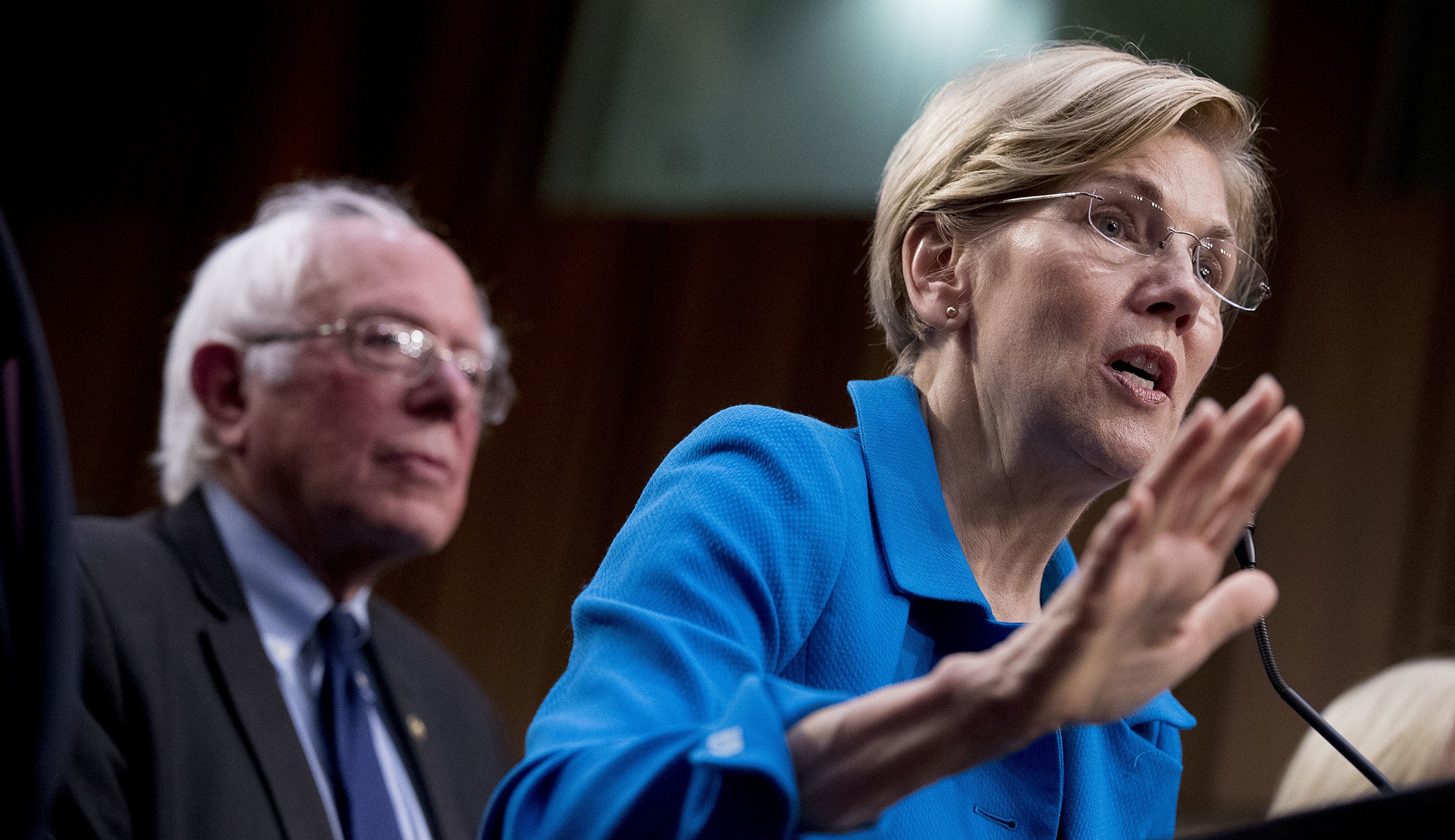 Massachusetts Democratic Sen. Elizabeth Warren distanced herself from the Sanders wing of the Democratic Party by saying she was not a socialist in an interview with BuzzFeed News published Thursday.

The answer arose after Warren was asked to explain the difference between her and Vermont Independent Sen. Bernie Sanders, a lingering question as Democrats are already discussing potential challengers to President Donald Trump in 2020.

Throughout the Obama years, as BuzzFeed notes, Warren was seen as the de facto leader of the progressive wing of the Democratic Party. With Sanders’s primary challenge to Hillary Clinton in 2016 as an open socialist, that position is in the air.

Yet Warren seems to have her line when asked to differentiate herself from Sanders.

“He’s a socialist,” Warren said, “and I believe in markets.”

Such a break with Sanders could prove significant as the Democratic Party continues its march leftward.

Whether a belief in markets is enough to convince her party’s base that she’s authentic enough has yet to be seen — as has whether conceding that markets are preferable over central planning is enough to not scare away independents.

Warren has also told other interviewers that she, unlike Sanders and others, is not interested in entirely remaking the American economy.

In a July interview with CNBC, Warren gave more evidence of how she’ll continue separating herself from Sanders in the years ahead.

“I am a capitalist,” she told an interviewer. “Come on. I believe in markets.”

An an aide to Warren supported her position to BuzzFeed, saying, “She believes in markets. She loves markets.”

Of course, a mere belief in markets does not necessarily mean Warren would not be in favor of implementing tremendous changes to the safety net or regulations. Many on the left point to Scandinavian countries like Norway and Sweden as models for a social democratic United States.

In those countries, markets still exist besides a robust welfare system.

Despite her efforts to distance herself from Sanders and the “socialist” label, supporters of Warren see an overlap of her base with the Vermont senator’s.

“There’s gonna be a splintering of support for candidates,” Draft Warren co-founder Charles Lenchner told BuzzFeed. “The question I’m asking is how do you cultivate maximum unity between supporters of Bernie and Warren so that they will enter the race planning and hoping to be on the same side in the final run.”

Still, her supporters worry that Sanders will always be able to trump Warren when trying to seem authentic.

While in general identifying as a socialist might come as a liability, distancing oneself from the label could prove an asset in a competitive Democratic primary.

“There’s a looming danger of Bernie supporters saying she’s just as bad as the corporate Democrats,” Lenchner said. “She’s our best hope if Bernie can’t do it.”

Washington Gov. Jay Inslee Labels Trump A ‘Co-Conspirator’ In Air Pollution Deaths That Haven’t (And May Not) Happened

Alex Merced: “Let’s all be Libertarian together!”