4. Remind them of Abe Lincoln. 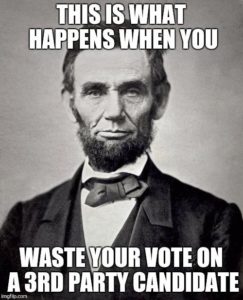 This is particularly effective in evoking anger if you aren’t having this discussion south of the Mason-Dixon line or near any anarcho-capitalist conferences.

5. Use logic to explain how your vote for a third party isn’t wasted. 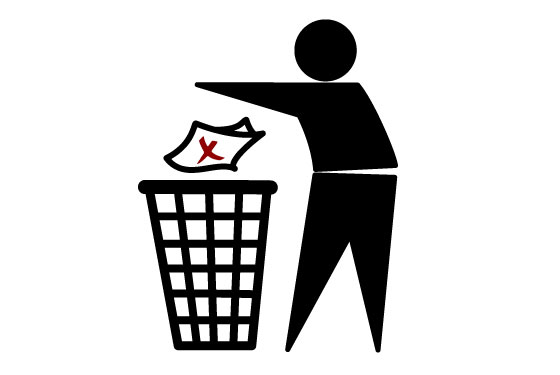 How many of you have a “third party is a wasted vote” reaction meme folder on your phone?

John Quincy Adams once said, “Always vote for principle, though you may vote alone, and you may cherish the sweetest reflection that your vote is never lost.” Aside from that very poignant point, we have all explained the electoral college ad nauseum, how even if we didn’t have a horse in the race we would not vote for one of the two other clowns regardless, and how math works. Don’t forget what you’ve learned.

6. Use logic in general. A large portion of their arguments aren’t going to make sense. They will employ ad hominem attacks, slippery slope arguments, “no true Scotsman…” pleas… the list goes on and on. Keep an eye out for logical fallacies. Know how to identify and how to defeat them.