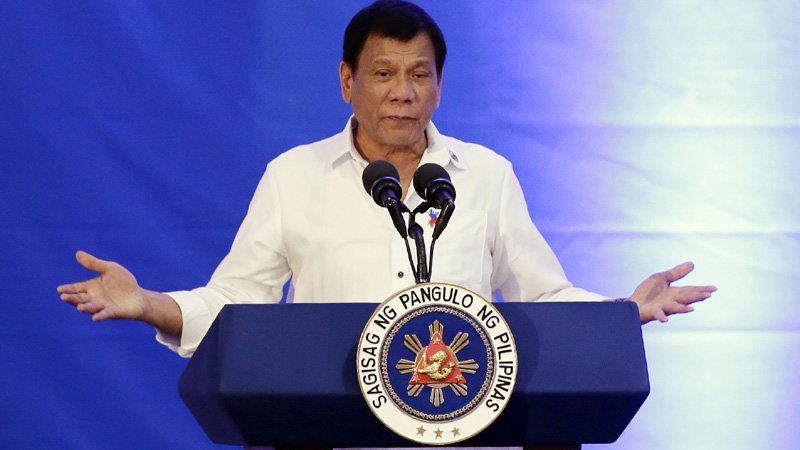 A Duterte administration official argued that suspected drug criminals are not human, and that’s why they can be killed without consequence.

The drug war in the Philippines has resulted in the deaths of more than 7,000 people. The majority of these deaths in the anti-narcotics crackdown are believed to be the results of extrajudicial killings carried out by police and vigilantes.

“Acting on orders from the very top, policemen and unknown killers have been targeting anybody remotely suspected of using of selling drugs,” Rawya Rageh, a senior crisis adviser for Amnesty International, told AFP. “Our investigation shows that this wave of extrajudicial killings has been widespread, deliberate and systematic, and therefore may amount to crimes against humanity.”

In response, Justice Secretary Vitaliano Aguirre said that drug criminals are not human.

The justice secretary’s words are reminiscent of the argument Duterte made last summer.

“Crime against humanity? In the first place, I’d like to be frank with you: are they humans? What is your definition of a human being?” Duterte asked in August. “Human rights? Use it properly in the right context if you have the brains.”

The Philippine National Police said in a statement that it “has always observed and upheld respect for human rights.”

The PNP’s assertion contradicts Duterte’s claim Monday that 40 percent of the police force is “corrupt to the core.” Duterte has temporarily put his anti-narcotics campaign on hold to purge rogue cops in response to the murder of a South Korean national.

Open Borders: Lesser Threat to Life and Property Than the Trump State