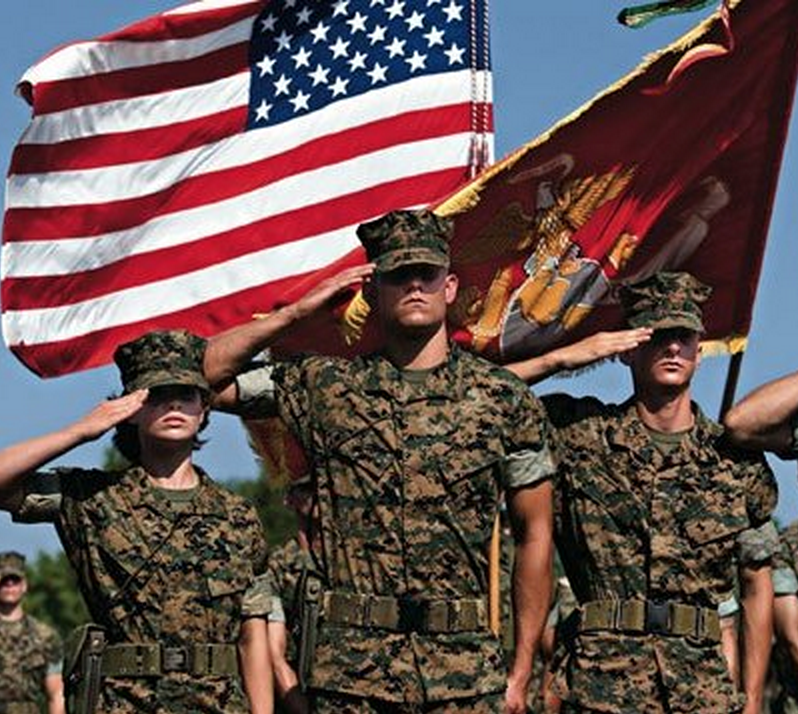 Following the Chattanooga shooting that took the lives of five servicemen, officials have shut down several recruiting facilities and warned Marine recruiters not to wear uniforms in public areas.

The changes arrived rapidly, coming just a day after the shooting. Marine Corps Recruiting Command immediately recommended that recruiters not wear their military uniforms in the interim period, though it is unclear whether such a move will hinder the identification of active-duty military.

Defense Secretary Ash Carter has told the services to have more security policies for him to review by the end of the week, Marine Corps Times reports.

Last Thursday, 24-year-old Mohammad Youssef Abdulazeez opened fire on two separate military facilities in Chattanooga, resulting in the deaths of four Marines and one sailor. Abdulazeez was quickly killed after a standoff with the police.

Twitter immediately lit up with disgust in response to the uniform decision, as well as skepticism that simply removing a uniform will do little to dissuade any would-be terrorists from properly identifying targets. 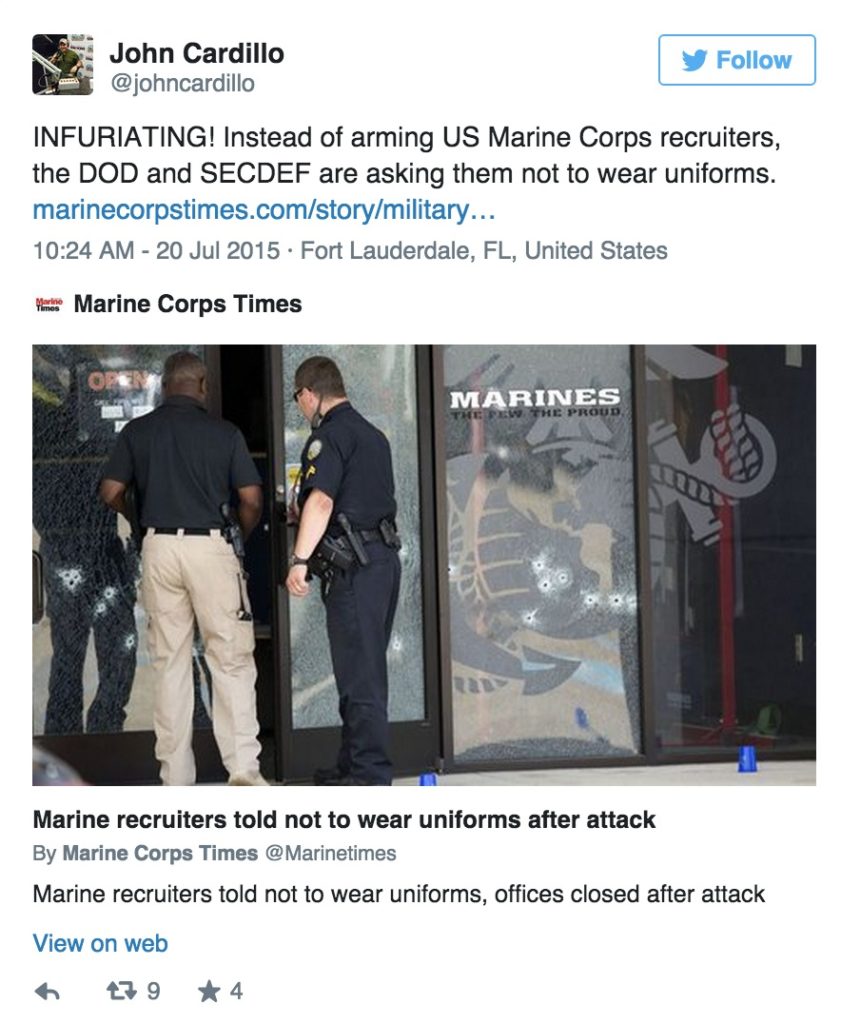 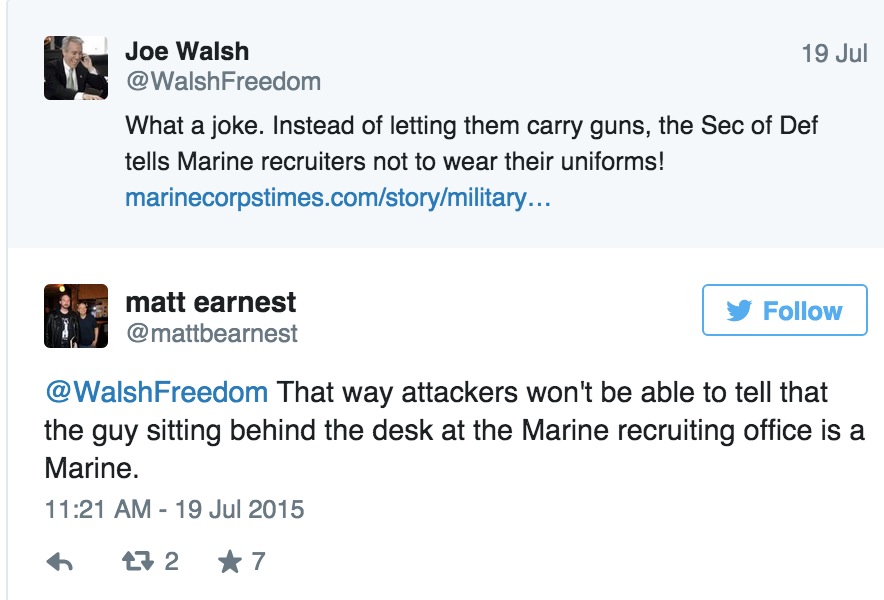 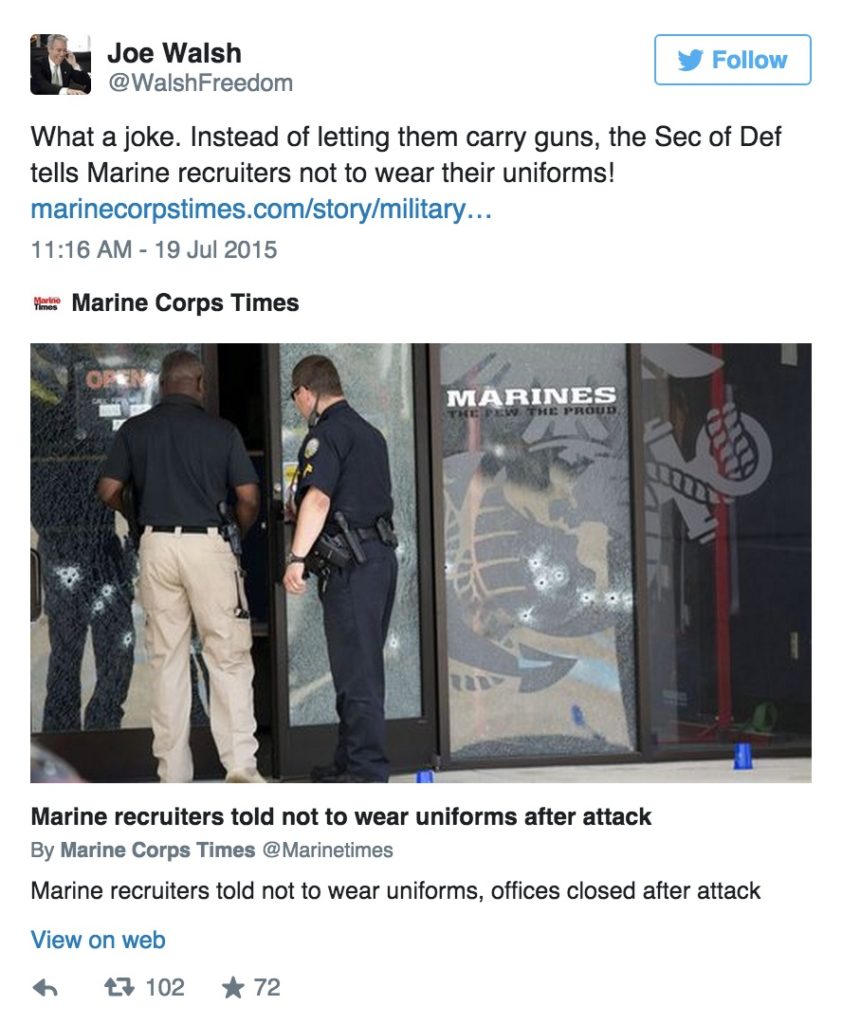 The policy of asking personnel to remove uniforms has a controversial history. After British soldier Lee Rigby was run down and beheaded in 2013, defense officials in Britain told troops not to wear the uniform while traveling alone, or on public transit. The policy attracted immediate backlash from those in the service, like Col. Richard Kemp, who commanded British forces in Afghanistan.

“Personally, I would argue against it,” Kemp stated, according to The Telegraph. “As we saw in this case you don’t need to have somebody in uniform, you just need to have someone who knows a bit about soldiers and does a bit of observation in the vicinity of a barracks and you can identify a soldier very quickly.

Reaction to the recent uniform ban in the U.S. took on a much more heated tone, given that Gen. Ray Odierno, chief of staff of the Army, said Friday that no plans currently exist to arm military personnel. Odierno argued that arming personnel may cause more problems than it solves, namely because of accidental discharges. He also pointed to potentially thorny legal issues because a law still exists on the books regarding arming Army personnel off-base, dating back to the 19th century.