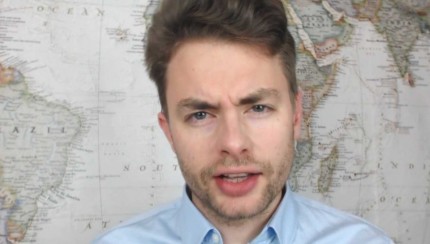 Infowars, which had been some of President Donald Trump’s biggest supporters during the election, is officially off the Trump train. The Editor in Chief of Infowars, Paul Joseph Watson, unleashed on Trump in a series of tweets.

I guess Trump wasn't "Putin's puppet" after all, he was just another deep state/Neo-Con puppet.

I'm officially OFF the Trump train.

And he is apparently giving up on Trump, saying that he is going to be focusing on Marine Le Pen and the French presidential election.

It's been fun lads, but the fun is over. I'll be focusing my efforts on Le Pen, who tried to warn Trump against this disaster.

Meanwhile Alex Jones has not commented on the missile strikes conducted by the United States.

Trump goes to War, Paul Demands He Does it Constitutionally